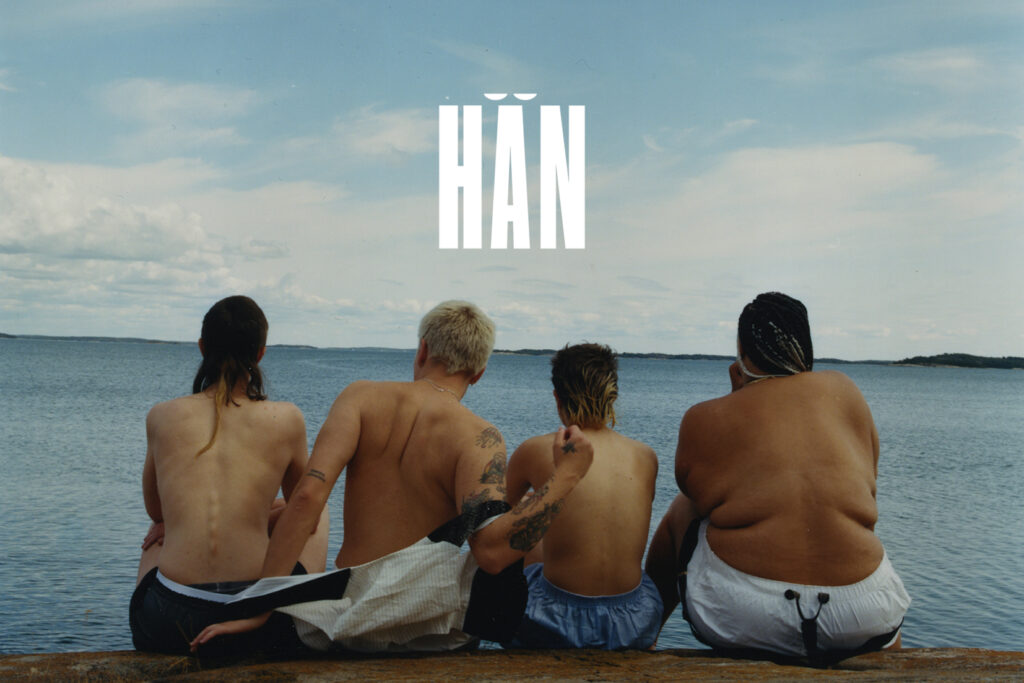 The exhibition dedicated to the faces of queer Finland is a collaborative project of London-based Finnish designer Ella Boucht, director and photographer Heather Glazzard, videographer Nora Nord and producer Bryanna Kelly. Building on Boucht’s previous body of work, it seeks to find a new representation for butch and masc identities within the contemporary LGBTQI+.

HÄN is a director’s debut for Heather Glazzard, who started their creative career in photography, aiming to create a new narrative of queer and trans bodies in fashion and portraiture. Nora Nord is a visual artist focusing on sexuality and mental health, especially an impact of ADHD on identity and creativity of today’s youth. Both based in London, Glazzard and Nord are a couple and frequent collaborators exploring queer intimacy and beauty in all their glorious complexities.

The display showcases a range of Boucht’s tailoring and leather pieces, Glazzard’s photography and the film titled HÄN, which is a visual ode to contemporary Finnish queerness filmed in Iniö in the archipelago of Turku. HÄN aims to show LGBTQ+ people from different backgrounds living in Helsinki, focusing specifically on butch, dyke, non-binary, trans and masc-presenting queer people whose spirit, beauty and life perspectives are often overlooked by the mainstream culture.

The short film takes place among forests and the sea, taking queerness out of the often implied club or urban settings – showing that queer identity and community can thrive beyond the busy cities. It puts Finland’s LGBTQ+ on the map of global culture, while also building the bridge between queer communities in Helsinki and London – a temporary queer utopia free to visit for all.