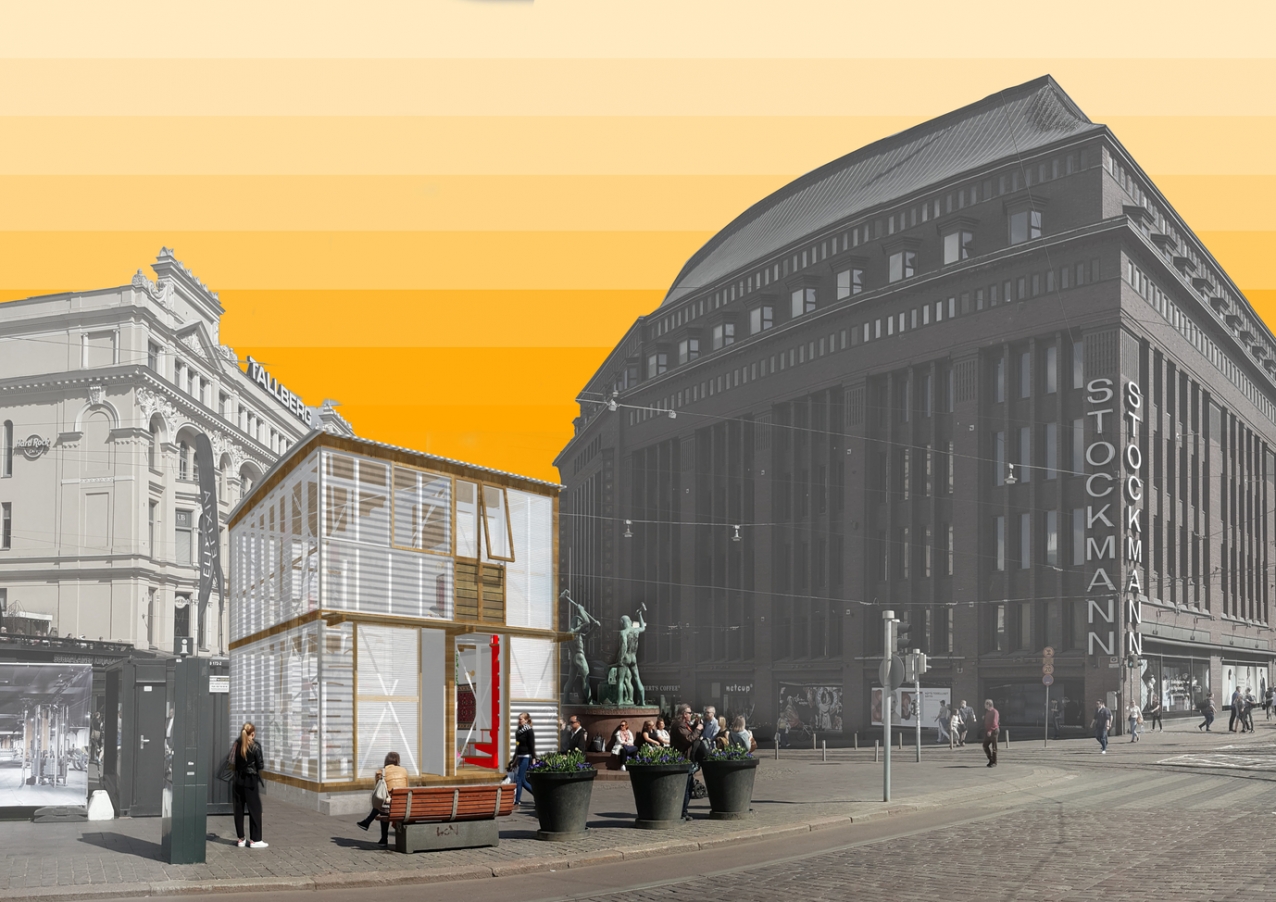 The HDW HOP series presents six installations that enliven the city centre during Helsinki Design Week from 7 to 17 September.

The HDW HOP series presents six installations that enliven the citycentre during Helsinki Design Week from 7 to 17 September.

In September, the Helsinki centre will be occupied by huge urban installations. The installation series consist of works by Finnish and international designers and architects, and will study the theme of a city in development.

All installations and their designers will be presented in Helsinki Design Weekly. We’ll celebrate the opening of the HDW HOP installation series together with all citizens on September 7.

Who is behind this installation and which other works have the group done before?

HSIEH and his team have been working on several catastrophe sites as well as rural areas around the world to promote participatory, cooperative and sustainable building methods. The 2011 Curry Stone Design Prize was awarded to HSIEH Ying-Chun to champion his work as engines of social and technical progress by building more than 3.000 houses with local people in natural disaster zones in Taiwan and Mainland China.

How was the idea for the installation born?

The initial idea of “People’s Architecture” installation was initiated by CHIU Chen-Yu and architect Marco Casagrande. The fundamental idea is to convert the existing parking spaces in the city centre into a site for people building their own houses: the costs of building a minimum house should be equal to buy a decent car.

The future cities need more houses, jobs and less cars. Building houses by people on parking spaces allows them to own their houses, have their jobs and reduce cars on the roads.

Why should people come to see your installation?

Our installation could serve as inspiration for people reclaiming their right to design, build and own their houses in developing their cities.

What will the city of the future be? What should not be disregarded when developing cities?