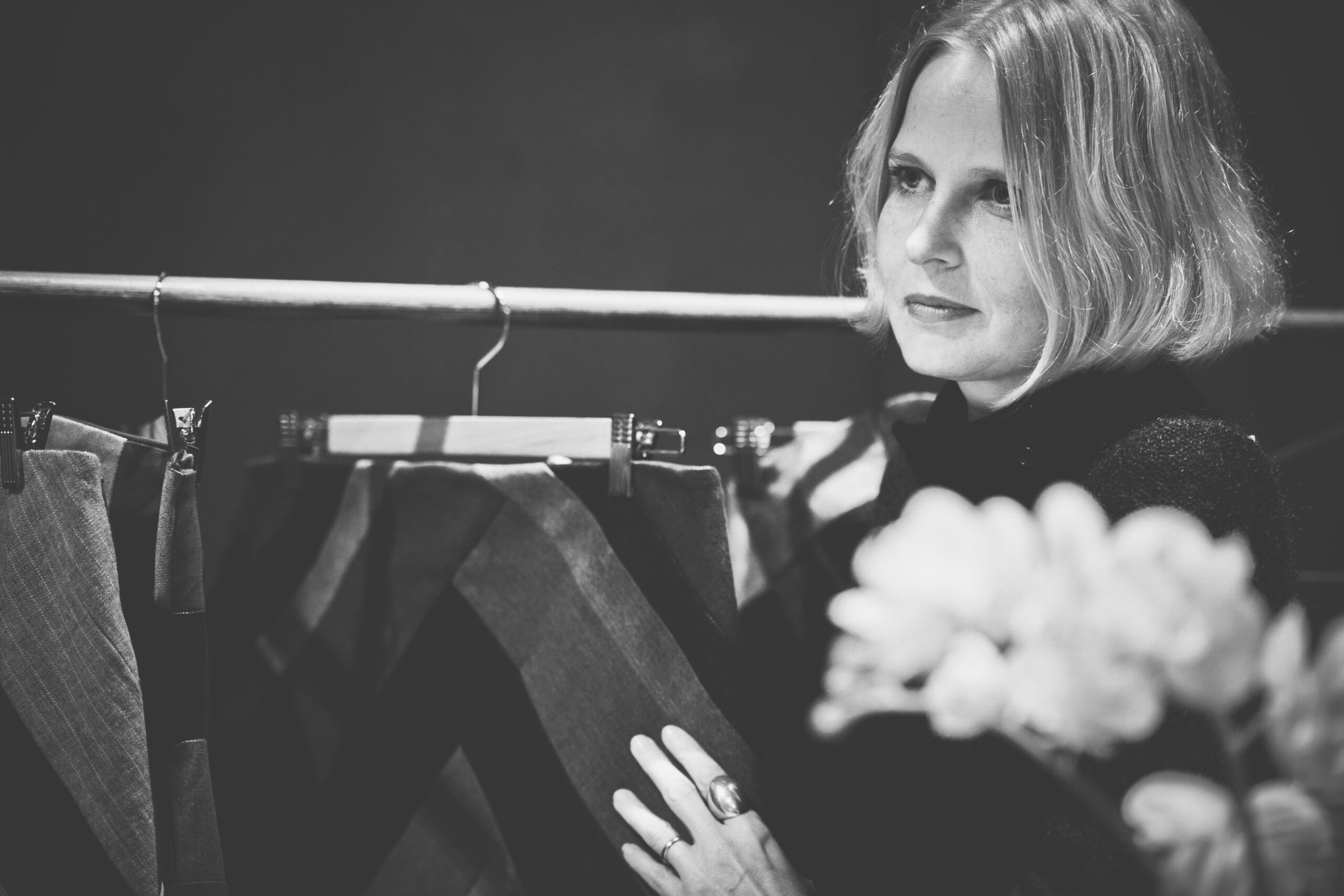 Fashion designer Tytti Thusberg is one of the few Finns living in the Basque Country. She’ll participate in the Design Diplomacy event organized at the Embassy of Finland in Madrid on the 16th of November. Design Diplomacy is a discussion concept developed by Helsinki Design Week during which designers from two different countries talk about design. Thusberg told Weekly how she ended up from Kuopio to San Sebastian and about her work as a designer specialized in sustainable fashion items.

“I graduated from the design academy of Kuopio in 1995. For my diploma work, I developed a new method to make ecological clothing by felting and embroidery. In the same year, I won the Finnish competition of the Smirnoff International Fashion Awards. I’m grateful to the jury that they chose me to represent Finland in South Africa even if I wasn’t a mainstream designer at that point. The final in Cape Town displayed a high standard, and I gained plenty of international publicity. Due to succeeding in this competition, I applied for an art grant from the Finnish province of Mikkeli, and they gave me one to work with for six months.

I was curious to see other countries, and as the grant was also applicable outside Finland, I decided to visit a traditional wool production country, such as Iceland, New Zealand or Scotland. But then I thought of my friend Iñaki, who came from the Basque Country and whom I’d met during my studies in Kuopio. Iñaki told me that there are lots of sheep in the Basque Country and that the circles in my felt pieces reminded him of the Basque culture and its round symbols. I decided to move to San Sebastian.

I was lucky to find a studio in a dynamic centre for modern art and culture, Arteleku. After that I became friends with various artists and representatives of different fields of culture. I was even more fortunate to later marry Iñaki, who is now father to our two sons. 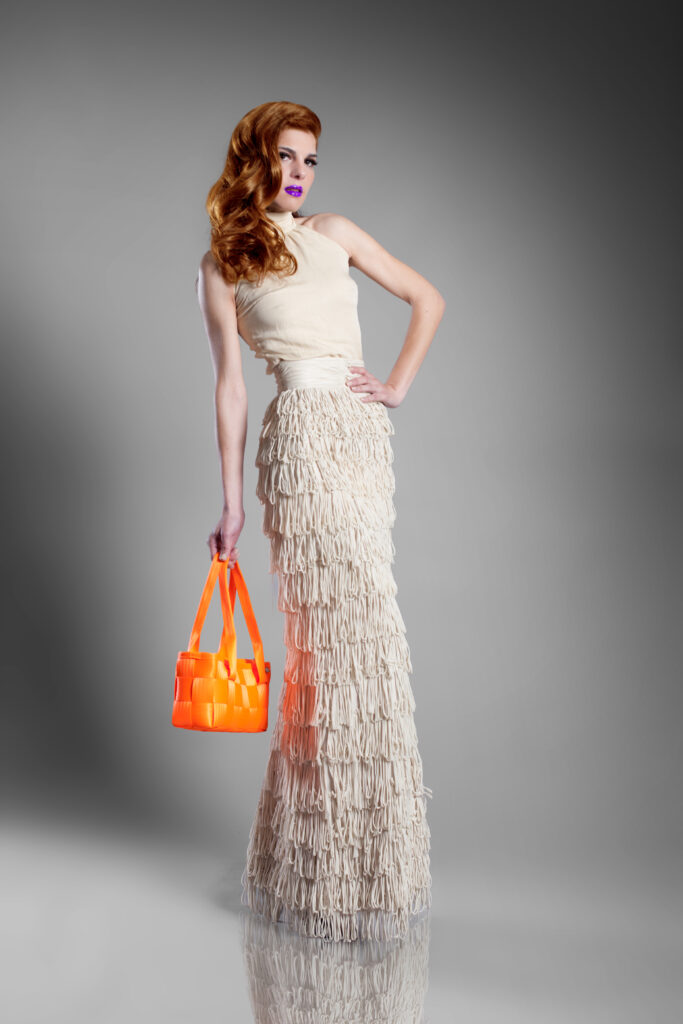 Thanks to the encouragement received at Arteleku, I applied for a private exhibition space. It was located in an old stone castle, and for that I created so called clothing sculptures made of recycled materials. I wanted to show that it is possible to create beautiful items by recycling waste. At the time recycling was considered intrinsic, and design was not a key issue. To my surprise, the exhibition was a popular success and caught media attention. Soon after this I won Mod’art, a competition that combines recycling with art, in Barcelona. This publicity brought on many requests for cooperation from industrial recycling companies.

I got my own studio in San Sebastian, within my own living district. At some point, I decided to change direction and wanted to make daywear of recycled textiles in addition to art and sculptures. I used cotton and linen in particular. The designs are based on the slow fashion recycling philosophy I’ve developed. I’ve wanted to create solutions to the problems involved in fashion: disposability, environmental impact and working conditions. My bag collection is called Slowbag. The products are made of recycled safety belts, and they are registered and patent protected.

My art and business have taken me to most interesting places. For example, I was invited to present at the first eco fashion event in Costa Rica, I’ve participated the Ecoluxe fair in London, and a couple of years ago, I had the honour to close the Salon Show during the Berlin eco fashion week as part of the Mercedes Benz Fashion Week. 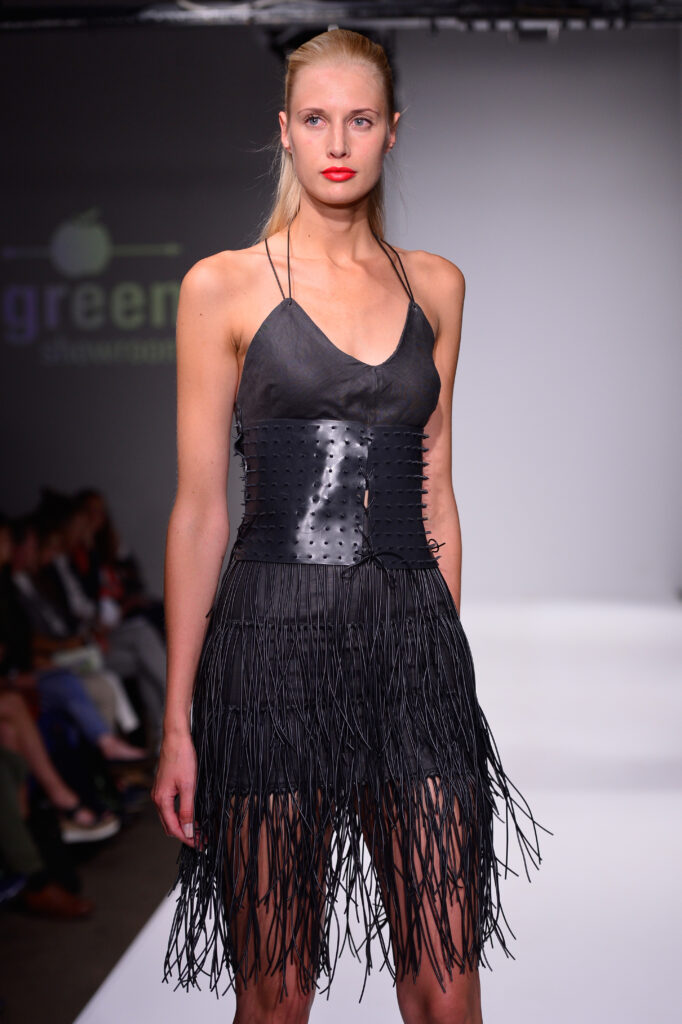 I’ve been recycling and using leftover materials since I was a young girl. For example, I would use an old cotton sheet to make a dress, and in the 1980s, I pimped my second hand clothes into something new – I was not a punk rocker but I definitely represented a DIY attitude. I learned that partially from my Grandmother, who knitted sweaters and used every piece of yarn that was left to make socks, mittens and whatever necessary. During my studies, ecological fashion became the talk of the town, and I immediately felt close to the subject.

At least in those days, the school emphasized the importance of classic and sustainable design, but this was more related to product design than fashion. I thought: why not apply the same idea to fashion? After all, Marimekko did it in the 1960s. 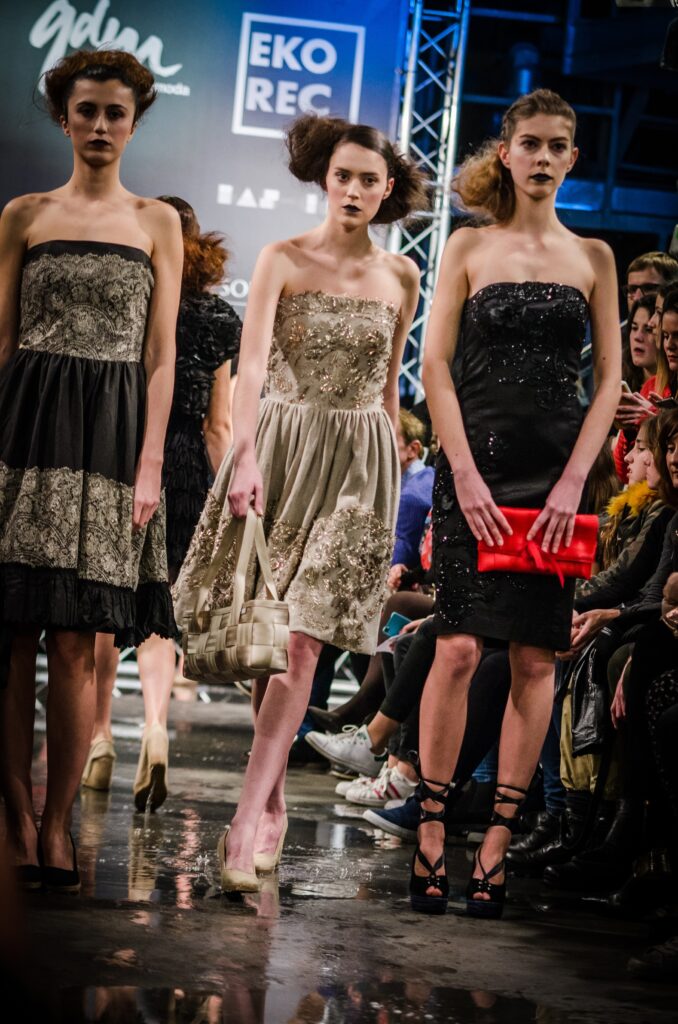 I am very satisfied with my current situation. In addition to my own design projects, I consult young fashion designers in a residence called Kutxa Kultur Moda. I like working with young talents despite its occasional challenges.

In addition to all this, I’ve been involved in costume design since a young age, and I make stage costumes for local theatre groups. My most laborious assignment has been A Midsummer Night’s Dream, one of Shakespeare’s plays and the largest project pursued by San Sebastian when it was the European Capital of Culture in 2016.

At the moment I’m working on an interesting show: The University of the Basque Country, the environmental department of the Gipuzkoa region, and a local textile association called Ekorec have created recycled textile material of plastic waste, fish nets and local sheep wool. I’m creating twelve outfits of this new eco material.”

The Design Diplomacy event at the Embassy of Finland in Madrid on 16 November with Tytti Thusberg and Spanish Graphic Designer Manuel Estrada as guests. In Design Diplomacy, two design professionals from different countries play a special card game. Playful questions challenge both the speakers and the audience. In addition to Helsinki Design Week, Design Diplomacy events have been organized in Reykjavik and Tokyo.