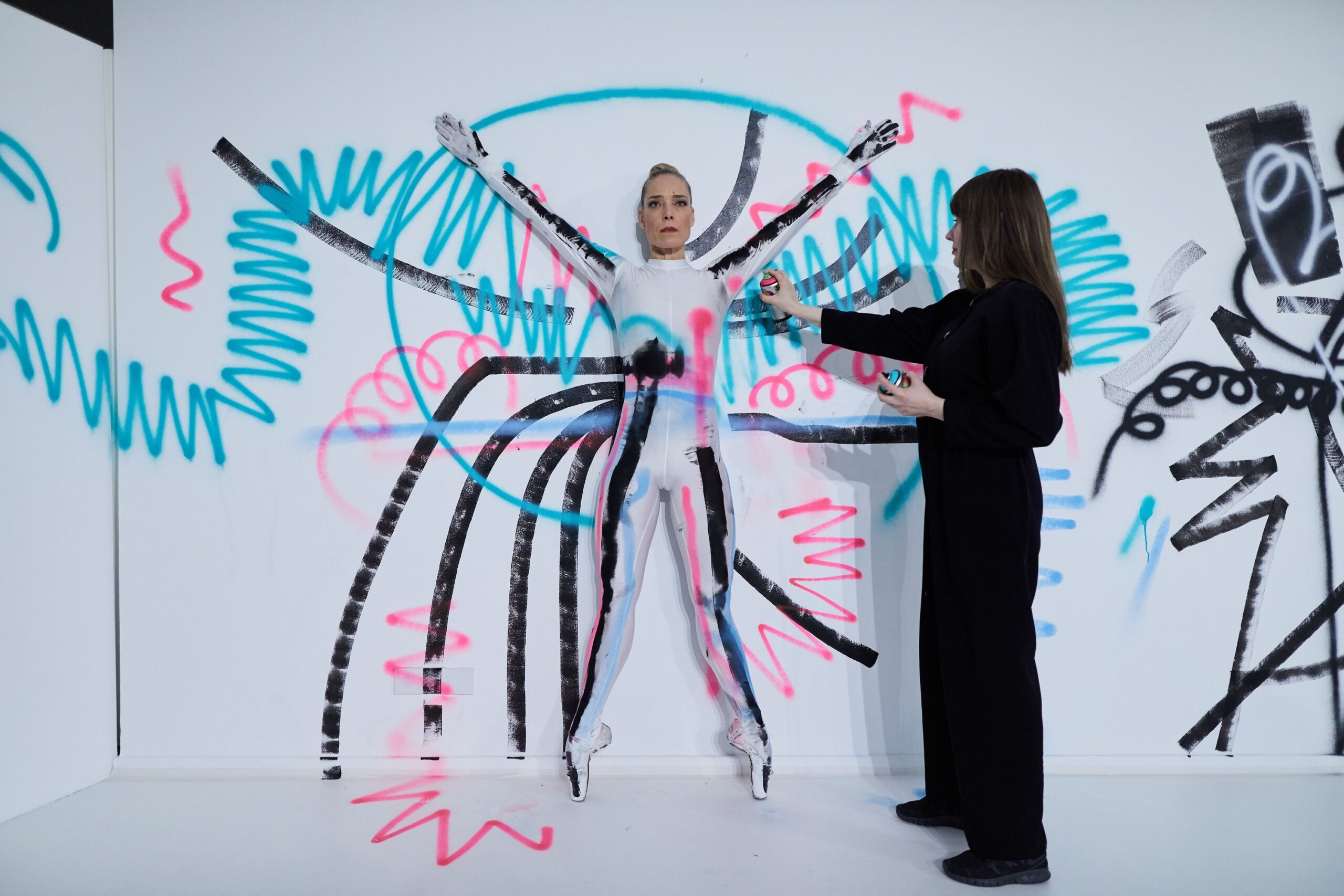 Music helps the artist Hannaleena Heiska to focus. When her work really flows, she might even dance while she paints. 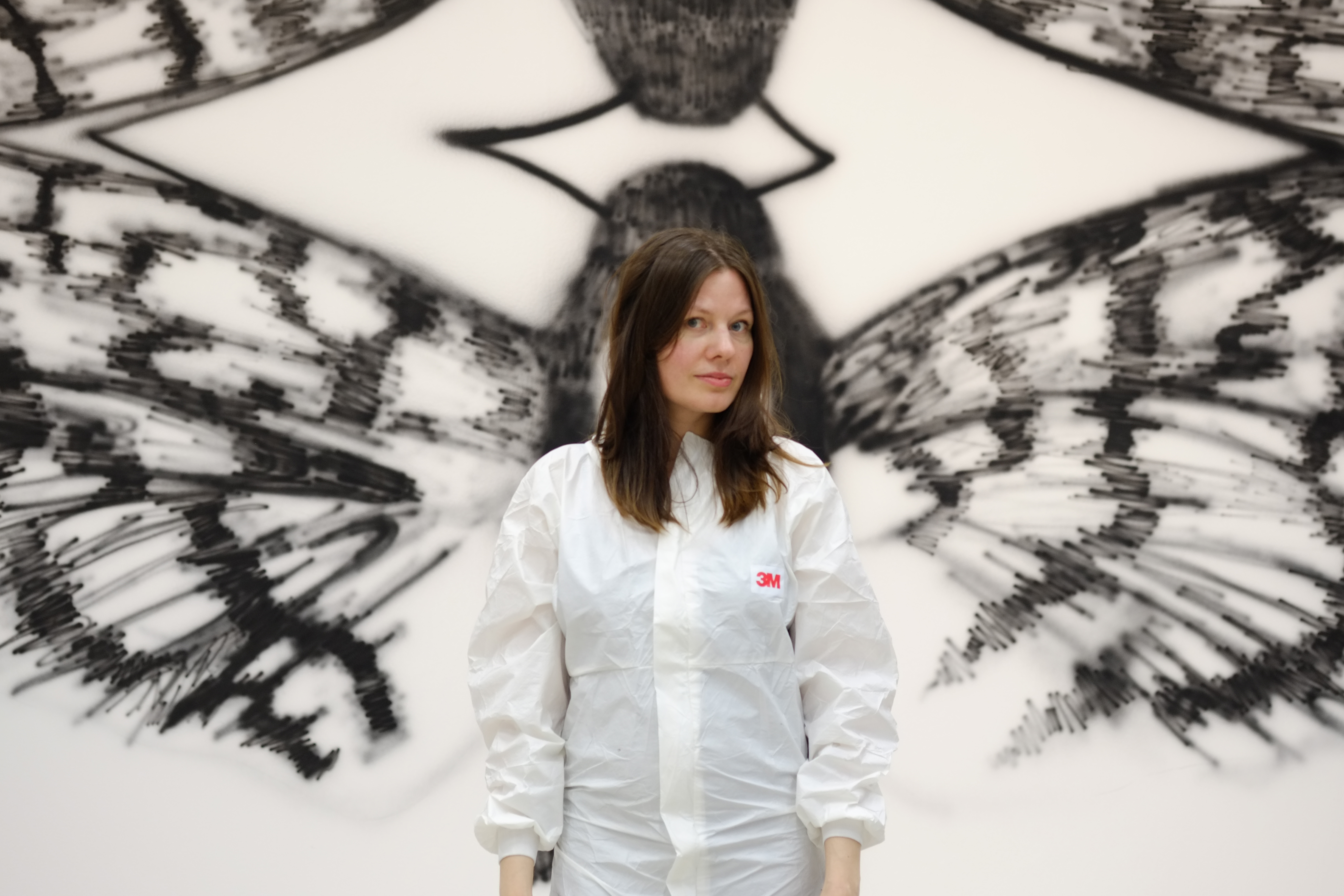 Good, I think. I’ve started working on a new show. The series of works for it are still at the beginning phase, but I have made it through the hard part. It’s so nice to go to my studio, and I’m excited. I will continue with drawing: I have done charcoal drawings, and I have included colour, done with pastels. I’m sure that I will do something with space, as well. I think I might do sculptural drawings for my exhibition at Helsinki Contemporary. I have previously done installations at Emma, and in Yekaterinburg, Russia, I drew directly on the space with charcoal. I am also curating a group show in Stockhom. Also, the Turku art museum will host my solo show at the beginning of 2019 – that’s coming quite soon!

What is your most important achievement?

It’s been wonderful that I have gotten to do what I want, carrying out my inner desires and the need to express things in images. That I have been able to paint and draw as well as do a wide range of videos and performances – special projects, which have found audiences. My biggest achievement is that I have been able to be myself and to what I enjoy. That is not always self-evident.

Sometimes you dance while you work. Why?

Painting is a very physical thing. If the work really starts rolling, I get so happy and so much into enjoying it, that I might even start to dance from sheer joy. Perhaps it is about trying to keep up my focus using music and movement. The brain works so fast that it gets bored easily, and my thoughts are already elsewhere. And on the other hand, if I need a moment’s break from work, music helps me get back quickly to the same place I was before. Keeping up the mood is important, especially when painting, since I do the paintings all at once.

You have performed with dancer Minna Tervamäki. How did that come about?

Minna contacted me. I wondered for a moment if I was brave enough to perform and whether I could actually throw myself into it. I decided to try it, and somehow it all came together. We started testing how to dance with paint. The solution was formed in our interaction. We were on the stage as ourselves, for example, all my movements are fitting for me; I am painting. We performed in Berlin in January. It was exciting because although the performances attracted a great number of people in Finland, we didn’t know in advance whether anyone would come. And then the performance was absolutely packed. Even though we were nervous, we had the skill to support each other and trust that our cooperation would work – and adrenaline took care of the rest.

What fascinates you about dance and movement?

Art history has tried to describe how to paint movement. I’m extremely fascinated by the fact that movement can be shown in such an exciting way. In the performance, I call attention to Minna’s movement and continue its lines. Even though the image has stopped, at least in my imagination I see it still in movement, although Minna might already be elsewhere. We have been very much inspired by the Triadic Ballet by Oskar Schlemmer of the Bauhaus movement. It’s also a good point that our performance is a continuous process, which gradually changes all the time. In our performance, we always show the current situation.

Your award-winning video, Today We Live, is a slow-motion recording of people at a punk show. How did this topic interest you?

At the time when the punk/metal band Lighthouse Project used my paintings on their album cover, I was going to their gigs a lot. I also was going to a lot of hard core punk shows, where the energy really pulled you in. The underlying straight-edge ideology really influenced me, that courage to absolutely go all out at a show even though you are sober. I then got an opportunity and the funding to do a video for Louis Vuitton’s Espace gallery in Tokyo. I arranged a show for the band at the club Kuudes linja, to which I invited their fans. I just let the event happen, and I didn’t direct anything too much. The video became really meditative. It is a group portrait, portraying youth and innocence. For the background music, I chose Erik Satie’s Gymnopédies, which refer back to ritual dance. I wanted to create some distance from the situation with different music, and because I love classical music, it seemed appropriate.

A lot. I listen to music all the time, and I go to shows. The next show I’m going to is to see the Swedish feminist rapper Silvana Imam. I try to channel all my feelings and past experiences into my work, and music helps with that. If I am alone, I live in a bubble of music. Music helps me with daydreaming, which is important to my work.

What is your earliest memory about music?

Wow, let me think! Most likely the Miami Vice soundtrack and Jan Hammer. I didn’t understand anything about the TV series, but I still listened to the soundtrack on a cassette tape. Somehow it hit home. When I was really little, I also listened to the rock band Slade.

How has your taste in music developed since then?

I have listened to a lot of metal at certain times, and I had a Nick Cave phase in art school. Classical music has been with me all the time. In the 2000s, I returned to 80s electro. That and rap have a comforting familiarity.

You do a lot of physical activity. Do you listen to music when you exercise?

If I go for a run, I am usually with someone else, and then we are talking. But in the gym, yes. I used to be annoyed by the really bad music they played for spinning classes, but now I’m used to it. I’ve noticed that my musical taste has developed so that top 40 music feels already quite exotic, when I normally don’t listen to the radio at all.

What kind of playlist will we listen to?

This is a small sample of what I am listening to at the moment in my studio. I have been listening to recently a lot of Susanne Sundfør, which is a beautiful and imaginative world. I feel like her music videos have the same symbols as my own works – on two levels, fantasy and reality. And her unbelievable voice, with such a wide range but always recognizable. Vitalic is a French electro artist. Experimental and even danceable electro resonate with me. I draw lots of buildings and other lifeless things, and I think about future scenarios. In some weird retro way, they connect me to the electro, which I associate with the future.