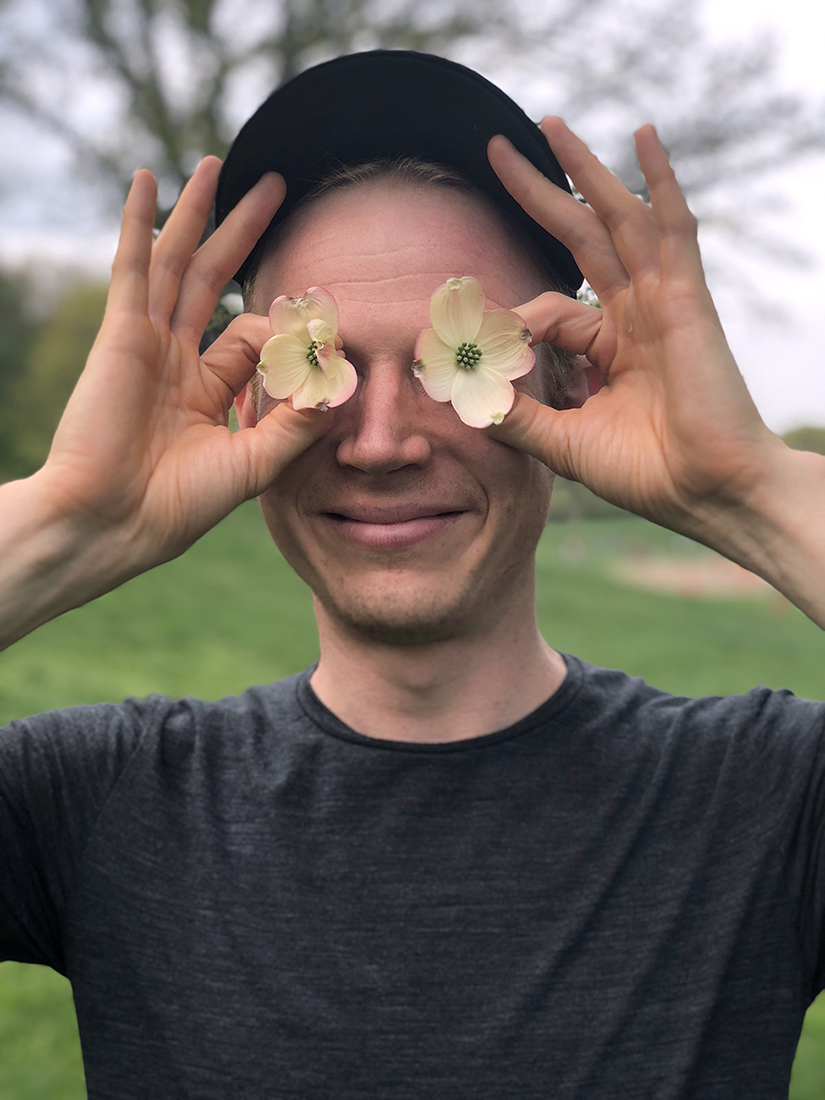 After studying industrial and graphic design at University of Art and Design Helsinki and the Gerrit Rietfeld Academie respectively, Mustonen later decided to concentrate predominately on illustration work. However, a lack of a developed illustration industry in Helsinki, and consequently a lack of clients, led Mustonen to Amsterdam where he lived for the next three years building up a studio.

A visit to New York in 2012 as an artist-in-residence turned into a six year stay and a client list many artists can but dream of, including the New York City Ballet, the Brooklyn Academy of Music and the MTV Music Video Awards.

Now, again, necessity is soon to bring Mustonen back to Europe. Not because the artist necessarily feels a need to leave New York, but because he feels a need to branch out and explore new directions and new ways of working. A need which a change of continents and a return closer to home will help facilitate. I have worked with so many incredible clients in New York, but it’s gotten to the point where I regularly get asked to repeat work,’ says Mustonen. ‘At the moment, I want to take some time away from my bread and butter work to explore new approaches to three-dimensionality in material forms.’

Mustonen cites a recent project with the New York City Ballet as an example of the evolving direction in which he would like to take his future work. The project, titled Cross Polination, was commissioned by the Ballet as part of its New York City Ballet Art Series 2017. Working with complete freedom – the best kind of commission, says Mustonen – the production process was overseen entirely by Mustonen and the installation was taken from commission to completion in only four months.

For Cross Pollination, Mustonen combined his signature handcrafted digital abstraction with a large-scale spatial installation. The artist took advantage of the Koch Theatre’s towering height – an elegant building designed by architect Philip Johnson and opened in 1964 for that year’s World’s Fair – to install a twenty-minute video installation on four equally-towering screens alongside printed digital paintings.

The film, which depicted a series of abstract patterns inspired by dance choreography and the movement of pollen in water and the ephemerality of mark making, was played out across the four screens in the theatre’s Promenade foyer – one screen at either end and the two others in a triangular formation where a mirrored floor created a dizzying kaleidoscopic effect. ‘The installation opened was just after the perplexing presidential election and there was a strange, almost resistance-like atmosphere in the city,’ says Mustonen. ‘It was a weird time and that’s partly why it felt more meaningful that the exhibition was called Cross Pollination, to express this idea of people from different cultures and ages and backgrounds coming together to experience and explore this beautiful art form.’ 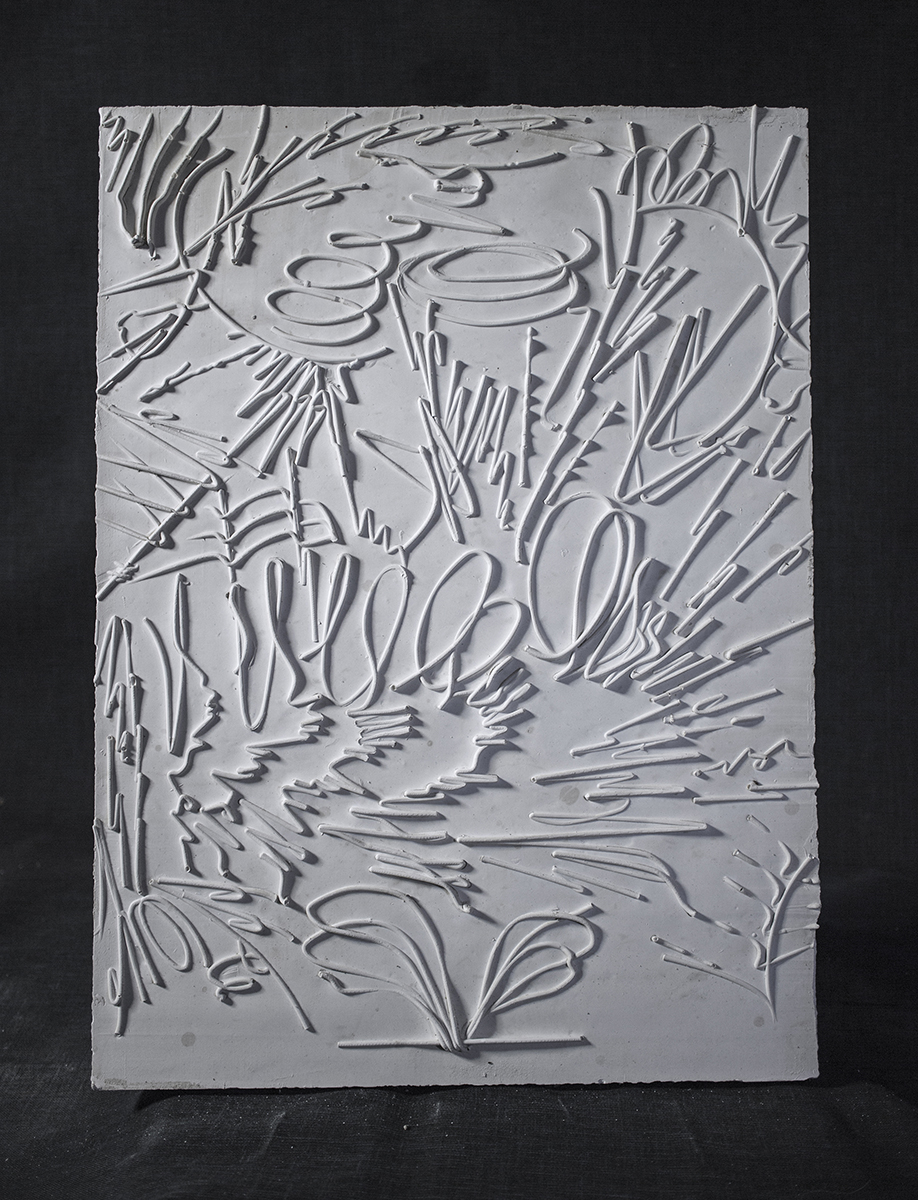 Santtu Mustonen: Circuit Diagram. Cast relief.Helsinki to Amsterdam to Brooklyn and back again

‘I’m very grateful to New York, partly because I never would have been able to work on the kind of projects I have been able to work on if I were living somewhere else,’ Mustonen says, when I ask him about the last six years in the city. ‘Of course, it was a lot of hard work and I made a lot of sacrifices,’ he adds, ‘but overall, I’m amazed by how well everything turned out.’

Listening to Mustonen speak of his time in New York, one gets the impression that even though he wants to, perhaps needs to move elsewhere to progress in new directions, another part of him seems to never want to leave. But as with many other creatives operating out of the world’s global capitals, there comes a point when cost of working at larger scale in part outweighs other benefits. ‘New York is such an expensive city if you just want to do research, and compared to certain European cities, for example,’ Mustonen says, ‘you have considerably more resources because you aren’t paying such a premium. Money goes further and so you have more time to experiment creatively.’

Mustonen also lets slip that he is currently building an off-grid house and studio in Finland – he doesn’t say where, only that it’s on an island in a lake and he must either drive construction materials over the ice by snowmobile or ferry them across by boat. Along with an upcoming period of a few months of dedicated research in New York and Finland this summer and three months in Amsterdam this autumn, the building project seems to be the main project occupying his energy at the moment, indicative of more substantial life changes to come. Regardless of where in the world it may turn out to be, one can certainly expect interesting things to emerge from Mustonen’s studio in the future.