After a three years’ effort, furniture designers Tapio Anttila and Jonas Hakaniemi have gained some ground on the Chinese market. These kind of stories the city of Shenzhen would love to hear more.

After a three years’ effort, furniture designers Tapio Anttila and Jonas Hakaniemi have gained some ground on the Chinese market. These kind of stories the city of Shenzhen would love to hear more.

The mood is somewhat surreal. The building blocks in this area are large and the houses tall. On the street, one faces a group of young men, all dressed in white shirts and black trousers, their coats left at the office perhaps. All have staff ID cards strapped around their necks.

It is the corporate lunch hour, but no restaurants or shops are anywhere in sight. Employees eat in large canteens.

In an office on the fifth floor of one tall building sits Ting Xu. He is the Secretary General of the Shenzhen Design Promotion Association.

“This is the Futian free trade area, a tax-free area. This area used to be full of warehouses but now production has moved away. In a couple of years this will be a regular district of the city.”

No wonder Shenzhen seems special. It was founded near Hong Kong to function as a Special Economic Zone for China in the end of 1970s.

Shenzhen is called the Silicon Valley of China because it is a hub of Chinese innovation, technology and start-up companies. Tencent, which owns Supercell and many other gaming companies, is headquartered in Shenzhen.

Xu says the city provides a platform for other design, too, in addition to high tech. He mentions graphic design.

“In the 1990s, the Hong Kong print business moved to Shenzhen and needed many graphic designers. The modern Chinese graphic design was born in Shenzhen.”

Shenzhen is more permissive, culture-friendly and youngish than most Chinese cities, and graduates move there to hunt work. Average age is 30 years, and there are 13 million inhabitants in this age group.

More traditional industry still exists near Shenzhen; for example, more than 2,500 furniture companies that produce 22 per cent of Chinese furniture. Growth in the trade has slowed down but is still 12 per cent per year.

Now Shenzhen has launched a campaign, the purpose of which is to introduce its design expertise internationally. Unesco included Shenzhen in the network of design cities in 2008. SDPA led by Xu was founded as late as 2015.

“We are in an early stage of development. But our objective is to build bridges and attract international designers and companies,” Xu says.

He hopes that foreign designers would look for partners and manufacturers in Shenzhen more extensively. Chinese efficiency and speed may be valuable assets.

“For example, making a prototype may take a year in France but only three months here.” 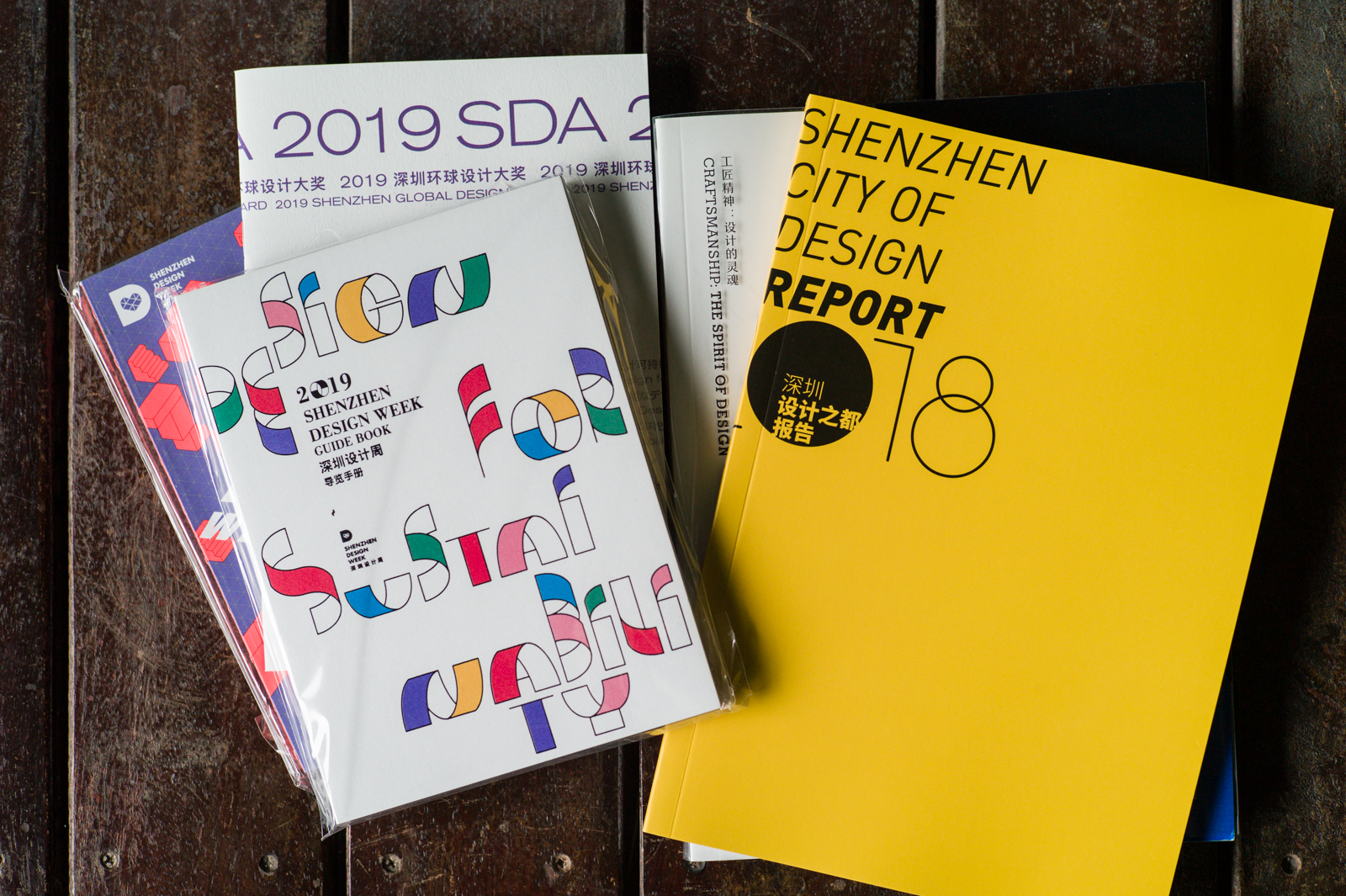 SDPA organizes Shenzhen Design Week and wants to make the event much more international. During the week, the association hands out its Global Design Awards. The competition includes five categories, the award sum totaling 900,000 euros.

Designers Tapio Anttila and Jonas Hakaniemi have built their careers in China for three years. They have received help in establishing media and customer relations from SZFA, the Shenzhen Furniture Association.

Founded in 1986, SZFA is the oldest and largest furniture association in China. Its operations are funded by the member companies, and it helps start-ups in development from concepts to deliverables.

Its key role has been to encourage companies to move on from manufacturing to brand building.

“SZFA has really pushed branding. The change began in 2008 during the global economic crisis when many realized that building one’s own brand was necessary instead of relying on traditional exports,” explains Shenzhen Creative Week CEO Jacob Vogelsang.

Manufacture has been mastered in China for a long time, but for brand building they have sought help from western companies and designers.

The Shenzhen Creative Design Week organized by SZFA is comprehensive and more commercial compared to its competitor the Shenzhen Design Week. 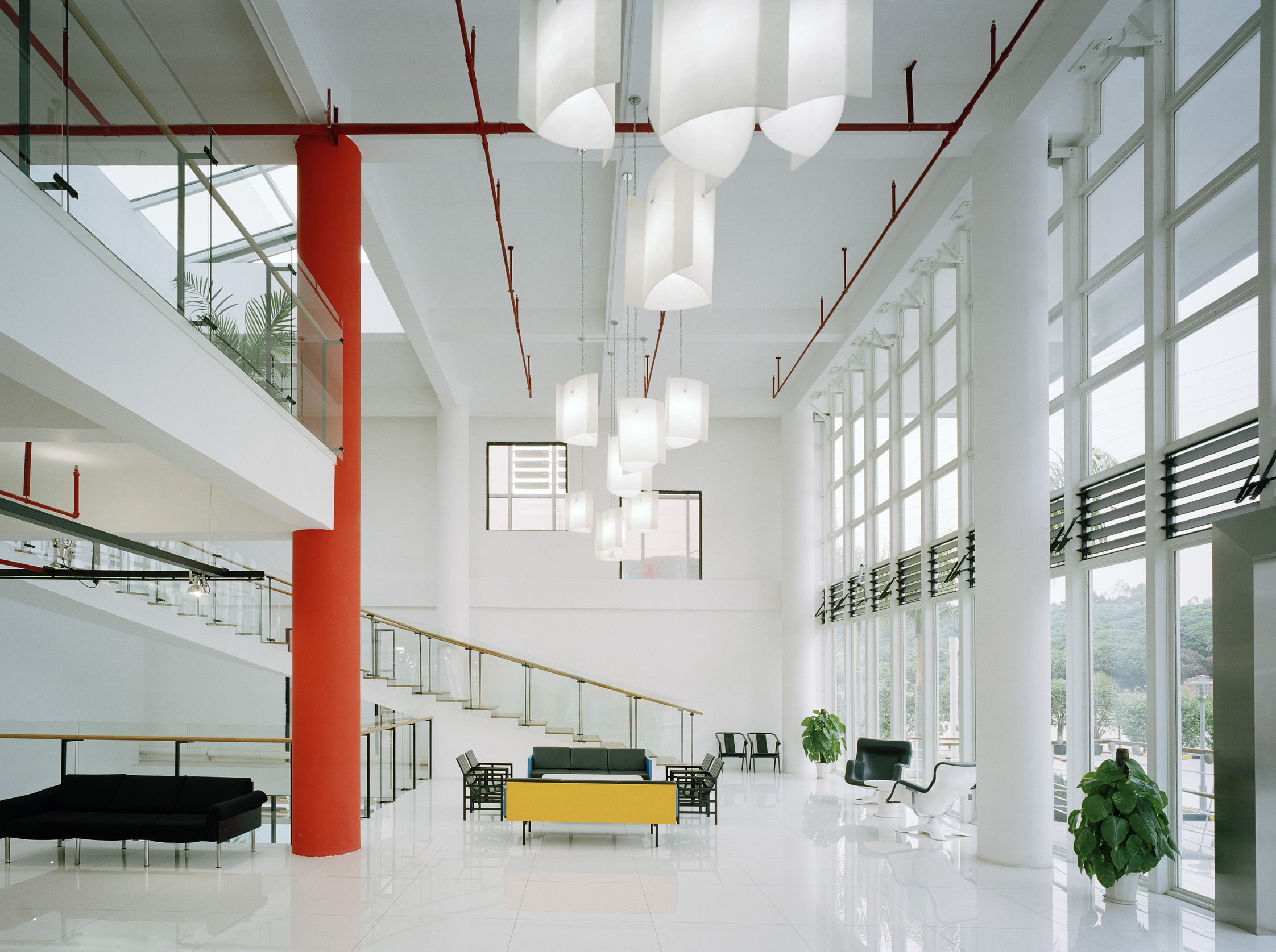 There is a connection between SZFA and Finland: its building was designed by Chinese architect Fang Hai and interior architect Yrjö Kukkapuro in 2004. The interiors have been furnished with Kukkapuro furniture and now also with Tapio Anttila and Jonas Hakaniemi’s furniture.

In China, they present the Anttila & Hakaniemi brand.

“We’ve been to China three or four times per year. We went there for the 13th time just recently,” Hakaniemi says. “Our faces are becoming familiar in the city, and the circles in Shenzhen are surprisingly small. We’ve gained some ground; particularly this spring we’ve started to bring in the work.”

Anttila and Hakaniemi designed a furniture collection for the ZaoZuo lifestyle brand. The collection was launched last autumn. Founded in 2013, the company’s owner is Chinese while its artistic director is Italian designer Luca Nichetto, and the company uses European designers. ZaoZuo will open some twenty new stores in China this year.

Anttila and Hakaniemi’s ZaoZuo furniture has been received well. The collection generated publicity in local social and traditional media and brought in more work from China. In August, the duo will launch more novelties through a company for which they’ve also created a visual identity, a packaging concept, an exhibition stand and a store concept.

Both designers work more than half of their time in China. They estimate to have about ten Chinese clients.

In the pipeline, they have furniture-type items for pets, for example.

“Pets are a surprisingly large business in China, and designing for them allows us to loosen up compared to designing for people,” Anttila says.

During the three years in China, Anttila has observed a transformation in the Chinese design business.

“New brands appear all the time. The companies are becoming more modern, and there are more and more companies and consumers who desire Scandinavian design. Consumers do not settle with copycats; they want original design.”

One guarantee of authenticity is having the designers present at exhibitions telling about their work to the visitors.

Eileen Wang, the director in charge of SZFA’s exhibitor services, has also noted a major transformation in the furniture business lately and a growing demand for Scandinavian design.

“People work under high pressure in Shenzhen, and Finnish design may bring clarity and calmness to their environment.”

Anttila and Hakaniemi think Chinese design is catching up fast and western designers need to give their best in China.

“There’s no slacking in China, far from it. The quality demand is really high. The Chinese follow and are aware of what is going on outside China. The threshold to break through on the product market is much higher than in Europe,” Anttila says.

Photos: Sun Yiye, Shenzhen Furniture Association, Anttila & Hakaniemi
This post was supported by Shenzhen Design Promotion Association but all thoughts and editorial content are our own. Like everything at Helsinki Design Weekly, our partner content is carefully curated to make sure it’s relevant to our readers.