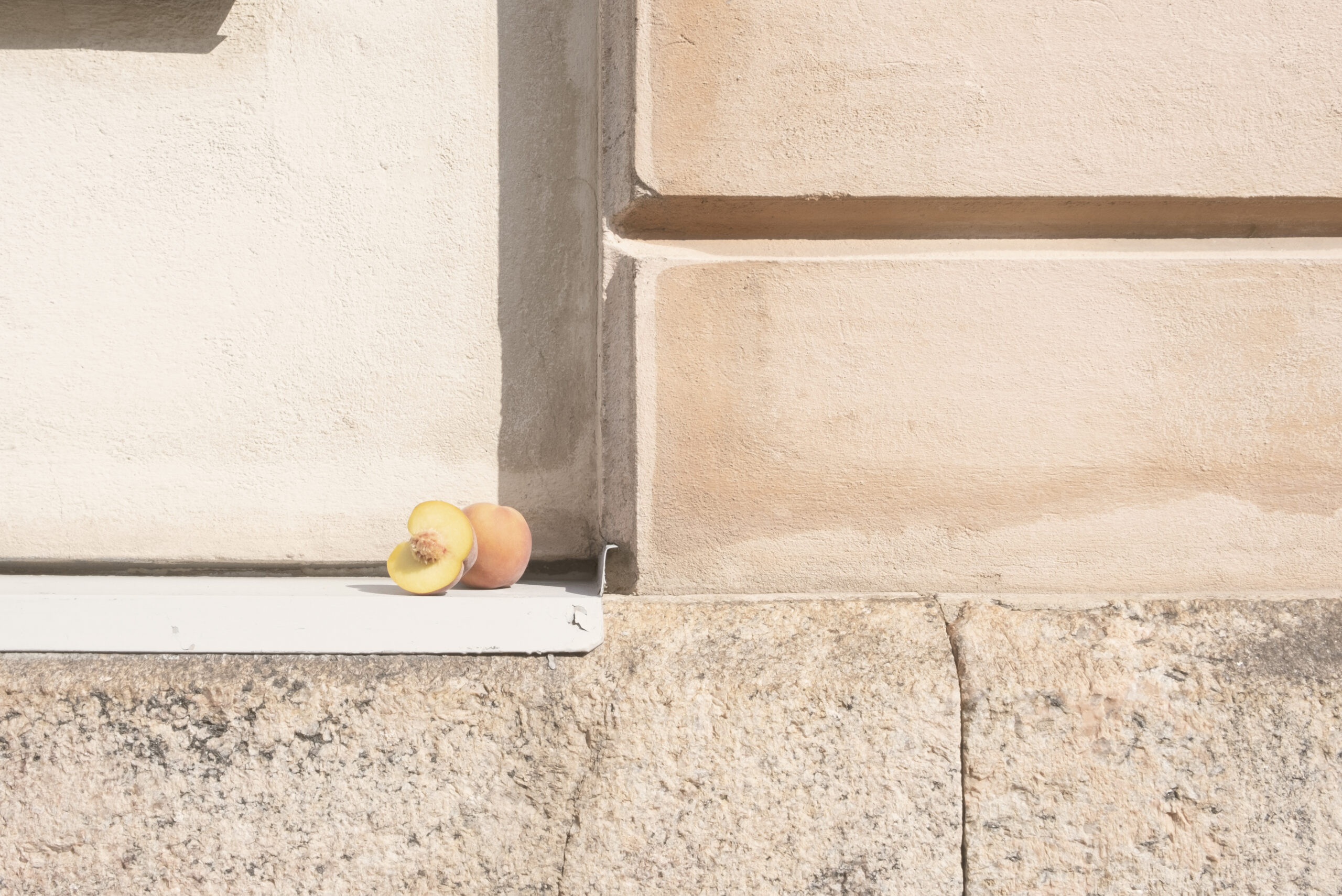 Helsinki’s architecture offers pastel-hued experiences, if you know how to find them. Designer Päivi Häikiö explains how she learned to see the colours of Helsinki.

Helsinki’s architecture offers pastel-hued experiences, if you know how to find them. Designer Päivi Häikiö explains how she learned to see the colours of Helsinki.

As a visual designer, the different shades, combinations and ways light affects colour are an endless source of inspiration for me. I had been accustomed to seeing Helsinki as some kind of colourless oddity amidst European cities, a pale and humble countryside cousin. More than anything, the city was a functional base for me to dream about the aesthetic overflow of Central Europe.

This changed when one day I was walking down Bulevardi together with a Danish designer. They said with excitement: “Helsinki’s colour is a peachy pale yellow”. “Really?” I replied, with my idea of Helsinki as a grey, toneless town firmly rooted.

After this conversion however I started to formulate a colour library for Helsinki when walking around the city. My colleague was right. The colours of this city compose a perfectly full palette of pastels. Its edge and ruggedly beautiful aesthetic is made up of colours dictated by Neoclassical architecture, supported by an often endlessly grey sky. When examined lengthwise, many streets in Helsinki appear to follow a pastel colour scheme. My own favourites are the hilly Meritullinkatu and the atmospheric Vuorimiehenkatu. The latter has a palette of nuanced whites, pale yellows and powdery peach hues. 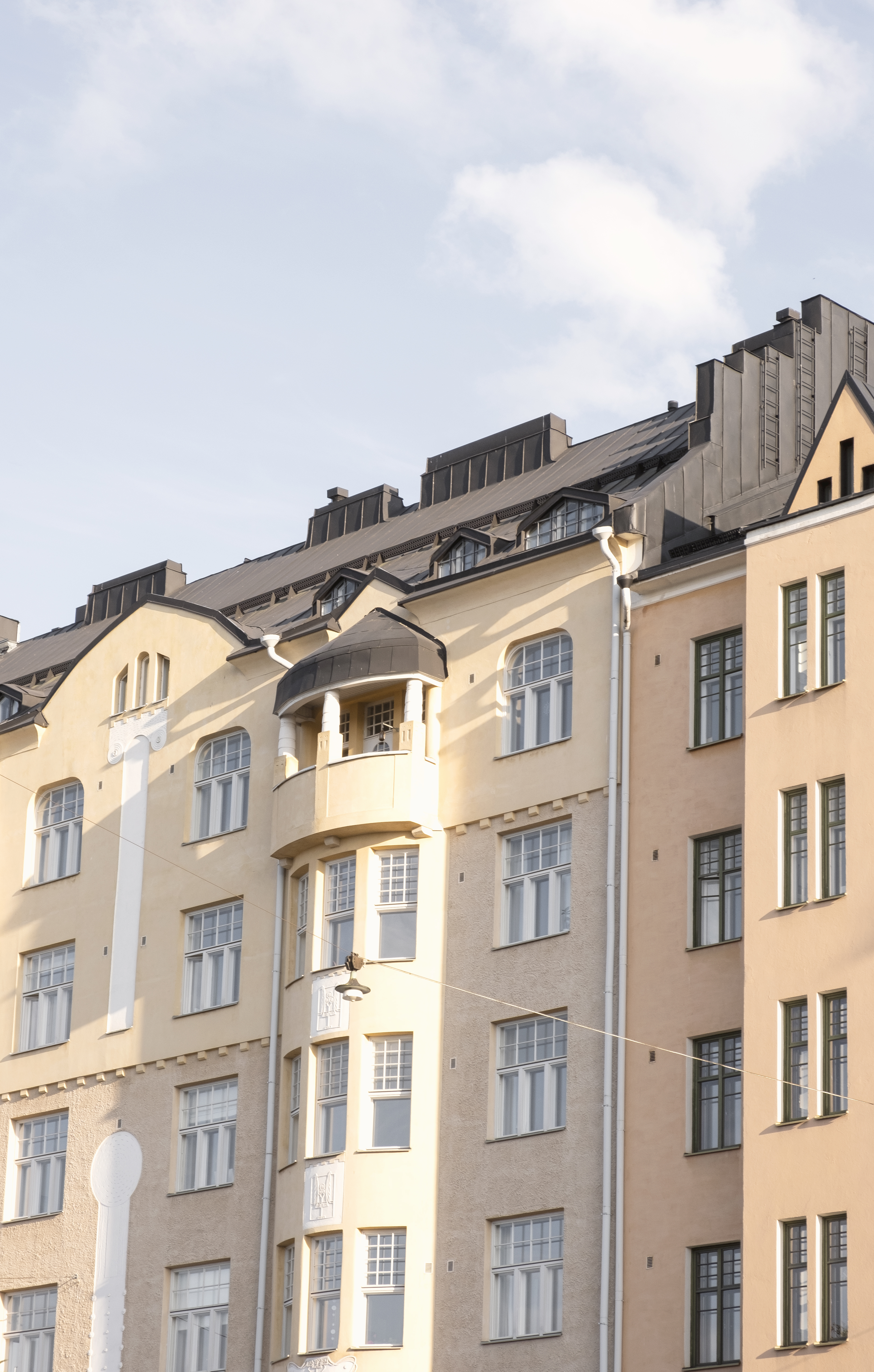 Could the explanation for Helsinki’s pastel look be in the central Senate Square blocks that were built in the capital’s early days? Did they define the colour scheme for the rest of the city? Or could the ubiquitous light hues reflect a lack of different historical layers and outside influences, as is the case in my hometown of Hamburg, right on the other side of the Baltic Sea?

Is Helsinki’s pastel appearance explained by the dim, pale light in which the city basks for a big part of the year? Between the grey sky and the brown, momentarily white streets. Would bright facades feel insulting on a smudgy day in March in this haven of mutedness? The northern dimension and the conditions created by it shape our perception of aesthetics.

Helsinki’s colours live with its light and its seasons, as do the local people here.

When you cross the Senate Square to the waterfront of the Market Square on an early morning in October, you see the Helsinki that I love. The faint, light blue, yellowish and peachy pale houses melt into the landscape, softened by the mist rising from the sea. When you stand in the fog and you can’t even see as far as the nearby island of Suomenlinna, the feeling of northernness is accentuated. One can well imagine sailing out a hundred metres and dropping off the face of the earth. 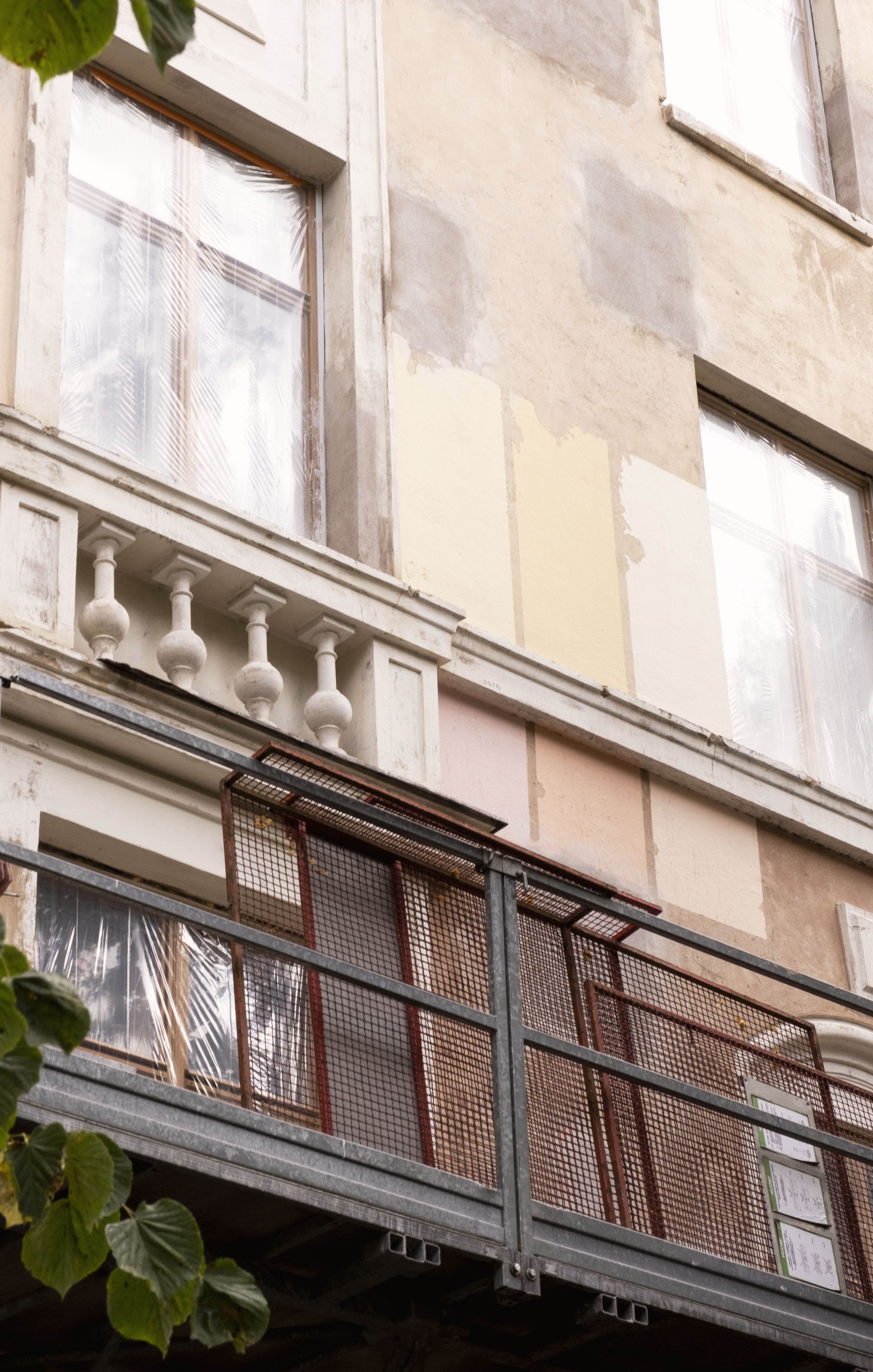 When you walk along Snelmanninkatu in May, those same houses with their light pastel tones shine bright and stand up straight. They draw lines along the cyan blue summer sky. There is a scent of lilacs when you pass the House of the Estates where the most beautiful lavender blue in town gives colour to a decoration on the facade.

Wading through the whiteness of the fallen snow, the small sparkling crystals in the foundations of the sturdy granite houses catch the eye. In a country that is humble in its use of gold and where walls are painted to give the appearance of being made of marble, beauty is often small in scale yet naturally charming.

A sense of decoration does not sting the eyes in Helsinki, it needs to be sought out. The city is characterised by its misty, soft enigma. Helsinki whispers little stories and unravels details to those who stand to look for them while adjusting their gaze.

Light and colours can be seen as environmentally responsible experiences. In order to witness something new, it is enough to look around with a fresh pair of eyes. Ideas reside in one’s own imagination and in the ability to see, and not necessarily on the other side of the world. 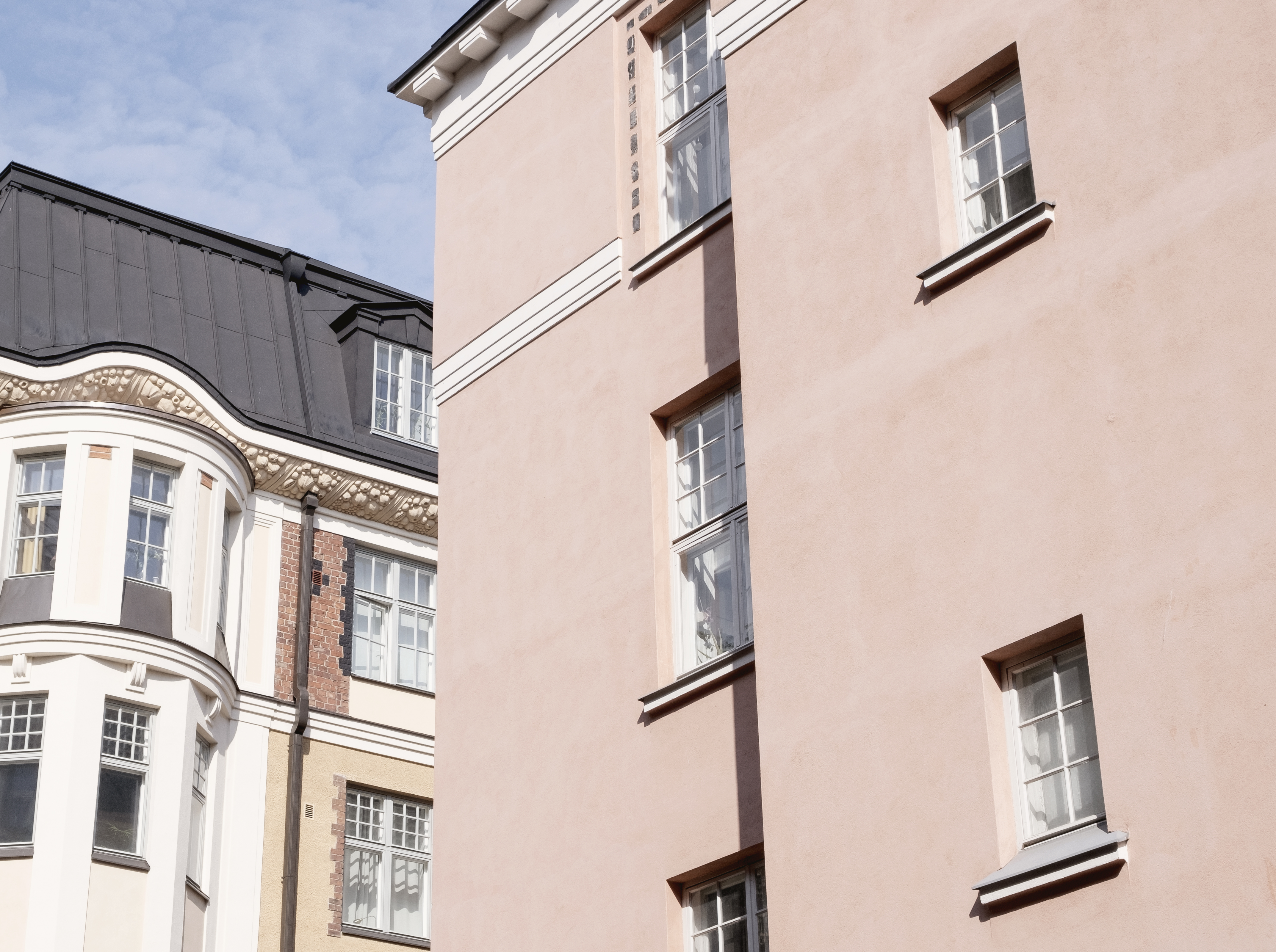 Tips for a colourful walk

The story is part of a series where designers tell about different solutions they love in Helsinki. In addition to Helsinki Design Weekly, the articles are published on MyHelsinki.fi.