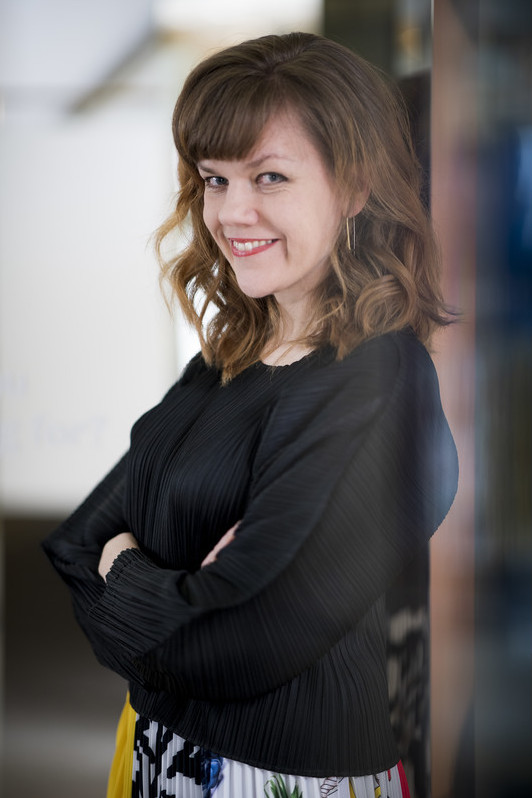 The City of Helsinki has appointed Licentiate of Social Sciences and Urban Researcher Hanna Harris as the new chief design officer. Harris is specialised in making architecture and design visible, and making use of the opportunities they present in society. She will transfer to the City of Helsinki from her current position as director at Archinfo Finland.

The City of Helsinki has appointed Hanna Harris as its new chief design officer. Harris is specialized in promoting architecture and design and the opportunities they present in society.

Design and architecture are key in enhancing Helsinki’s international competitiveness. They also play major roles in its urban strategy. By appointing a chief design officer, the City strives to strengthen its positive, urban development. The CDO’s position is a four-year fixed-term assignment and part of the Urban Environment Division in the City organization.

Why did you apply for this position?

When we returned from London to Finland in 2013, I wanted to chip in and contribute to the future development of my beloved home city. I have closely followed Helsinki’s design profile over the years, and also worked with it through various collaboration projects. Now was the right time to shift my own activities more directly to the city context. The role of Chief Design Officer is a great position to hold to be part of building the city’s future.

What can the CDO offer to creative industries?

In this position, it will be key to gain a comprehensive understanding of where we stand regarding the overall design ecosystem in Helsinki, how to make it flourish in the future and what type of effective collaboration we can build around it.

At the same time, it’s a matter of profiling. There’s an increasing interest in our new architecture and its creators, and this has been imminent in my current position as a director at Archinfo. A strong profile will complement the functionality of the City’s internal design environment.

What do you expect from the design field in return?

My work will start with an induction period, during which I listen carefully, meet a wide selection of people and do my homework within the City organization as well as among the key stakeholder groups. I’m looking forward to inspiring discussions, and I expect to find opportunities to create effective collaboration.

Is there something particular in Helsinki you think calls for designer expertise?

As a city, Helsinki is in a very interesting growth and development phase. Design and architecture have plenty to offer in this situation in terms of everyday activity and measures. At the same time, design and architecture play a central role in tackling major challenges, such as how cities are shaping their climate agendas.

What can other cities learn from Helsinki?

Helsinki was one of the first cities in the world to invest in design and architecture on a strategic level. The work started in the context of Design Year 2012 and continued when the first CDO was hired in 2016. It is an honour to continue the development on this path. Active dialogue with other cities and countries is important in this regard.

What will be your most important task?

My task is to help the City identify where design and architecture can bring added value to the development of our city. Based on this, my goal is to create wide-ranging cooperation and to work effectively to build an even better Helsinki.

Archinfo is looking for a new director. The call is open from 22 January to 21 February 2020.