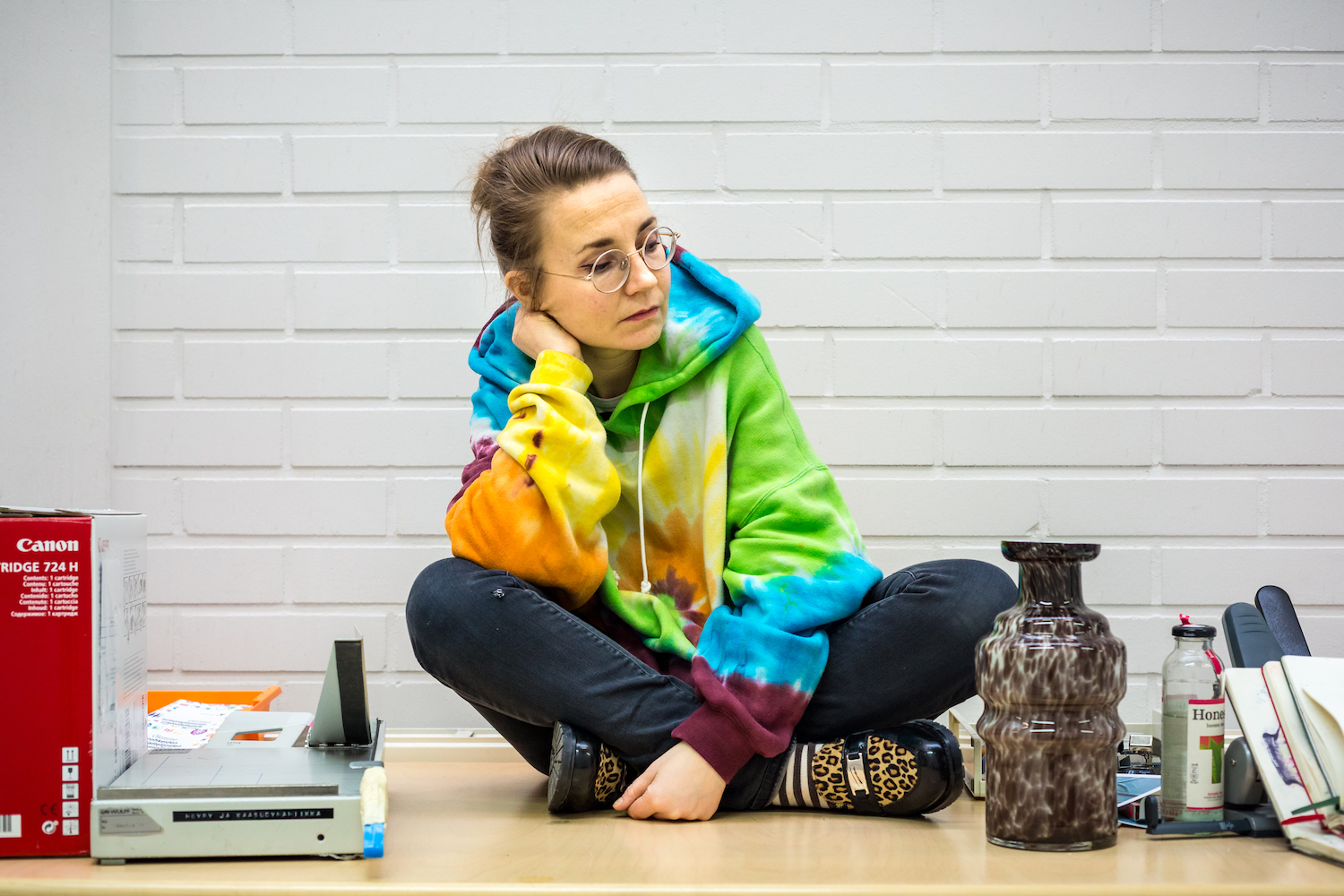 Artist, designer, researcher and lecturer Hanna-Kaisa Korolainen takes a break from preparing for three upcoming exhibitions to speak to Weekly about drawing inspiration from the past and why we should all be much more relaxed about copying.

Artist, designer, researcher and lecturer Hanna-Kaisa Korolainen takes a break from preparing for three upcoming exhibitions to speak to Weekly about drawing inspiration from the past and why we should all be much more relaxed about copying.

You’re showing work at the Design Museum at the moment in an exhibition about reinterpreting archive materials which sounds super interesting.

It’s the 140th anniversary of the Friends of Finnish Handicrafts organization and the exhibition is part of that. There are two curators, Riikka Latva-Somppi and Kieran Long [director of ArkDes, Stockholm], and it was Riikka who invited me. There are four of us in the exhibition—a ceramicist, a fashion designer, a game designer and me—but the others are all quite young and I think Riikka thought it would be nice to have someone a bit more old school in the exhibition.

Given that the exhibition is interested in how contemporary designers reinterpret archive materials, I think that’s also why Riikka thought of me. Because that’s quite literally the subject of my doctoral thesis, the sources of inspiration we can draw from the past. 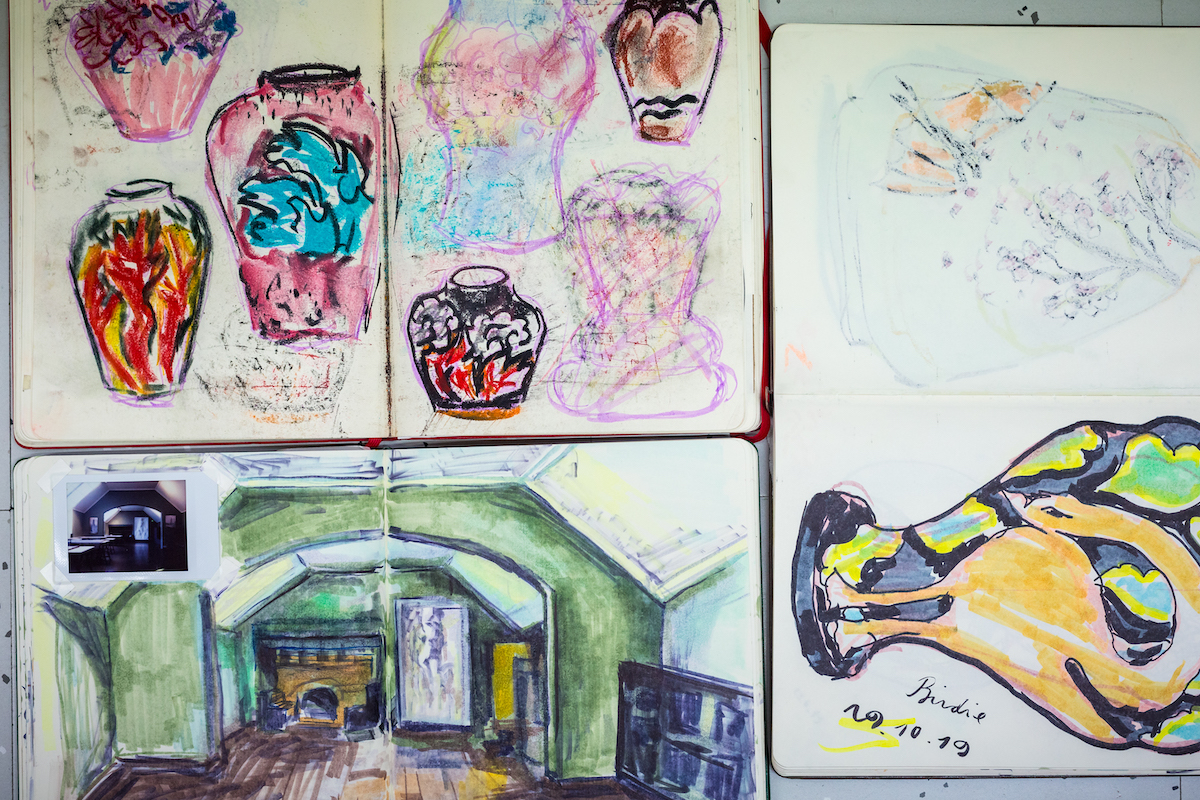 I’m doing a number of works for the exhibition. There’s an entire new rug installation that will be quite large. It’s about 2×2.5m, on a couch. There are many ceramic pieces and some woven fabrics. These will be placed alongside nineteenth-century Arts & Crafts furniture pieces from the Design Museum archives and a lot of plants.

Can you talk more about drawing inspiration from the past? The Alphabet rug you exhibited at EMMA’s Interwoven exhibition, for example, was clearly inspired by Akseli Gallen-Kallela’s Liekki rug.

I’ve always been interested in the past, ever since I was a child. I’ve always loved antique stores and old furniture and buildings. I think I look to the past as a fairy-tale or a story, almost as if it’s a tale I’ve been told that exists only in my imagination. I’m also a very visual person, so when I start to design I like to look at something concrete rather than an empty page.

It’s also that history is very subjective, which is why I associate it perhaps with a fictive past that I can imagine or reimagine as I want. Philosophically speaking, I don’t really believe in absolute truths. 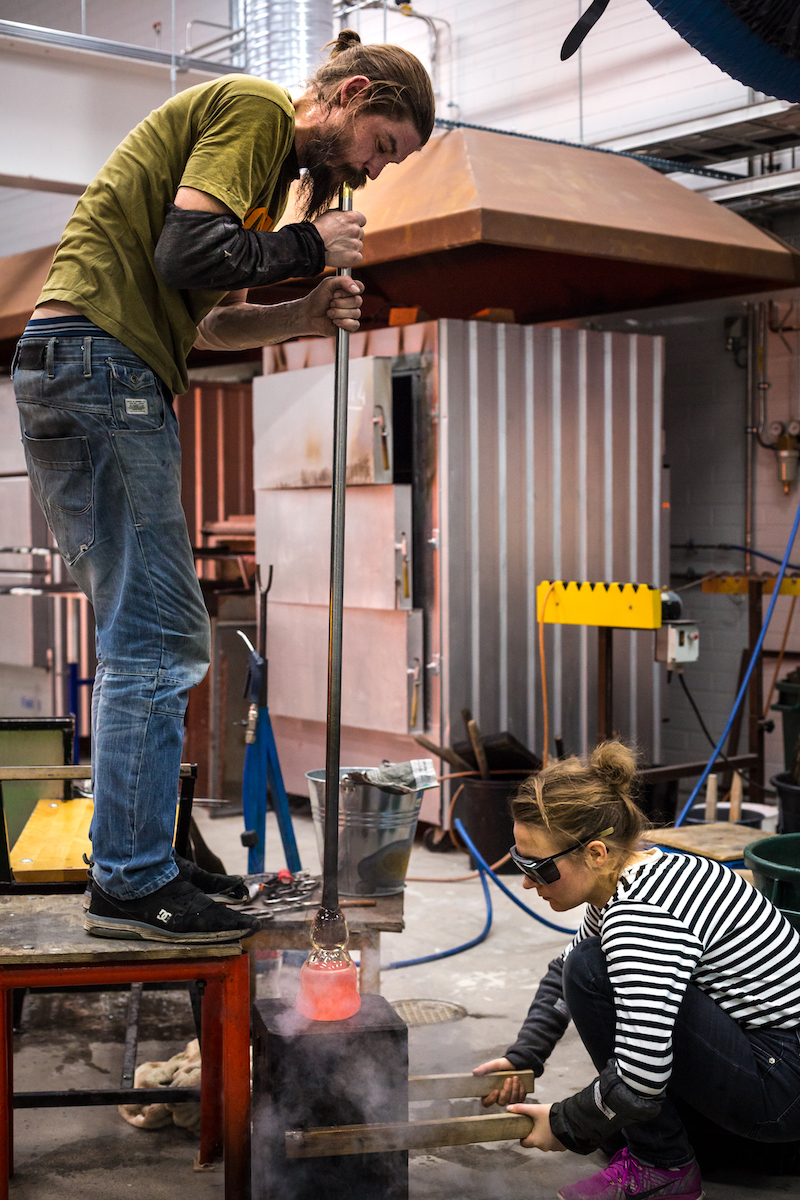 Starting with something concrete from the past, do you always work like that or is it more of a loose guideline?

Well, I started what you might call art school studies at the age of six, so that culture of looking at images has been part of me for a long time. It used to be very loose, but because I’ve been working on my doctoral thesis for many years, it became more like a method. Now, I think it’s become so deeply part of who I am and how I work that I don’t need to be so strict about it. I think I tend to just let creative processes flow without necessarily having an idea of where they’re going to go.

Do you consider yourself more artist than designer?

I don’t define it, really. I just try to dive in with whatever I do. Something I tend to do is to change my own title depending on the context. I might call myself a designer, artist, lecturer or researcher depending on what seems appropriate in any given situation. 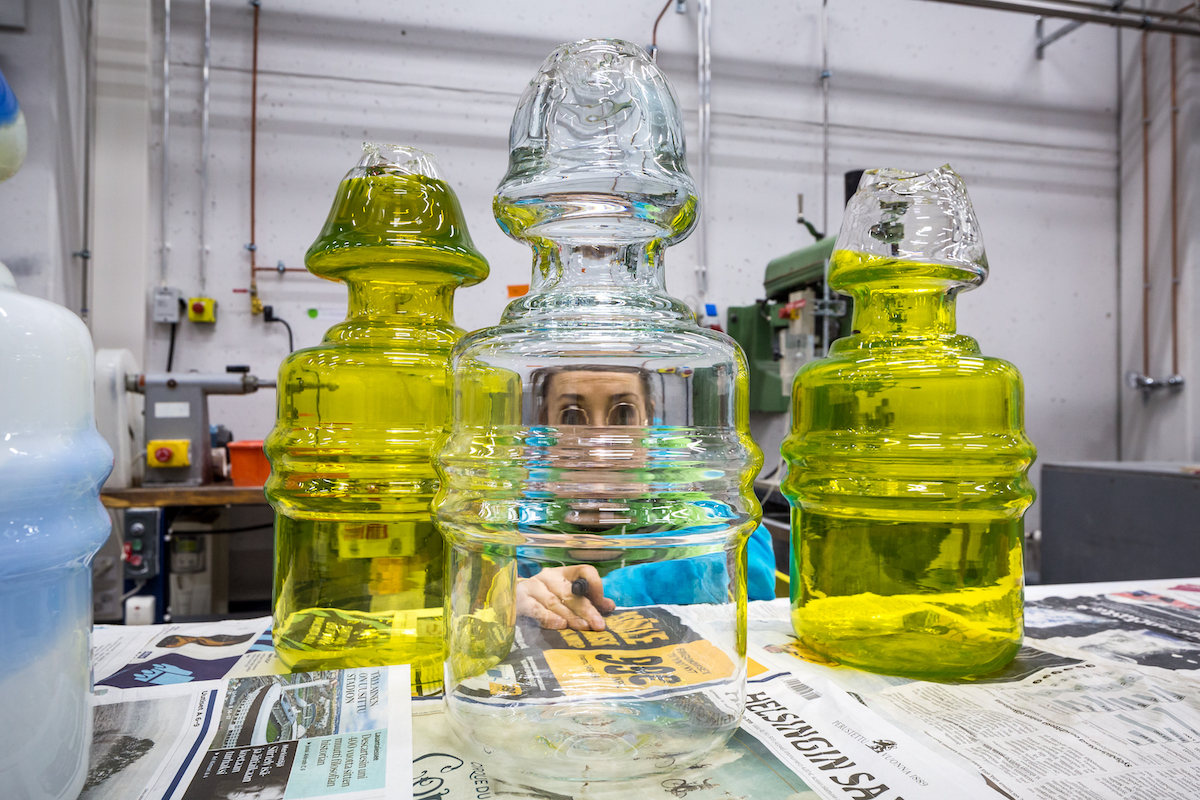 But, for example, would you rather design and make rugs for people to buy for their homes or for curators to put in museums?

At the moment, I’m more interested in collectable design and art. I’ve been working with museums for many years because I wanted to have a break from more commercial art and design, but I’m also increasingly feeling that something is missing.

For a long time, I wanted to work with museums because I felt I could have more freedom. I also knew that I wanted to show my artworks with older historic objects and that’s easier to do when exhibiting in a museum context.

Every once and awhile, I’m asked to do more commercial design work, but it’s so complicated, just in terms of how things are manufactured these days. I think time is one of life’s real luxuries and for me, it’s wonderful that I can take so much time to make each of my artworks. 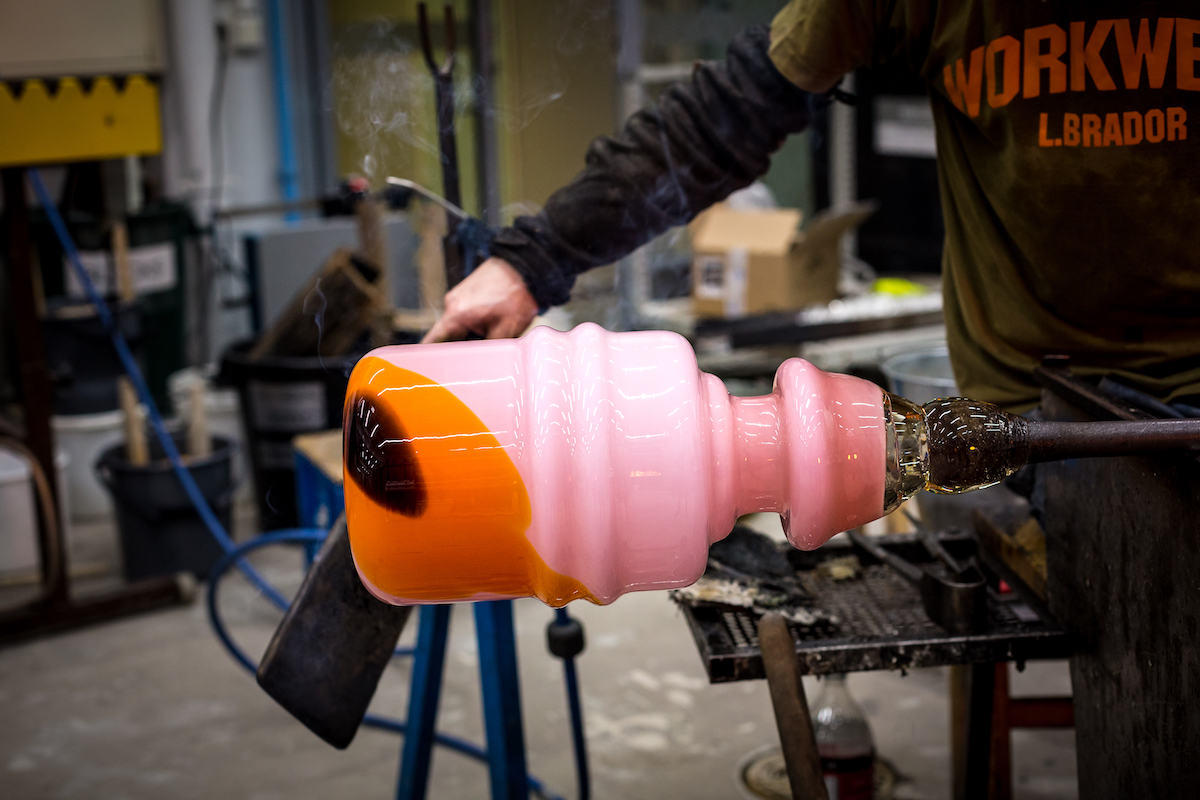 In addition to the Design Museum exhibition and the Tiketti Galleria exhibition [until 24 Feb], you’re also having an exhibition at Hvitträsk this summer which is very exciting.

Yes, it’s the first time they’ve organised a contemporary art exhibition at this scale, placing works in some of the museum rooms. It’s opening at the end of May, 2020. This will be a very busy year for me because I have four different openings this spring. After that, I think I will focus on research and teaching for a while.

For Hvitträsk, the concept is evolving. At the beginning, I wanted to install many artworks. But last fall, I spent a lot of time just being there, making sketches in the different rooms. After a while, I started to feel that Hvitträsk is already such a beautiful Art Nouveau pearl that I didn’t want to hide it with my work. 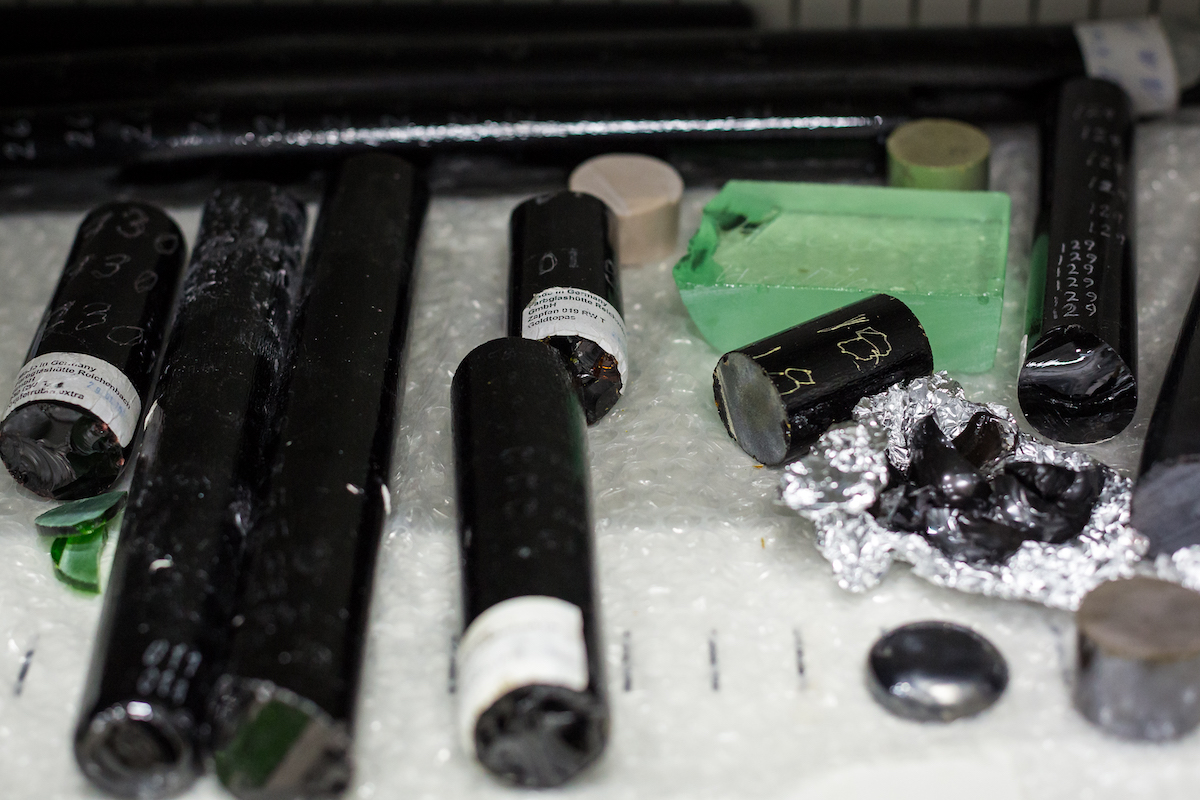 I’m not going to use the most iconic spaces, but rather the atelier and the drawers room, a small blue room, and Loja’s space downstairs. I’ll be showing woven fabrics, rugs, glass and ceramic pieces. There’s also going to be an exhibition of works by three young ceramicists, Nikolo Kerimov, Saija Halko and Tuuli Saarelainen. I really enjoy collaborating with other people.

Have your works all been made in response to objects at Hvitträsk?

Not necessarily. Some are pre-existing pieces, because I work slowly and only make around four rugs and 20 to 30 pieces of ceramics per year. Working with one’s hands means that things take time. Most of them have some relationship because when I started working on the installation for the Design Museum exhibition I already knew I was going to have the Hvitträsk show as well. For me, everything seems connected.

There will also be some Andy Warhol inspired pieces which haven’t been shown anywhere else. I’m referencing my love of Art Nouveau, but also my rebellious side through the Warhol work. In my thesis, I talk a lot about sources of inspiration from the nineteenth century, but also about copying. I don’t have any angst about borrowing ideas and motifs or other things from the past. There’s quite a rebellious side to me when it comes to sources of inspiration. 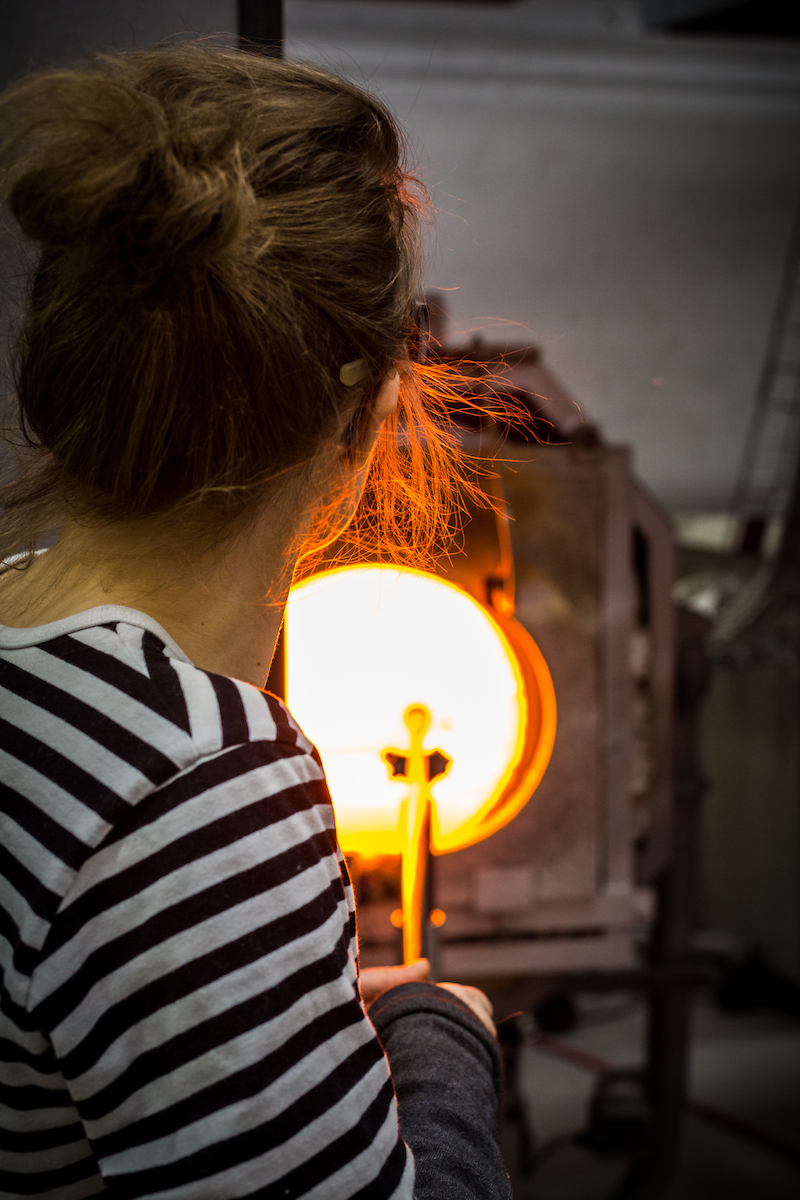 I wanted to ask you about copying because I watched the EMMA video interview with you from the Interwoven exhibition and really loved what you said about how you wish we could share ideas more and not be so jealous around our findings.

It’s tricky because it’s such a complicated subject. Even when I worked as a textile designer myself, I was afraid to put my designs on the internet when they hadn’t sold. In turn, that made it difficult to find new clients because I wasn’t openly showing my designs. I also teach and this catch 22 is something that my students often feel frustrated about as well.

Maybe about 10 years ago, I started to get really annoyed by this secrecy. As a textile designer, you have to show 100 or 200 designs to a prospective client. You produce so much material, but so few people end up ever seeing it. So, I changed my mind-set completely to sharing and opening up my working processes. Everybody has such different processes anyway that even if your designs are copies, they can’t copy your exact processes. 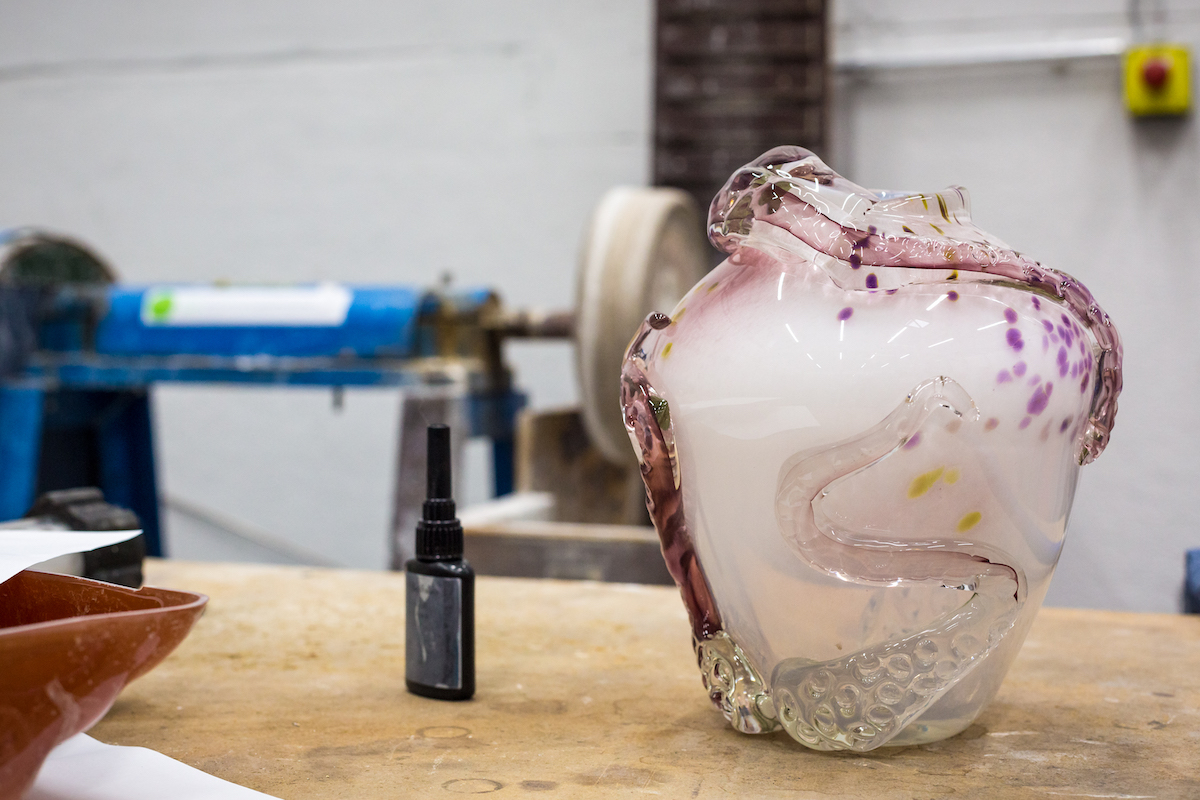 If you think about Michelin-starred chefs, for example, even if you copy a recipe from a Michelin star chef and cook it at home, it will turn out completely differently. The processes are so complex and exact, that only the person who knows those processes and has exactly the same equipment and working environment can produce the same dish again and again. Nobody should be that concerned about copying. I think we should be much more relaxed about it.

Given your doctoral research is on sources of inspiration, it’s interesting that you don’t have much angst about originality and copying.

Of course, I have many friends who work in art and design who have been copied and it’s not always so nice. The worst is when you’re studying in an art school and a fellow student, who really knows your processes, steals your ideas. Or partners in design offices. That’s inacceptable and I’m certainly not promoting that. I’m interested in a more relaxed and open way of talking about things.

In terms of studio environment, you’re working mostly at Aalto these days?

Yes, I’m working in the different studios at Aalto. I had a studio space of my own, but I lost it last year because they wanted to convert the building into apartments. The rent is sky high in Helsinki now and I can’t find anything affordable. I dream of having a really big studio one day. But at least I have quite a large apartment, so I can try out different configurations of installations at home before moving them to exhibitions. 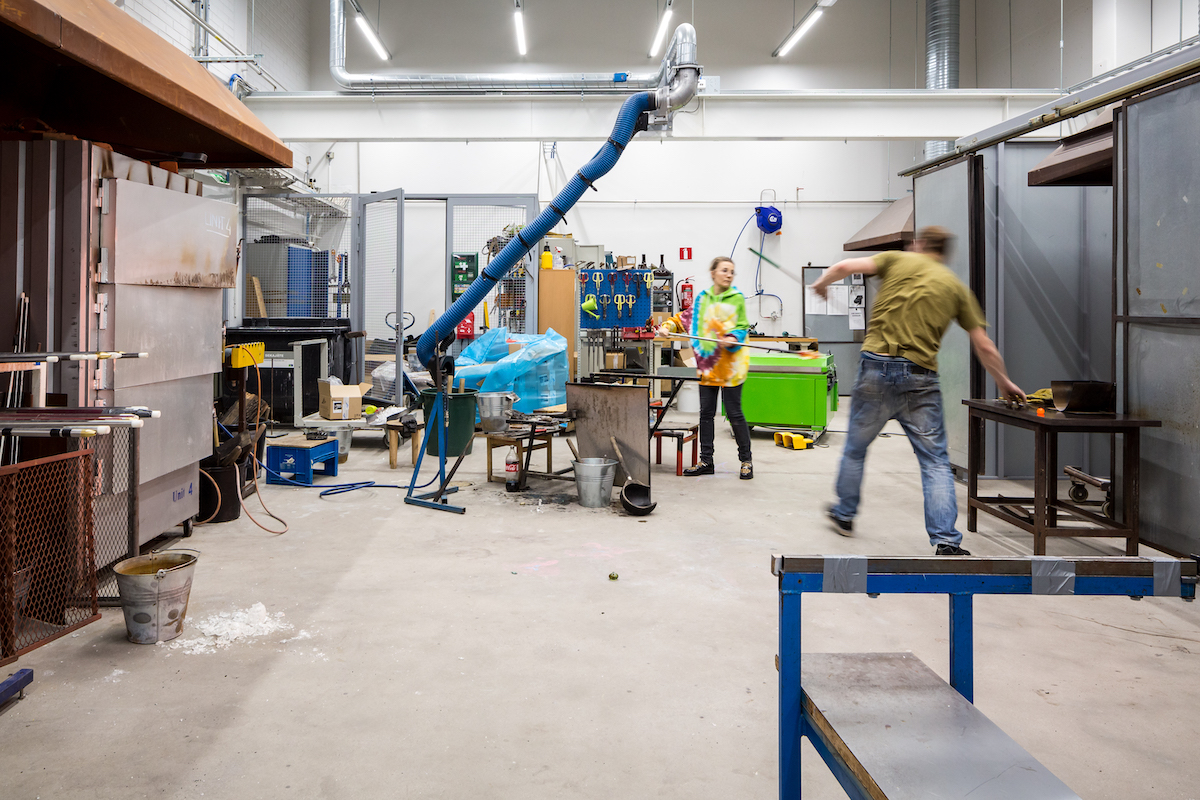 And the Aalto studios give you everything you need?

Yes, it’s great. I work across all the different workshops—textiles, ceramics and glass. When I’m making rugs, the work is very intensive. It’s something like one to four weeks, working really long days and seven days a week. Ceramics is a lot of waiting and drying. And with glass, the work is quite fast, but you have to go to the workshop every day.

You also teach at Aalto. Has that given you a sense that you’re part of a strong design community in Helsinki?

I’m so deeply part of Aalto University. I started teaching there about five years ago. I lecture on some courses and supervise many Master’s students. It’s really nice because I’m one of the teachers on the first studio course, so I get to see these 19-year-old talents, all the up-and-coming designers. I really don’t know where I would be without the university; it’s such a strong and supportive community.

Do you see that your teaching feeds into your practice? 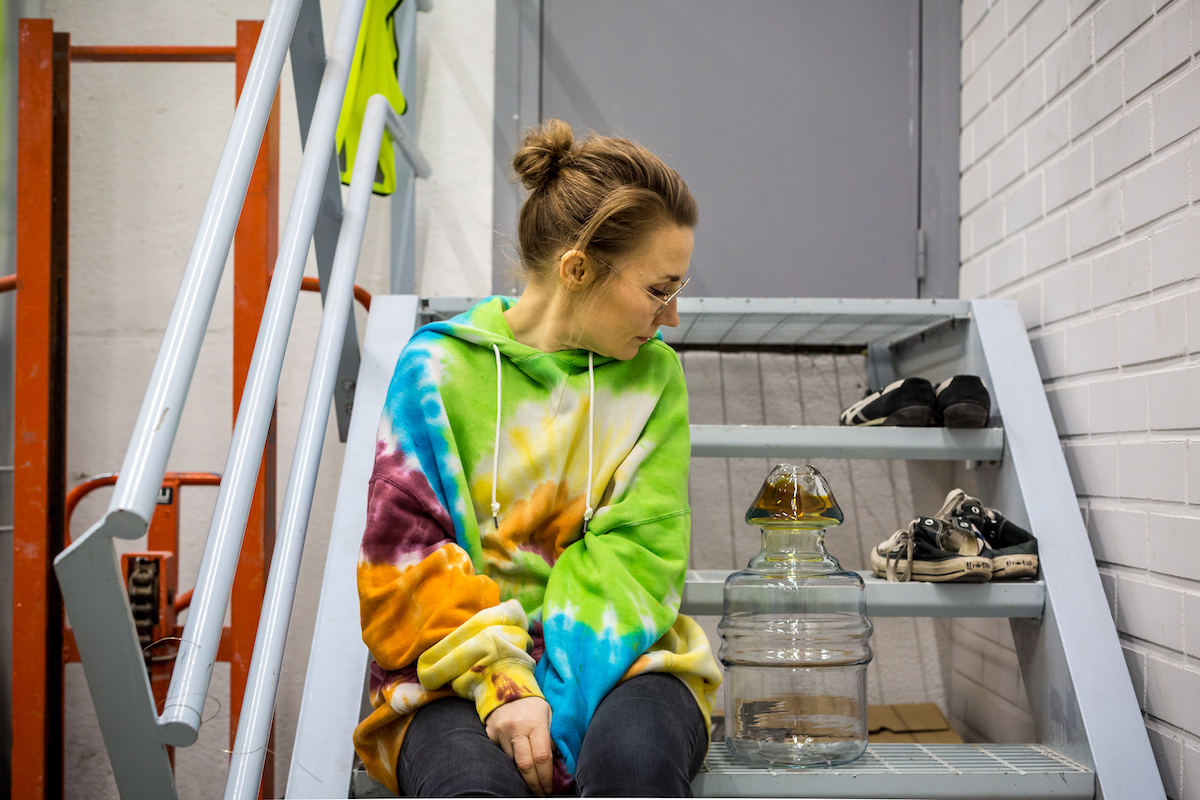 You haven’t asked me about beauty, which is funny because many people ask about the visual aspects of my work and beauty. I’m not interested in beauty at all, but rather in things that are perhaps what one might call ugly or irritating. At least you don’t get bored of things that go against your aesthetics. I was brainwashed by the fashion designer David Szeto who always said that if you think something is beautiful or you like it right away, you’ll be bored of it shortly thereafter.

I’m not even sure I know what beautiful is anymore anyway. As a researcher, I have to be very analytical; as a supervisor and as a mother, I have to be very organised; but as an artist, I am so intuitive that I’m more like an animal. I just let go and trust that my intuition is working. And at the moment my intuition is telling me that, with several exhibitions happening this spring, I really need to have a long summer holiday.