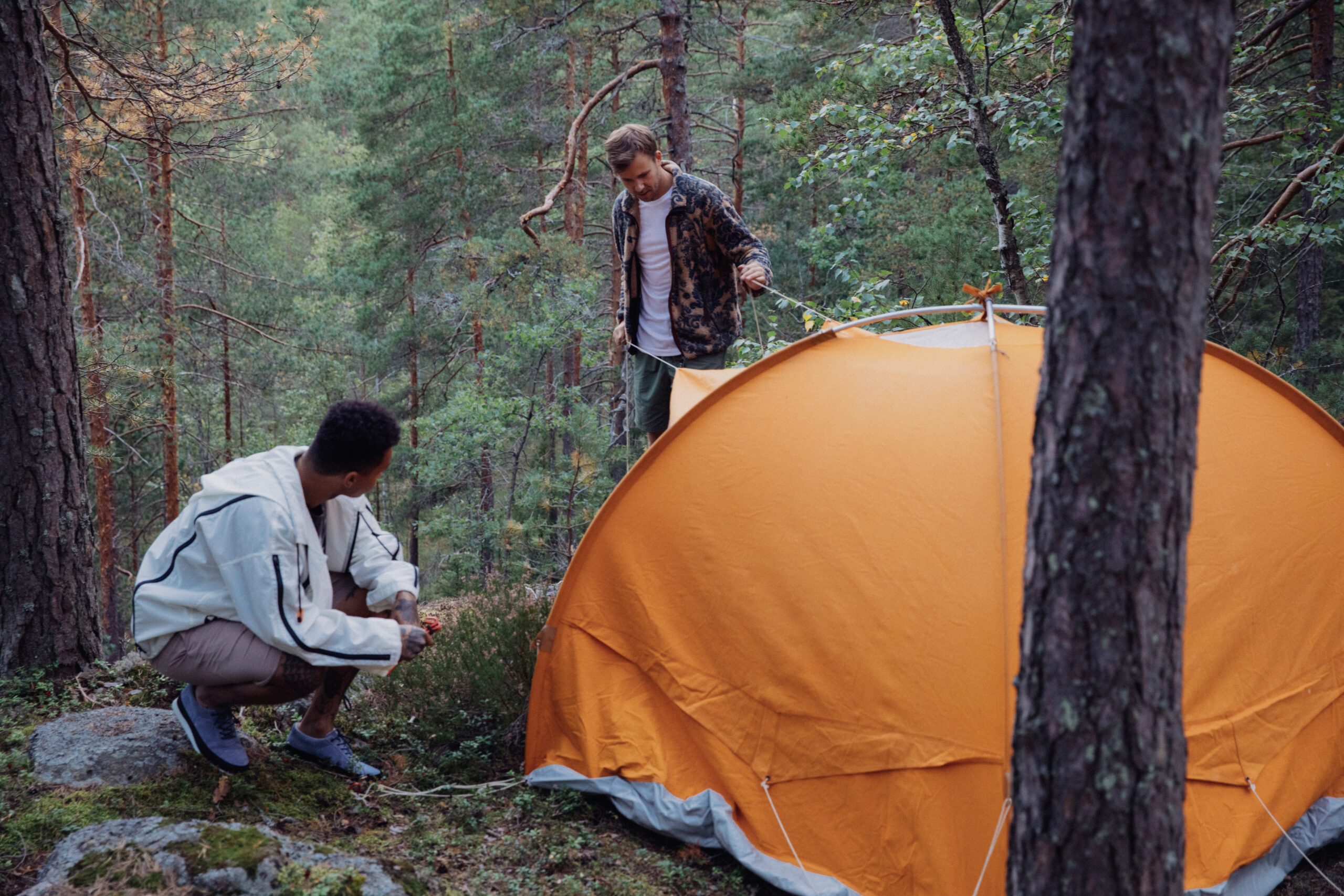 Made in Finland: Tarvas keeps its feet on the Finnish ground

The new Weekly series Made in Finland presents Finnish design companies that invest in manufacturing in Finland. What does this mean, and what is enabled by this investment? This series not only highlights the design process but the manufacturing process as well.

The Finnish shoe fabricator relies on soft values and marches on abroad despite the pandemic, thanks to Instagram.

Compassion is not the most common value for a trendy shoemaker to talk about, but Tarvas is no ordinary company. In addition to compassion, when talking about the Tarvas brand, it is necessary to mention their ideology, respect for local business, and hands-on attitude. These are the things required to make shoes in Finland.

Founded in 2017, shoemaking company Tarvas has built their client base without haste or compromising their values. Everything started with Jukka Lehtinen, Pekka Keinänen and Harri Saarikoski’s idea to design a shoe that would last both the challenging Nordic conditions as well as the test of style gurus.

Four years later, Tarvas is a model example of the new Made in Finland movement. Their shoes are designed in the Kruununhaka district of Helsinki and made in Parkano in the region of Pirkanmaa, Finland. The final touches are added and the shoes are packed in Kruununhaka, from where they are shipped abroad.

Manufacture in Finland is both an ideological and practical choice for Tarvas, says one of the founders Jukka Lehtinen. Thanks to the factory being just a couple of hours’ train ride away from Helsinki, even a global pandemic cannot disrupt the supply chain too severely.

“Of course there were challenges during the first half of 2020”, Lehtinen notes. Once the pandemic was on in the spring, the shipments were delayed and many retailers cancelled their orders. After the first shock the sales are back on track, however. The black-soled version of Tarvas Explorer introduced in the autumn has been to buyers’ liking. Lehtinen says new international sales conquests have been made in Sweden, Germany and France, in particular.

“The new model is selling really well. We were contacted by completely new retailers,” he says.

Commercially speaking, Tarvas has its foot securely between outdoor and urban cool. Particularly in Sweden, Tarvas is sold in all the right places: at both the NK department store and the Nitty Gritty store in Stockholm.

“The pull is now best in Sweden, and Nitty Gritty is indeed the spearhead,” says Lehtinen.

To be a Finnish company, Tarvas has gained exceptional interest from premium gatekeepers outside Finland. In addition to Nitty Gritty, these include Trunk Clothiers, with which Tarvas sells custom shoes in London and Zurich. Amongst the above mentioned countries, Germany has really opened up during the pandemic: the Manufactum chain accepted Tarvas products to both its online store and up to 15 street-level stores.

Success springs from various factors, such as timeless design and the changes taking place in the world. The design of a Tarvas shoe breathes values that have surfaced widely during the pandemic. Hiking, or dreaming about hiking in the city, authenticity, local labour, i.e. the Made-in-Finland factor for us Finns, are brand-related features that are appreciated right now.

Tarvas is known for its vested interest in the basics. For a long time the brand had only one shoe model: the low-cut Tarvas Explorer. It was quite a shock last spring to find an angle-cut version of the Explorer. As a next step, their light sole suddenly turned black.

Last autumn’s novelty, the black sole shoe was inspired by the Daiki Suzuki x Tarvas collaboration, where the Finnish company created a version of its shoe with the Japanese designer who enjoys a cult status in the menswear circles. The black sole inspired by Daiki Suzuki was kept in the collection.

Manufacture in Finland is rare in the clothing industry, but for Tarvas founders Jukka Lehtinen, Pekka Keinänen and Harri Saarikoski it was an ideological choice. All three share a background in the fashion industry, particularly in shoes, and that is how they found a factory in Parkano.

Lehtinen says production in Finland turned out a definite asset during the pandemic. These three often visit the factory and help with production. They have been able to do so over the past year, too. Situation would be very different if their production facilities were somewhere far away.

From an ideological point of view, it is important to have production in Finland for two reasons, Jukka Lehtinen says. First of all, Tarvas strives to produce quality locally. Secondly, their principles are based on soft values. Let’s return to compassion then. Tarvas wants to be aware and sure of the working conditions and facilities at the factory. They make sure everything is okay by putting on some overalls and stepping in personally.

Jukka Lehtinen says it may be possible to move production outside Finland in the future, but not too far. Materials are chosen on ecological grounds inside the EU as it is. Although production may expand outside Finland thanks to growing interest, Tarvas will remain a hands-on shoe brand.

“We do so much by ourselves. It is a cost matter, and sometimes it’s overwhelming,” Lehtinen says.

Then again, using one’s own resources gets a lot done during a pandemic, too. Lehtinen mentions successful sales to retailers thanks to Instagram. When a well known influencer poses in Tarvas shoes, there they have another contact through Instagram and Jukka Lehtinen, for example. 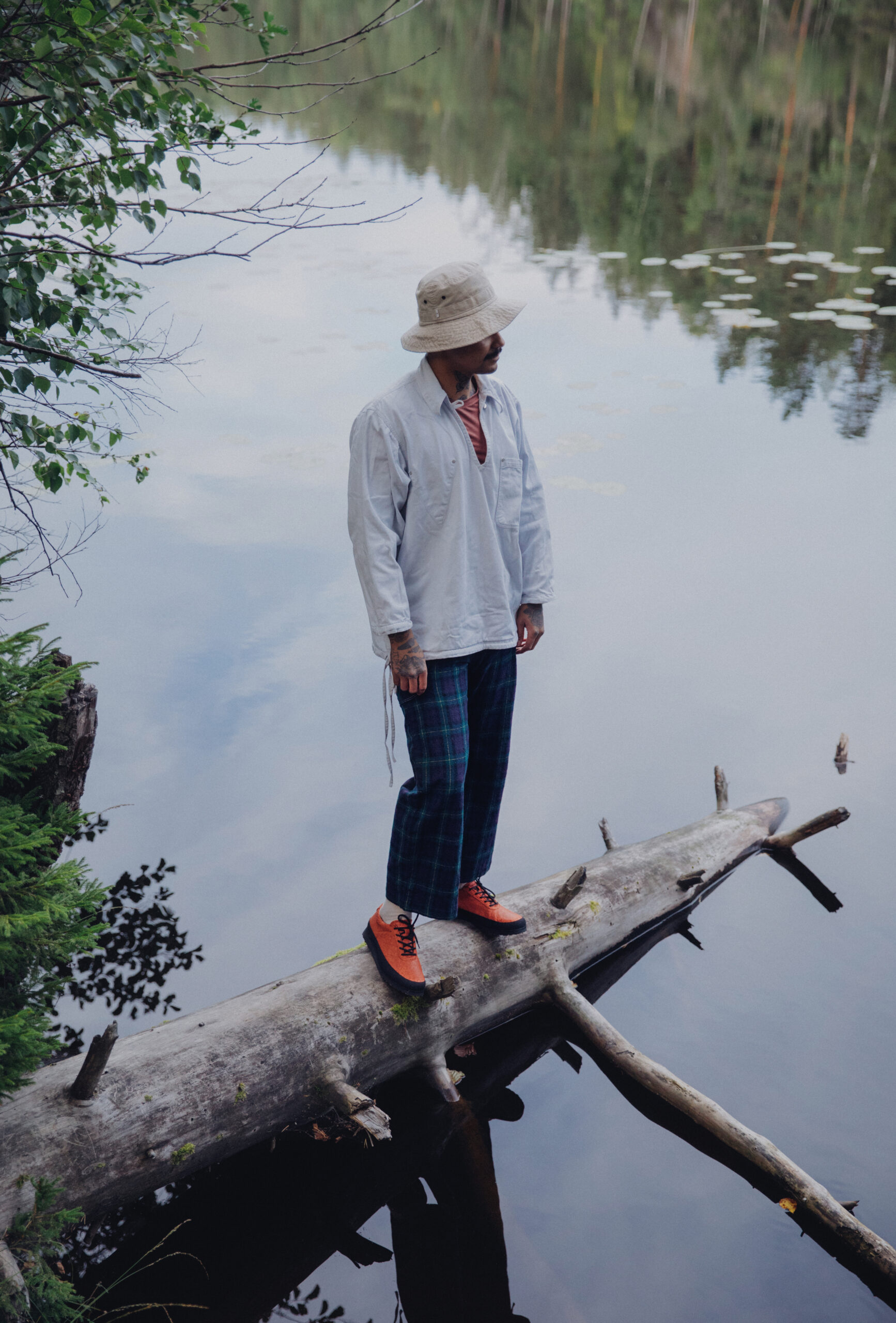 Lehtinen says that many potential trade contacts are cautious right now and not ready to take in new brands because of the pandemic.

However, the Tarvas trio had time to tour the world before the pandemic, and this helps with their online sales. They met with retailers in the east and west coasts of the USA when attending a trade fair in the end of 2019. The value of physical meetings is up now that they are not possible for some time. The most important “secret” behind their success is a good product, however; a design that looks really good in pictures and delivers its promise in real life.

Writer Jani Niipola is an author and journalist specialized in the creative economics.