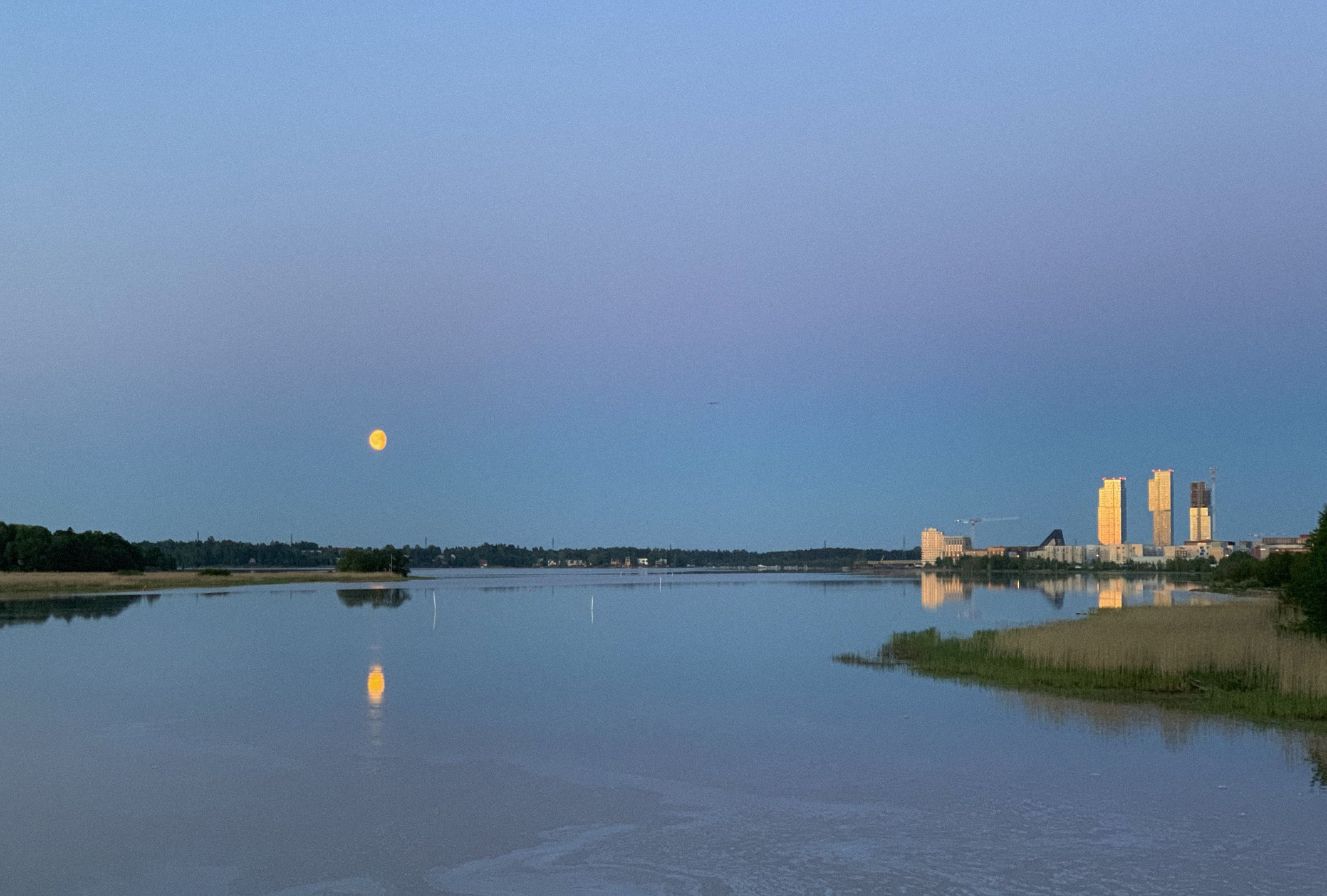 A look into the favourite maritime pit stops of a sixth-generation Helsinkian photographer and poet, Sara Vallioja.

When the spring sun begins to warm our backs, the seagulls return to the city and the people make their way back from the ice to the shores and rocks. The combination of sudden sunlight and lighter clothing creates a restlessness. The soft shapes of winter fade as the sharp spring light again illuminates the surfaces and contours of our surroundings. Every year, the same damp scent unfolds from the melting snow as the ice departs. At last a bareness, a clarity, the chance of a new beginning.

I love how Helsinki looks examined from different maritime angles. When I travel on my bike along the shores, when I sit high up atop the rocks.

Our home is situated in a dense block of stone houses in between main roads. Our windows face the inner yard. Sometimes the field of vision feels so narrow, my eyes are fixed on various displays throughout the day. I often feel an urgent need to shift my gaze somewhere far. Somewhere where my eyes can wander freely, with an easy breath. The lively springtime sea that has been unshackled from the ice serves well to transport thoughts to travels to come, to locations at a distance. To the very idea of movement –– of leaving and returning. To coming and going, just like that — like the herring gulls, sea gulls, and common gulls all do.

To run barefoot into the sunset, all the way to the end of Hernesaari, ready to welcome the promise of summer arriving along the Baltic Sea. To dip into the sea in Lammassaari while the orange metro flashes past in the horizon parallel to the motorway. A toast to our hometown on the rocks of Mustikkamaa with friends when the sky has turned pink.

There is no shortage of beaches in Helsinki. The city has one hundred and thirty kilometres of shoreline. It is quite unique. The city’s official maritime strategy aims to repair and signpost the whole stretch of coastal routes stage-by-stage for the use of all citizens. I wish that various unbuilt areas in their natural states can also be valued and kept open in the future, for the enjoyment of as many people as possible.

Walk up to the hilltop in Humallahti and examine what a Bronze Age burial mound looks like. This location has been a special one since the distant past.

Pass along the duckboards through the reeds, all the way to Kuusiluoto and greet the sheep. The gentle animals tend to arrive on the island as early as May. The western side of the islet has rocks that are very suitable for a breather. Be sure to time your way back so as to hear the passionate early summer singing of the nightingales.

This article is part of a series of creatives talking about their Helsinki experience. In addition to Helsinki Design Weekly, the articles are published at MyHelsinki.fi.