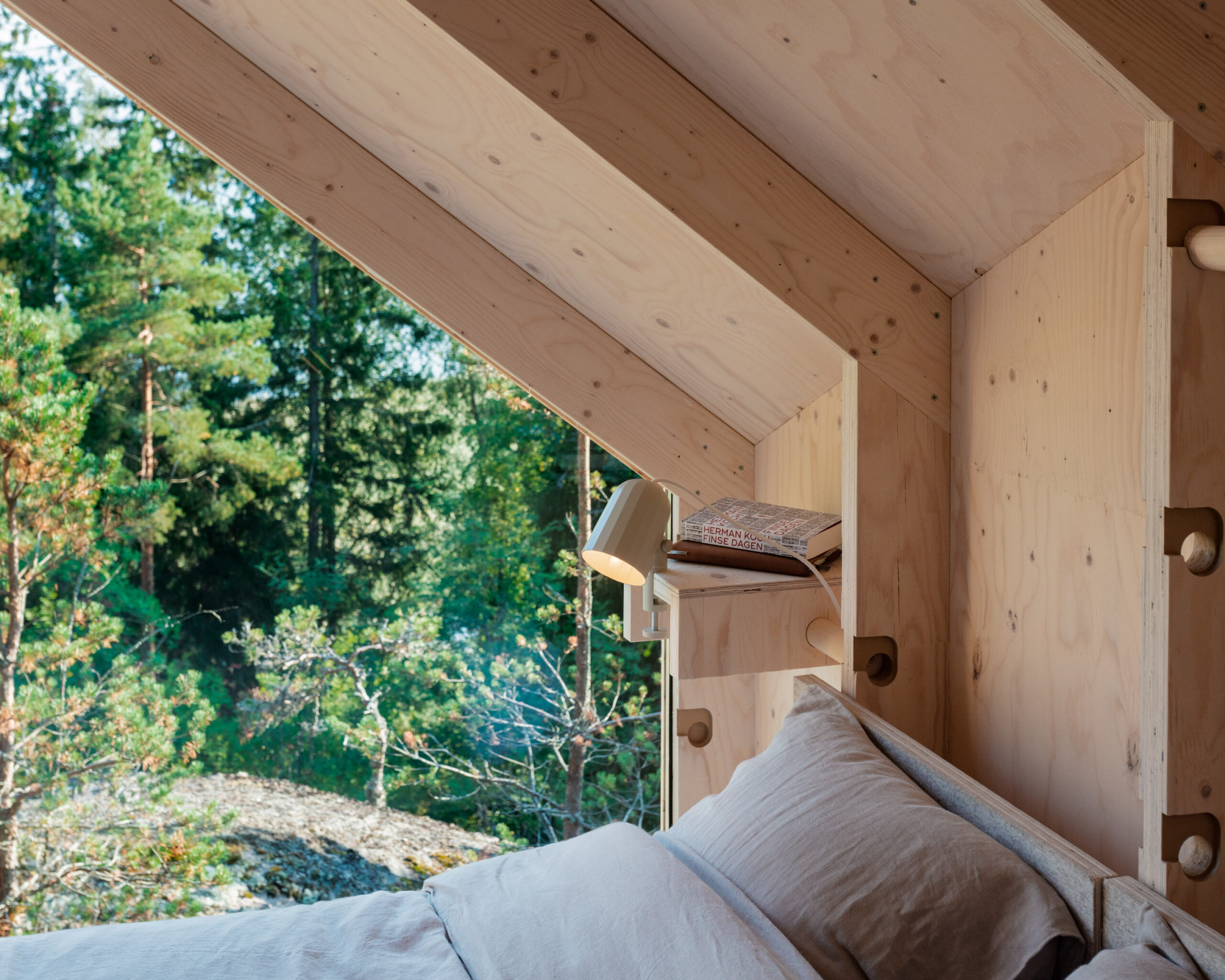 As the start of the second annual Fiskars Village Art & Design Biennale approaches, Helsinki Design Weekly talks to the designers behind ‘House by an Architect’. A project dedicated to praising wood architecture, interior design for small spaces and contemporary art.

The Fiskars Village Art & Design Biennale happening between 22 May – 4 September in the quaint village carrying the same name, combines art, design and architecture in a truly delicious way. The Biennale is determined to engage artists, designers, architects and local communities, offering topical, egalitarian platforms for encounters between makers and enthusiasts.

With this summer’s Biennale’s focus keenly on architecture, Helsinki Design Weekly presents ‘House by an Architect’. A collection of small and compact houses that celebrates the way of building small – a trend that is gaining popularity internationally.

The exhibition opens to the public on Friday 26 May at 12 pm.

According to Sami Rintala from Rintala Eggertsson Architects, building small means building in the most sustainable of ways. “Humans are not animals that are large in size – why then, are we building spaces big enough for elephants?”

The Norway-based Rintala Eggertsson Architects is known for works involving  architecture, public art and urban planning. The architects, Dagur Eggertsson, Sami Rintala and Vibeke Jenssen, behind Rintala Eggertsson share a generous and open approach towards their craft. The group has exhibited a unique ability to design and build exquisite buildings and bridges which share a natural ability to engage with people.

To Fiskars the architects are bringing Kiiruna, a beautifully built collection of several small house units. Something which according to Rintala, has its roots deep in the biology of all animals. “What we have built is a small collection of houses that, through careful placement, are able to build their own microclimate.”

By placing small housing units in predetermined formation, the architects have been able to create small nooks where wind becomes blocked, creating crannies that offer their own climate. A small space where visitors and future owners are able to sit and enjoy the outdoors for months longer. This for anyone stationed in the Northern parts of Europe, comes as wonderful news.
Almost as wonderful as the image Rintala paints with a reference to zoology in general: “If you think of yaks for example, these oxlike mammals are long-haired yet in case of colder weather, often found huddled together closely for protection and warm-keeping. Much like the Kiiruna entity.”

Building somewhere along a similar interface of indoors and outdoors, is also AS LL TK Architects. To this year’s Biennale, Antti Soini, Leo Lindroos and Tuuli Kanerva are bringing Hammoc. Described as something of a “modern safari cabin”, this tiny house truly blends the boundaries of what building into nature might entail.

According to Kanerva, the project aimed to build something that was both light in structure – and as an experience. A space that sways between two elements, a wall that backs the tiny building and a separate storage space. But while there was a wish for lightness, the nature of the building had always its bearing deep in the zoology and the nature of humans.

“We really wanted to create something simple. Intuitively we may tend to think of simple spaces as square rooms with some windows. But if we approach the idea of simplicity from a more primordial need for shelter then we might arrive at the basic idea of having something that protects your back,” Kanerva explains.

Lindroos goes even further, “For us humans, the formation of the eye makes us always control the spaces and view that surround us. This has protected us from predators in the past.”

“Taking this idea of having your back covered for protection made us arrive at the thought of shelter not being a room – but a corner. Having a corner keep our backs protected allows us to safely and calmly take in and enjoy our surroundings,” says Kanerva.

And the triangular Hammoc with its wall-length glass doors (which open completely) really does offer a wonderful view into the surrounding nature! A stay in this cabin makes any visitor engage with nature while existing in a lovely indoor/outdoor realm.

While this might sound easy, according to Lindroos, building simple is extremely hard.  “It is kind of like magic when trying to build in a simple manner. As designers we get a great kick out creating something that exceeds our own apprehension even. Like, can it really work like this?”

For the end user, Kanerva hopes for an experience that is deeply rooted in the feeling of safety and being free. “We simply want people to feel like ‘This is where I want to be’”.

For Willem van Bolderen, Founder and Architect behind Studio Puisto Architects, bringing Space of Mind, a Wallpaper Magazine awarded building, is taking a step closer to nature. “Space of Mind was created during the pandemic in order to step away from your daily routine. To try and build a connection with nature that we were all craving.”

To Fiskars, van Bolderen is bringing the award-winning concept along with a sauna building that has never been exhibited before. With the new addition, Studio Puisto Architects and Protos Demos behind Space of Mind, are joining Bonden Living. A Finnish company based in Kauniainen, dedicated to making Nordic Design Essentials made of nature-based materials.

A collaboration which is influenced by the idea of nature being often found close by. “There is no need to travel to forlorn locations. We merely need to look close but in a new way.”

According to Kati Hienonen, Owner and Designer of Bonden, this is a core value that has influenced textile choices as well. “I have chosen materials that make you feel connected to your surroundings. The materials are soft and natural such as linen and lamb’s wool from local animals. With these choices we create a sense of space and place.”

van Bolderen continues, “We believe that by using locally sourced materials, we connect to the surrounding community and its old knowledge of the tradition of the space – this way tying ourselves deeply into the place and its surrounding nature.”

The House by an Architect exhibition is open for visits, sleepovers and purchases. More details can be found here.