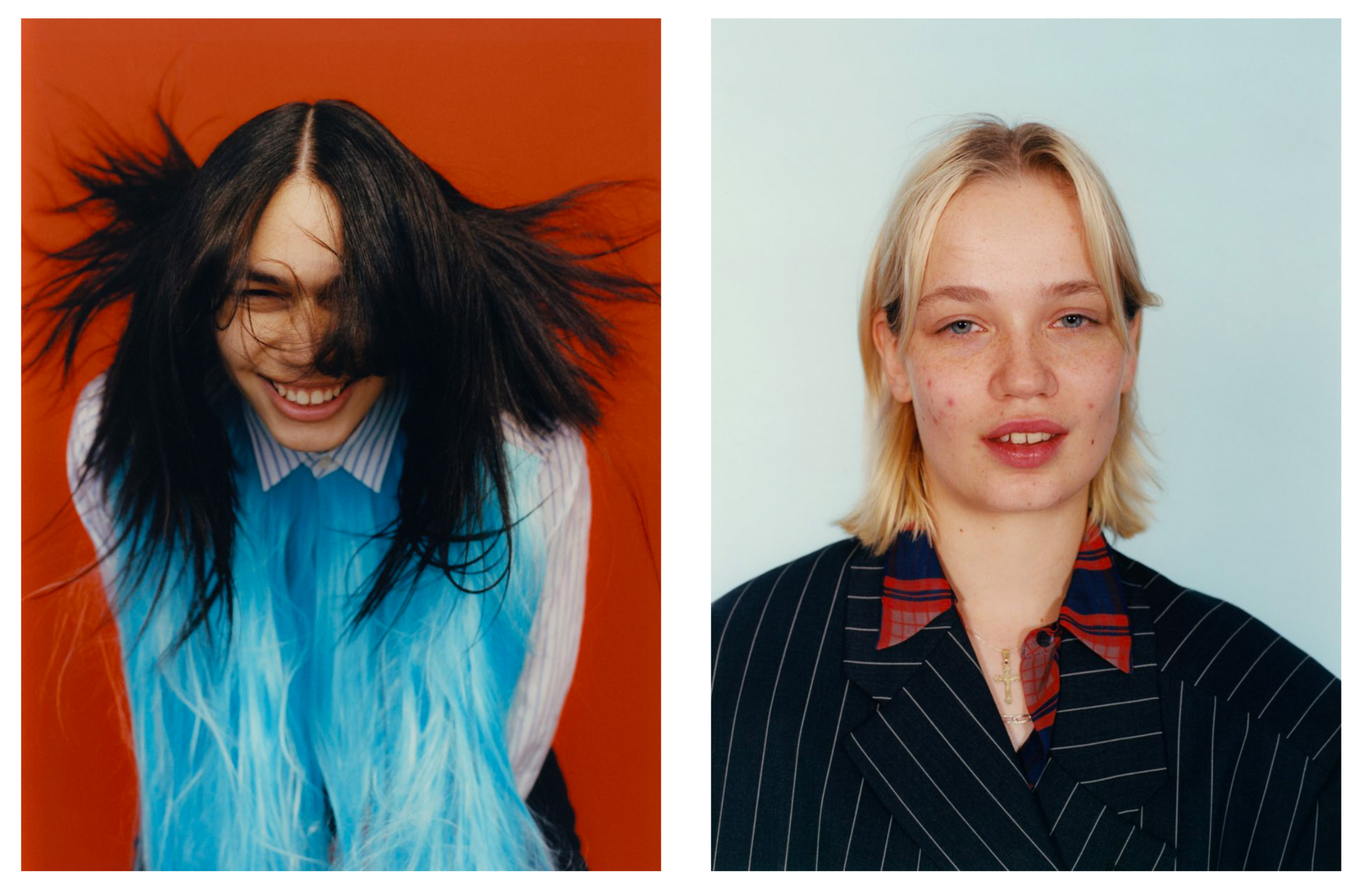 Osma Harvilahti is an internationally acclaimed talent whose work has been portrayed in Apartamento Magazine, The New York Times Style Magazine, SSAW and Vogue France. The photographer has worked with brands such as Lemaire, Louis Vuitton and Hermès – yet remains relatively unknown in their country of birth. Weekly’s Elena Sulin met Harvilahti and discussed experience-based work, the world of fashion and the importance of rest and rehabilitation.

Hi Osma, could you let us in on the nature of the work you do? Your publications Polychromatic published by Editions du LIC in 2013, Ethiopia, originally published by Libraryman in 2018 and Fashion Eye, Saint Tropez, produced for Louis Vuitton in 2019, show remarkable talent.

The two first publications could be considered as passion projects, or personal work. Fashion Eye, which I photographed for Louis Vuitton in Saint Tropez, remains as my last. During these past years, I have been strictly involved in working with fashion and design-related projects. It seems like the first months of the COVID-19 spell I spent in some kind of survival mode. A phase which was then followed by a state of urgency during which I took on most of the work that was offered to me. A mood that has stuck with me ever since. Something which I am only letting go of now.

To me, all these seem to come in as little rivers that then grow into new streams – but I never saw myself purely as a fashion photographer. I would love to stay away from labels but it is also true that I have been drowning in work. And you know, fashion projects, especially during the pandemic, offered little bubbles for us to exist safely in groups of 20-30 people. It was almost like hanging out in a bar or something, you could just get so close to people and not feel guilty about it.

I have heard that you are very good at planning work and sticking to your vision. What is your philosophy?

I have always tried to stick to relatability. With this I mean that, as often as possible, I have tried to begin projects from personal interest or experience. This to me immediately creates creative spaces that allow for emotions to rise. These emotions then allow me to connect to these projects, the environments and the people involved. Through personal attachment I am able to take deeper dives into the phenomena and issues I wish to portray. I have also always loved seeking people, places and things which I know nothing about. This to me is the perfect place to start. Here, the only way to begin is by asking others and looking for ways of entering unknown places. But this can only be done through empathy, understanding and a basic level of humanity. I believe that only through the ability to understand or feel what the other person is experiencing, are we able to approach things that we would normally not even consider.

Polychromatic, published by Éditions du LIC in 2013, is full of such vibrant colors and inventive compositions – what was the process behind the publication?

Polychromatic is a nice example of my work where the composition clearly represents the way I tend to work in my personal projects. Which is: I try not to conceptualize but rather attempt to work from experience. It is a very aesthetics-driven, lightly edited book with a strong visual narrative. Actually when I think of it now, it still seems fresh. A publication of moments from travels done with a camera in hand. And again, coming back to the idea of philosophy, there was a strong personal connection which led the project.

How did you get started in the first place?

My background is in sociology, I have always been interested in exploring human nature. While I did finish my Bachelor’s thesis in political science, I never graduated but did, however, end up studying a bunch of courses in graphic design, art history and visual journalism for example. My interest in sociology has also been increasing again lately and I am reading more now than in years. In addition to this, I also enjoy reading poetry. To me, poetry and photography are unquestionably linked. I feel as though still imagery could be seen as a more poetic way of producing things into this world when compared to cinema, for example.

By this I mean that with one image alone, we are able to offer something concrete to the viewer that might remain ambiguous yet still allow for the viewer to feel things. To feel something deeply personal. But in order to do that, the images must hold something truly personal to the photographer. If they do, then the image itself forms a bridge between the outer and the inner experience. A certain stratification of sorts that builds first on the inner, the personal.

How are you able to balance the deeply personal with the commercial?

It is incredibly hard, I will admit that. When an editorial request comes in it isalways followed by a certain amount of social pressure – who else is working on this, can I take this on and how will the work be regarded? The art and fashion worlds are extremely elitist, there is an increasing amount of inclusive behavior out there.  Both have also been cultivating ways of working where systems and gates are put in place for guarding the interest of the higher levels, the elite.

Workwise, it means that there might be one person in the loop who then decides whether you get to shoot an editorial, or not. And getting editorial commissions can be extremely hard. Making moves that are not appreciated by certain people then further alienates one from these few opportunities.

In my personal work, as I mentioned, I aim for the experience-based. My friend, artist Aapo Nikkanen and I made a road trip to Greece in 2019 with the sole purpose of opening ourselves to new people and experiences. We ended up drifting from island to island, meeting people on nude beaches, record stores and streets of Athens. Guided by one person to another we were able to shoot in a way that was led by living in the moment. Keeping eyes and heart open for all types of encounters. Meeting a bar owner who turned out to be a witch and so on – spontaneous things. Things that are now waiting for publication. I have kind of been busy of late.

You seem to still be relatively unknown in your country of birth. With that in mind, what have you been working on lately?

On the editorial side, I have been collaborating with stylist Imruh Asha, a great example of an artist who is absolutely engaged in every project he steps into and very present in any work opportunity he chooses to take part in.

I have also recently shot for Dazed, Italian Vogue and an editorial for WSJ with stylist Alex Carl, all of which are out in September.

And I always enjoy working with Hermès and have done so ever since I moved to Paris seven years ago. The brand is a customer that is interested in art, theater and music – super engaged and cultivated. A client that is not after trends or hype but where the culture and philosophy is based on something much deeper.

I photographed a Versace campaign early this year while suffering from food poisoning. This was a typical example of working under severe pressure in less than perfect circumstances yet being led by intuition which then, in turn, might lead into making decisions that are based on the already experienced.

Towards the end of 2021, I worked with Virgil Abloh, the artistic director of Louis Vuitton’s menswear collection. I had been wanting to work with Virgil for a long time and after the shoot I received an encouraging and warm message from him. I was inspired by his kindness and how he took time to have this casual conversation with me.

What about the personal – the deeply personal?

I have started to prepare for my fourth book project and will be shooting in Helsinki, which I feel very excited about.

I have also been cultivating another personal idea for the past years. A professional production that would involve a book and a short film. But before I get to that there is work to be done – and also resting.  For the past three years I have spent every December living in eco communities and farms just reading, meditating and thinking. This little ethereal hippie kind of thing to me has been crucial in keeping my mind clear while sometimes being stretched out of experiencing deeply personal things.

More of Osma’s work can be found here.