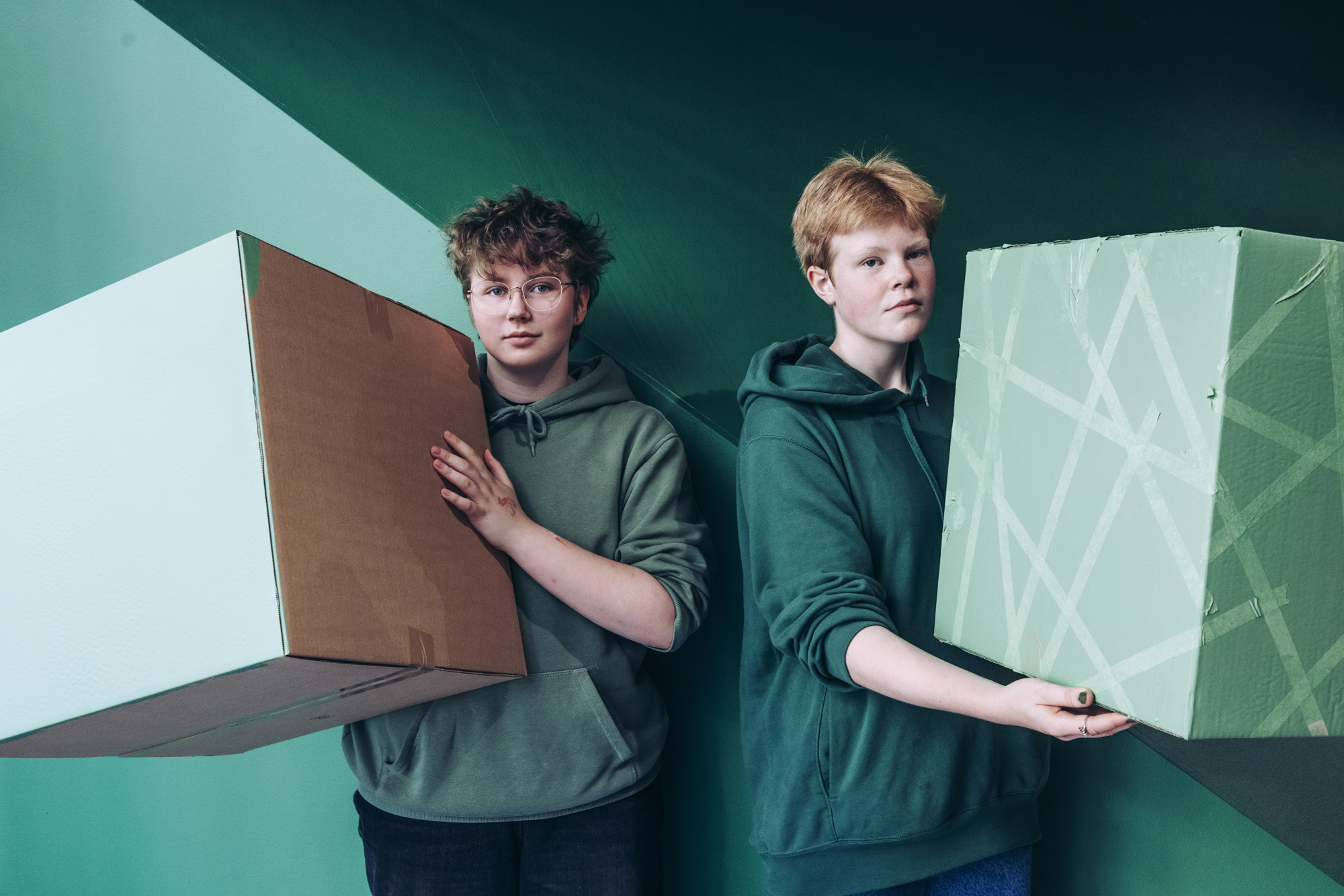 Kids’ ideas of the future displayed in the city centre

The main event of Helsinki Design Week for the Young involved designing a city of the future. Children and young people were given a say on what they think a better, more open city of the future should be like. This event took over the ground floor display windows in the corner of Aleksanterinkatu and Mikonkatu in the very centre of Helsinki. The window installation was created in workshops held over the weekend 3–4 September 2022 and participated by children and teens.The installation remained on display for the citizens to admire during the Helsinki Design Week festival (1–11 September 2022).

The planning for the HDW for the Young event kicked off in June. Helsinki Design Week’s event partners were the City of Helsinki, Urban Tech Helsinki, selected designers and the Design Academy of the Design Museum and Ornamo. Designer Hanna-Kaarina Heikkilä, Illustrator and Graphic Designer Sanni Wessman and Educational Curator at Design Museum Hanna Kapanen were in charge of the conceptual design for the workshops.

During the workshops, designers Hanna-Kaarina Heikkilä and Anni Pitkäjärvi and Design Museum guides Pinja Nousiainen, Anu Salonen and Iina Schwank as well as Audience Producer Elina Battarbee worked together with children and teens. As part of the workshops, sustainable city innovations by thinktanks were presented by Senior Advisor at the City of Helsinki Taina Seitsara and Urban Tech Helsinki start-ups Ekotekt, 100TM and Bioft Design Labs. Helsinki Design Week and Producer Rania Taina were in charge of the overall event production. The event was opened by Helsinki Design Week’s Programme Director Anni Korkman.

In the workshop for the youth held 3 September, ideas for a city of the future were gathered inspired by four themes: “Unruly Rooms,” “Hang-out Joints,” “Connections” and “Home”. The participants’ ideas were drawn and painted on cardboard boxes and built into an installation presenting the city of the future. On Sunday 4 September, children with their families, caretakers and companions gathered to work on the installation. Kids continued to build the city of the future of cardboard boxes, illustrating their visions of and views to a dream city on a template created by Sanni Wessman. Their finished drawings were folded into instruments through which to take a peek into the future.

Working with young people brought on wonderful ideas for alternative futures. Sustainable city and wellbeing themes were considered important. Energy production in various forms came up, for example solar energy and its integration into architecture. Kids wanted plenty of nature and green areas in their urban environments, perhaps by building more roof gardens. The windows of the city buildings could be made of mirrored glass so that the rooms would stay cool in the summer and not waste energy. Equality and justice were among the themes emphasized. A more equal and disparate city would offer good housing at a reasonable price to those in need. Living in a house owned by the future city would only cost 100 euros. The future city would be a visually versatile and rich environment where new and old co-exist in harmony. Home was seen as a creative space featuring inspiring colours and shapes. Kids were also uncertain and worried about the future. Text Hopeful future was painted but blurred because the painter was not sure how hopeful they could feel about the future.

Children’s workshop allowed kids and their adult companions to engage in a dialogue about the future. One central theme of the workshop was “Home in the Future”. In a home of the future envisioned by the kids, people could move from one room to another by using slides, for example. They want large gardens on the roof with water features warmed by using solar power. The workshop also produced an idea of an animal hospital that could be entered in a flying car. A future day-care centre would feature a rainbow balcony for playing the piano. For the kids it was important that each day-care group consist of people of various ages and that younger and older persons do things together.

During the event, children and teens got the opportunity to imagine alternative futures and themselves as the builders of those futures. The workshops proved that it is important in this moment to stop and think about the future and related design themes. Design and design education provide an opportunity to review a change that is difficult to imagine, and at best, imagine it together. This event was an inspiring example of multidisciplinary activity that produced new insights by bringing together people from various fields with kids to generate new ideas for urban environment development for the future. At the same time, this type of activity supports kids’ agency and faith in the future, helping them understand that the future is not something given but to be influenced by individuals.

The writer Hanna Kapanen is an Educational Curator of the Design Museum.