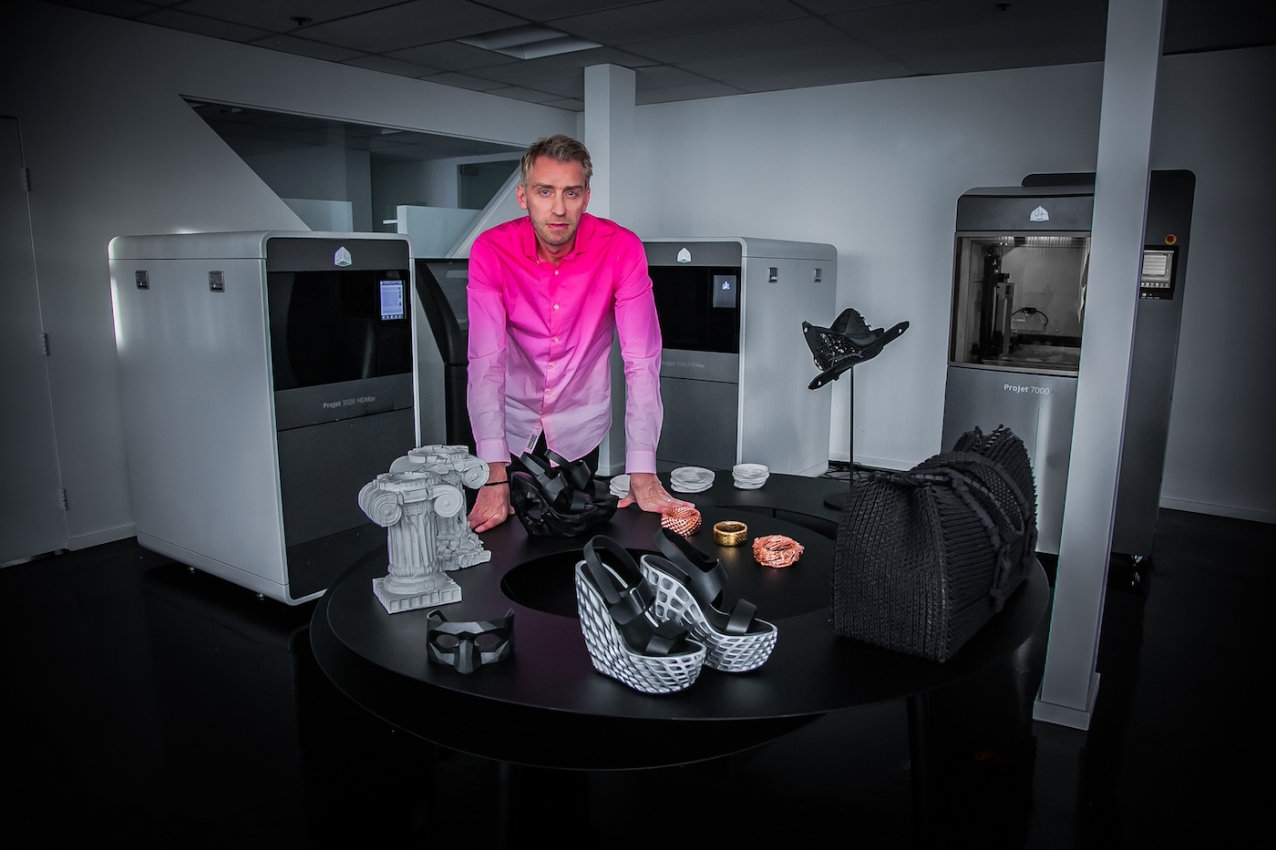 A pioneer of 3D printing lives in Los Angeles and works with rap artist Will.i.am.

A pioneer of 3D printing lives in Los Angeles and works with rap artist Will.i.am.

“Twenty years ago I thought I knew where 3D printing was going. Now I have now idea, and I see new developments every day. That’s why this is a good moment to go; I can be the little kid for a while and check what others are doing,” says Janne Kyttänen over the phone. He takes the Skype call at nine on a Saturday morning in Los Angeles.

By going he means that he is changing jobs in February. For some years Kyttänen has worked as a creative director for a US company called 3D Systems; first in Amsterdam, then nearly 18 months in Los Angeles.

3D Systems is a leading 3D printing company, producing printers, printing materials, and spare parts for both professionals and consumers.

Graduating with a company

Kyttänen was born in 1974 in Hämeenlinna, Finland, and he is considered one of the pioneers of 3D printing. He studied design in the 1990s; one year in Barcelona and later in the Gerrit Rietveld Academy in The Netherlands. He explored quick 3D modeling – a completely new technique for object design – early on during his studies.

While graduating in 2000 he founded Freedom of Creation, FOC, a new company that became part of his diploma.

“I had to finish my studies with a diploma. One of my fellow students produced a chair, another created a table; I was interested in things on a wider scale. My idea was to design a new industry. It all started with the thought that in the future, we are not to produce stuff in China and transport it to the masses but to create a new environment and have 3D printers at home.”

FOC began by offering design services to companies that wanted 3D-printed products, but it wanted to invest in a product line of its own.
The company launched exclusive lighting fixtures, jewellery, furniture, and interior design items created by Kyttänen and a few others designers. They startled the design circles, both esthetically and technically. FOC became a favorite of design media, and its products won plenty of design awards. Products designed by Kyttänen can be found in a dozen museums around the world; for example, his Punchbag and lighting fixture are included in MoMA’s collection in New York.

When technology was to meet design

In 2011, FOC and another company founded by Kyttänen – Freshfibers that produced phone covers, among other things – were sold to American 3D Systems. At that point, FOC had grown to employ 15 persons. 3D Systems was founded in 1986 and employs nearly 3,000 persons.

This transaction brought technology and design items together. At least that was the original idea.

“We sold the company in order to let 3D Systems invest in the sales of our products, and I was also willing to donate all my files to future makers in order to push the industry forward. Little by little we learned that they had bought the products and the files for their own marketing purposes. Industry is still the biggest payer of 3D print production; consumer products grow slowly.”

Nevertheless, Kyttänen is interested in consumer products and art projects. He has entered Art Basel Miami a couple of times with his unique 3D works.

Listed companies often only look as far as the next quarter. The future beyond, however, is more interesting to Kyttänen.

He has kicked off his own private equity company that operates in Amsterdam and Los Angeles. At the moment, he is also involved in three 3D-related start-ups. He says that small companies are great innovators of 3D printing and that it is hard for a listed company to compete in that area.

“At 3D Systems, I argued that if we fail to look fifty years ahead, we’ll quickly face trouble. I always used Nokia as an example, but in a few years it will be hard to remember a company that employed a few thousand people. It becomes hard to compete with other companies without new concepts. The first couple of years were spent in designing new hardware, software, and materials because the company had done absolutely no design for thirty years. Then we were itching to find the next thing.”

Shared studio with a rap star

Cooperation with Will.i.am is the next big thing in Kyttänen’s career. Will.i.am is the founding member of The Black Eyes Peas, a music producer, and an actor. A few years ago he launched a new Ekocycle brand with Coca Cola to creat lifestyle products of recycled materials.

“This is actually a 15-year-old concept. At that time I was thinking to have one machine at home to recycle all plastic waste. This year I’m seeing the machine for real,” Kyttänen says.

His cooperation with Will.i.am continues. He shares an experimental studio with the rap star as well as a group of teckies, musicians, fashion and graphic designers, and other specialists.

“The idea has been to share a space among various creative fields and see what happens.”

Kyttänen has weaved a wide network during his year and a half in California. This was one reason to decide to leave 3D Systems. Will.i.am’s studio features well-known characters to bump into, such as Will Smith and Justin Bieber.

Take 3D to the moon

3D printers are expected to revolutionize the world in the way that urbanization and internet have done. We are already able to print cars, artificial bones and arthroplasty, food and buildings. Skyfall the movie featured a 3D-printed Aston Martin. 3D Systems has used meteoric iron as a material for 3D printing.

“If, some day, we move to the moon, we will not transport materials, only machinery,” Kyttänen explains.

He deliberately tested the limits of 3D printing while working for 3D Systems. He designed and printed a sofa with spider-web-like structure. You could lift the sofa up with one hand as it only weighed a couple of kilos; yet it was durable.

“It is the largest print in the company history. I was trying to show the engineers how slow the machines are compared to our future competitors.”

The sofa designed by Kyttänen is not likely to become a bulk product. The time used to print it cost 100,000 euros.

Kyttänen does have plans for bulk products, too, such as 3D-printed food. Production starts in California, and the project is ready to launch later during the spring. Obviously he is not yet ready to reveal too much about this project.

“There is not much difference left in the price compared to normal food production. Moreover, we are able to produce fully customized items.” 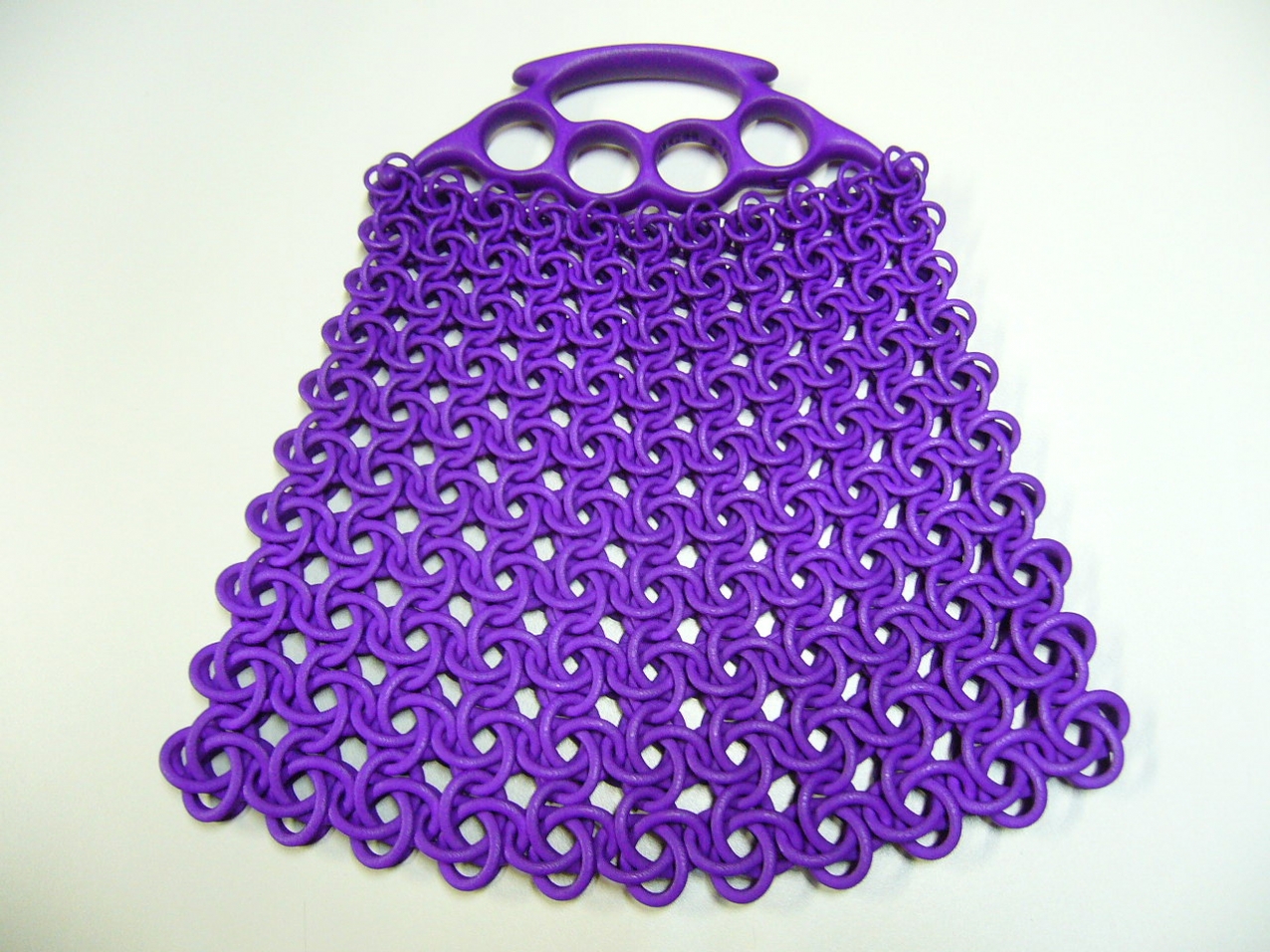