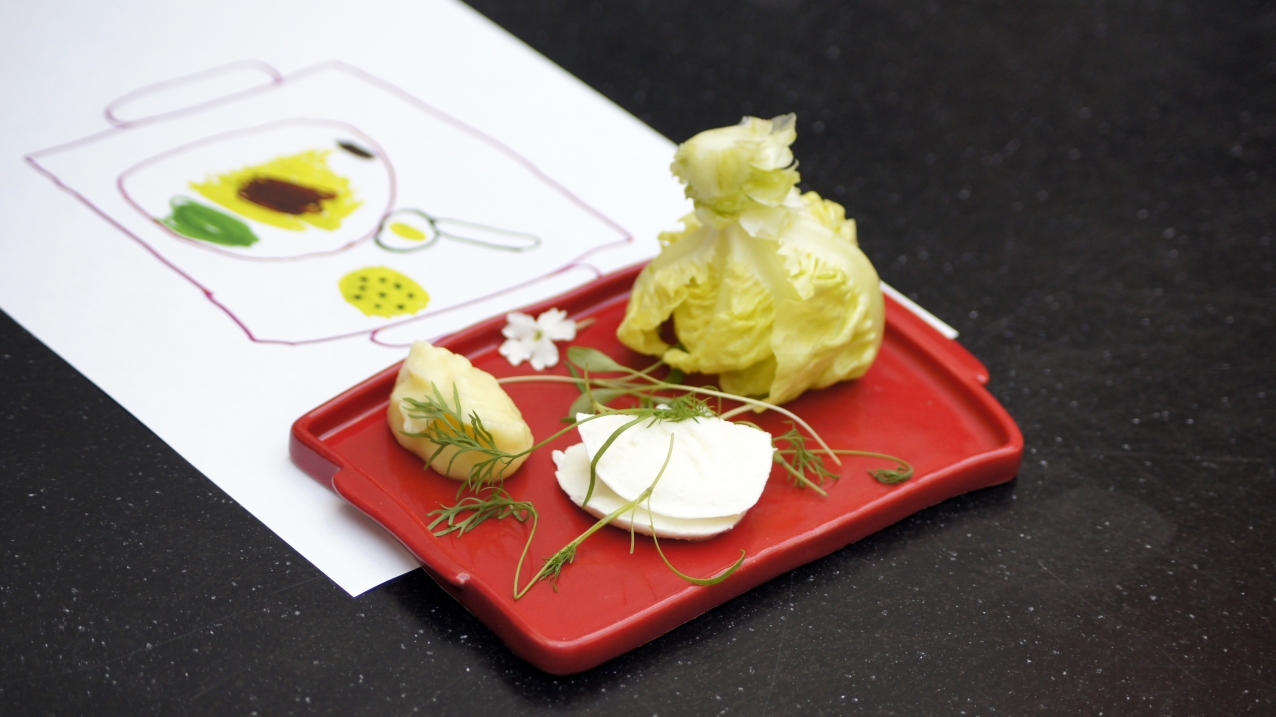 What happens when kids get to design the dishware and the top chefs the menu? At least ten creative combinations, the CHIL-DISH project proves.

What happens when kids get to design the dishware and the top chefs the menu? At least ten creative combinations, the CHIL-DISH project proves.

Children are the designers and chefs of the future. Why do they not, therefore, get a chance to implement their imaginative ideas already? The CHIL-DISH project decided to give them that chance.

The project began last autumn during Helsinki Design Week’s Children’s Weekend. Children were invited to draw “the world’s finest dishware” on the project created by Anna van der Lei and Kristos Mavrostomos. Ten drawings were selected from about 300 drawings and modeled as 3D-three-dimensional computer versions. These models were sent to the 3D printing service Shapeways in New York where they were printed.

“The biggest challenge was to interpret the children’s drawing and turn it into a functional and printable object without losing sight of the original idea,” says Kristos Mavrostomos.

The project combining imagination, modern technology, design and food culminated in the restaurant Olo on Saturday 12 March. Ten kids took over the Michelin-starred restaurant and worked as a pair with ten Finnish chefs. Together they cooked a meal that was served on a dishware the kid has designed. Kids saw their own work for the first time in the event.

Original drafts were drawn at the Helsinki Design Week last September and turned into unique pieces like a house-looking carafe and a mug with massive ears.

”Children should be taught already at the early stage of technology and high-qualified and local food without ruining their rich imagination. And the children’s way of thinking without rules, labels and habits are something that adults could learn and get inspiration from”, Anna van der Lei says.