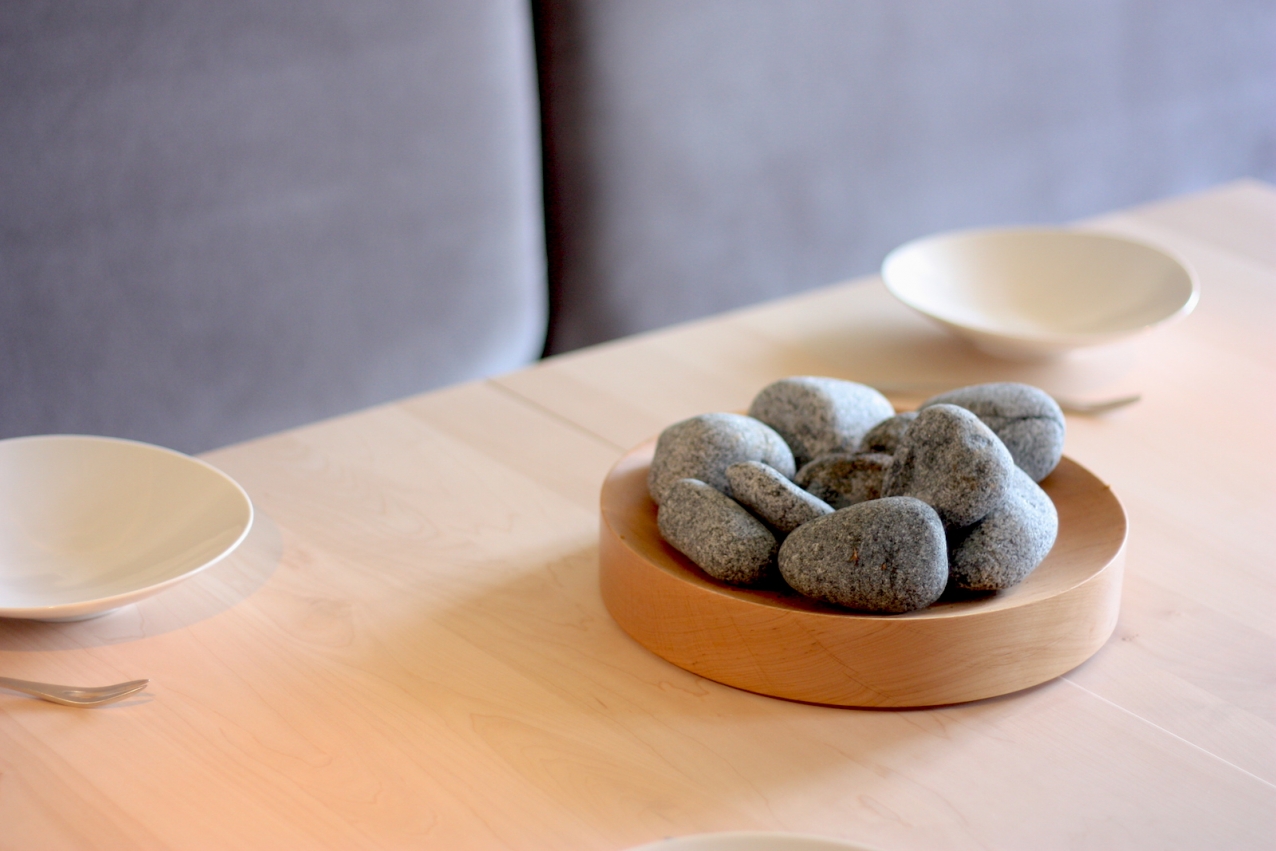 A new Finnish fine dining restaurant Finnjävel opens in Eteläranta, Helsinki. Artisans around Finland created all the dishes and other objects for the restaurant.

Design plays an important role in a new Helsinki-based restaurant Finnjävel, where every item is made specially for the restaurant.

Finnjävel is a fine dining restaurant which focuses on traditional Finnish cuisine and is opening in Eteläranta in Helsinki.

Behind the design is Ateljé Sotamaa‘s designers Kivi and Tuuli Sotamaa, who are pioneers in the creative use of advanced digital technologies in design and manufacturing. They designed the decor, furniture and all the items.

“This is a complete work of art”, Tuuli Sotamaa says.

With the help of 20 artisans from all around Finland, they created all the dishes, cutlery, and lightning specially for the place. For example carpenters, ceramists and silversmiths participated the project.

“We want to employ local producers. If the restaurant co-opearates with the local food producers, why wouldn’t we do the same with decoration?”, Tuuli Sotamaa says.

3D printing was also used. For example, the steak knives were made of iron and wood and put together with 3D printed pieces from Holland.

In total, the restaurant includes 146 new products. They are not found anywhere else, but can be purchased.

Finnjävel has also an own soundscape by a composer Tuomas Kantelinen.

Finnjävel is the first fine dining restaurant in Finland that focuses on traditional Finnish haute cuisine. The restaurateurs are top chefs Henri Alén and Tommi Tuominen. Alén got the idea a year ago.

“I was wondering why don’t we take advantage of all the skills we have always used to survive the harsh conditions of Finland,” Alén says.

In order to learn the skills, he marched to the antique store and bought all the old Finnish food books they had.

Then he traveled around Finland with Tuominen and learned about traditional cooking methods such as souring, drying and preservation, as well as local specialties. Now the menu includes dishes such as rössy (blood pudding), tuuvinki (fermented potato) and kopara (reindeer trotter).

The restaurant also has its own small dairy.

Finnjävel, literally Finnish devil, is a pejorative name Swedes gave to Finnish immigrants in Sweden during the 1950’s and 1960’s. Alén says it’s a perfect name for their restaurant that also used little devil’s horns in their logo.

“The atmosphere in Helsinki has been apathetic for a while, so we wanted to find the community spirit and create something new together”, he says.

Alén and Tuominen have decided to keep the restaurant open for two years only. After that they will close it or change the format.