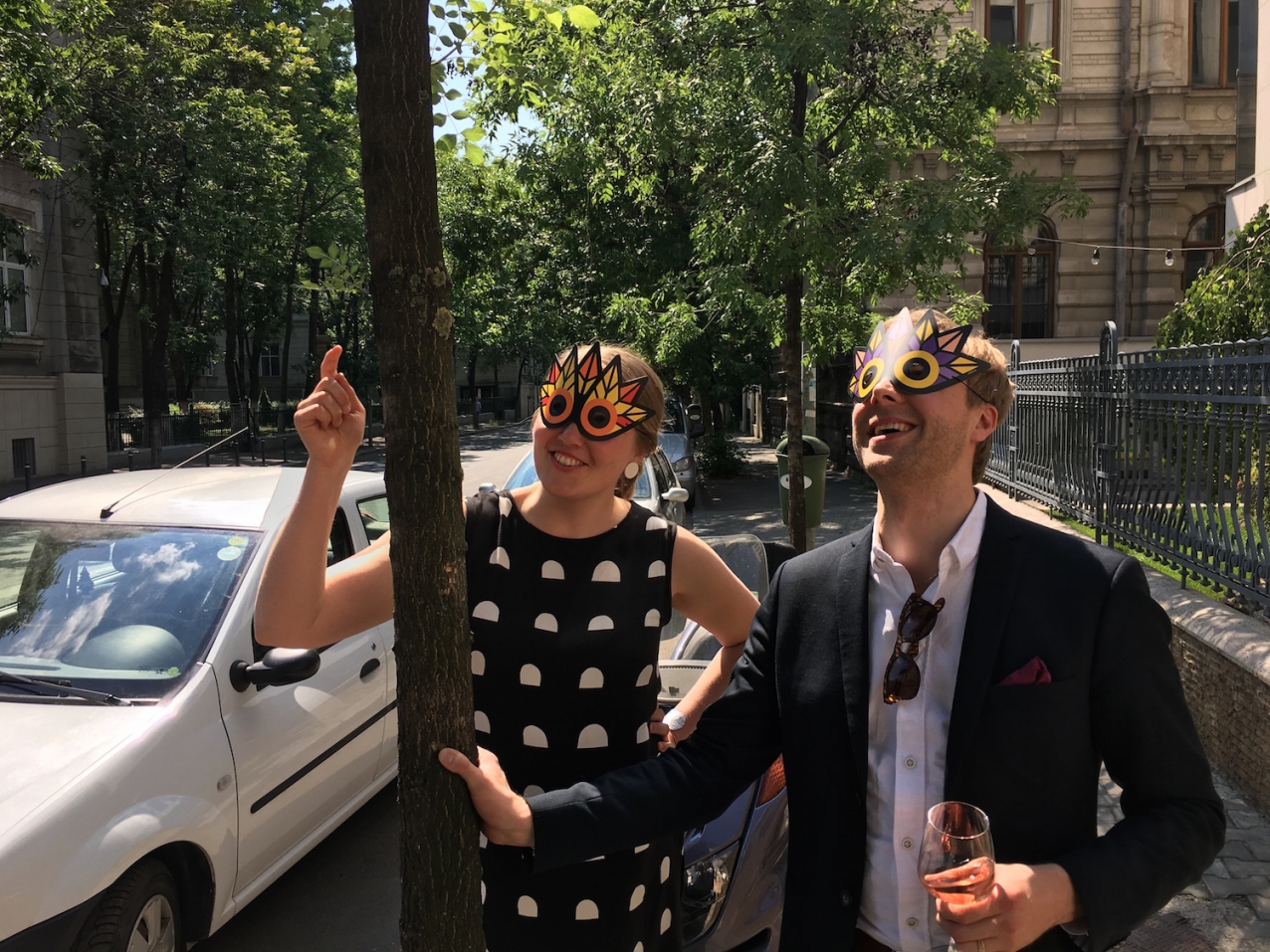 Weekly Pics is a peek into the visual diaries of designers and design professionals. To Romanian Design Week we travel with architects Inari Virkkala and Heikki Riitahuhta.

Inari Virkkala and Heikki Riitahuhta are co-founders of Uusi Kaupunkicollective, which is an architecture collective formed by youngdesign offices. Both Riitahuhta’s Studio Puisto and Virkkala’s new Virkkala de Vocht Architects focus on ecological and social sustainability.

“Greetings from Bucharest! Uusi Kaupunki Collective’s workshop method and Studio Puisto’s Dream Hotel were invited to the Nordic A turn for the better -exhibition as part of the Romanian Design Week as inspiring examples of participatory urban planning and creative utilisation of empty spaces.”

“The Design Week started with a big opening celebration in the main exhibition venue, Piața Amzei. Piața Amzei was originally designed to be a vegetable market, but as it was not utilized, RDW activated it into an exhibition.”

“A turn for the better -exhibition presented five Nordic solutions for creating liveable cities. Five projects were invited to the exhibition from each country:

The exhibition was curated by journalist Daniel Golling and curator Gustaf Kjellin from the Swedish SUMMIT.”

“Romanian Design Week’s merry and positive feeling spread around the city, here to the opening of the pop-up store by Eclectico Studio focusing on Scandinavian vintage design. With an own little prosecco bar!”

“More serious view to current Romania was presented in the Shrinking Cities Exhibition in the National Museum of Contemporary Art MNAC. Almost all Romanian Cities, including Bucharest are shrinking due to the diminishing number of children as well as emigration.”

“MNAC museum is located in the Palace of the Parlament building, which is a giant project built by the Romanian late dictator Ceaușescu. The building is the second largest administrative building in the world after Pentagon in the US. An area of the old town with 40 000 residents was cleared out in the urban core of Bucharest. Nowadays the building is half empty and the upkeep of the building costs millions. In the photo, the palace is being captured by Oslo-based architect Facundo Arboit from the ByBi-project.”

“On the last day of our visit, as part of the “Design for Change Center” of the RDW, a seminar was organised presenting all the Nordic Projects. In the picture, there are Heikki, Inari and polish designed Kasza Koprowska from the Oslo-based ByBi-project.”

“The biggest take away from the Design Week was getting to know the great Nordic and Romanian designers and architects. Adrian Soare, curator of the architecture, interior architecture and urbanism parts of the exhibition smiles at the lunch table.”