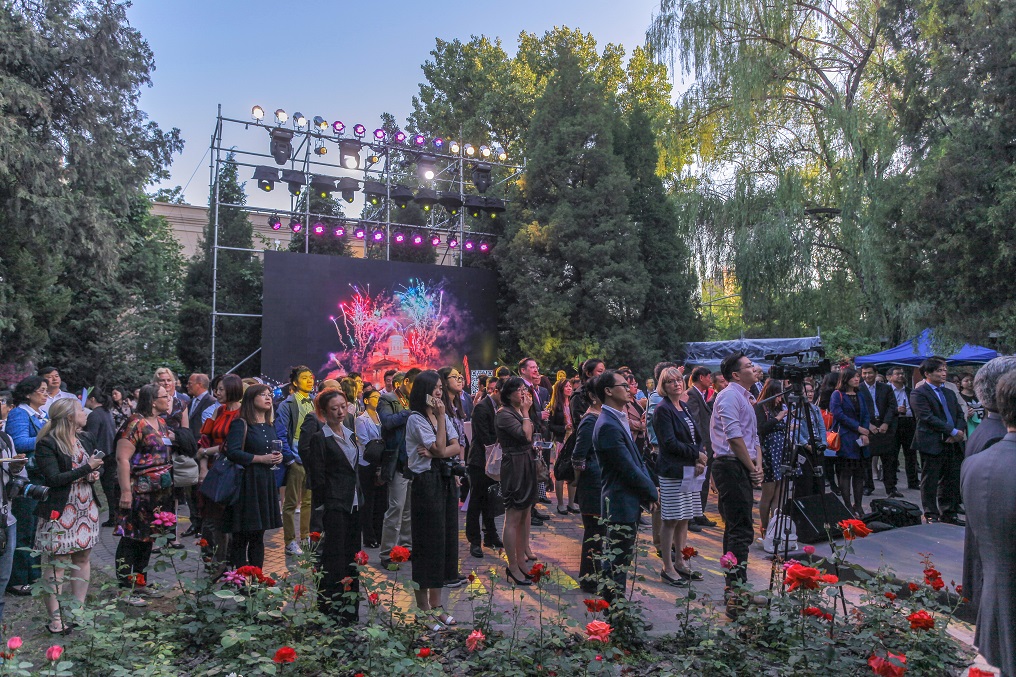 Peking and Helsinki have been sister cities for 10 years. The cities share not only their cultures but also knowledge about winter sports and clean indoor air, says Kaari Artemjeff of Visit Helsinki. She visited the MOI Helsinki anniversary event in China.

The friendship between Helsinki and Beijing is more comprehensive than one would think. The cities share not only their cultures but also knowledge about winter sports and clean indoor air, says Kaari Artemjeff of Visit Helsinki. She visited the MOI Helsinki anniversary event in China.

Helsinki and Beijing have been “sister cities” since 2006. And this shows in both places.

The cities have signed an agreement of artist exchange and are involved in international artistic initiatives coordinated by the cultural centre. In the autumn 2014, the City of Beijing expressed support for Helsinki by endorsing our application to become a Unesco City of Design.

Helsinki was most visible in Beijing from 11 to 15 May as the Moi Helsinki event spread across the capital of China for the first time. The programme featured concerts, workshops, a party for invited guests at the residence of the Finnish Ambassador, satellite events, fashion shows – and to top it all, a three-day culture event on the Xidan square in the very centre of Beijing.

Performers included Club for Five, HumppAvanti!, Ronya, dance artist Ima Iduozee, and the Wusheng Company that plays Beijing opera in Finnish. In addition to the stage programme, modern Finnish photo and video art took over the square, not to mention installations by artist Kaisa Salmi and various activities, such as meetings with the Moomins and Santa Claus, and face painting and Nordic walking.

Unfortunately the cultural part of Moi Helsinki met some challenges. The programme had to be cancelled on the second day of the event, Saturday, due to the authorities cutting off electricity because of rain. On Sunday, however, the programme proceeded as planned, and the estimated number of visitors reached 25,000.

MOI Helsinki gained visibility in both print and digital media, the local TV news as well as the China Central TV’s sportscast.

These themes are extremely topical in China. Opening up the Northern sea routes creates great opportunities for building ice-breaking equipment and utilising arctic maritime expertise, and air quality is a constant concern in Beijing.

The Chinese government has set a target to activate 300 million people in winter sports before the 2022 Winter Olympics, and for this they want to build 2000 winter sports arenas or related facilities all over China.

The Chinese people travel more and more into other countries, which we have clearly seen in Finland, too. In 2015, overnight stays by the Chinese increased by more than 40% compared to previous year.

This is a good place for the two cities to continue their shared journey into the next decade.