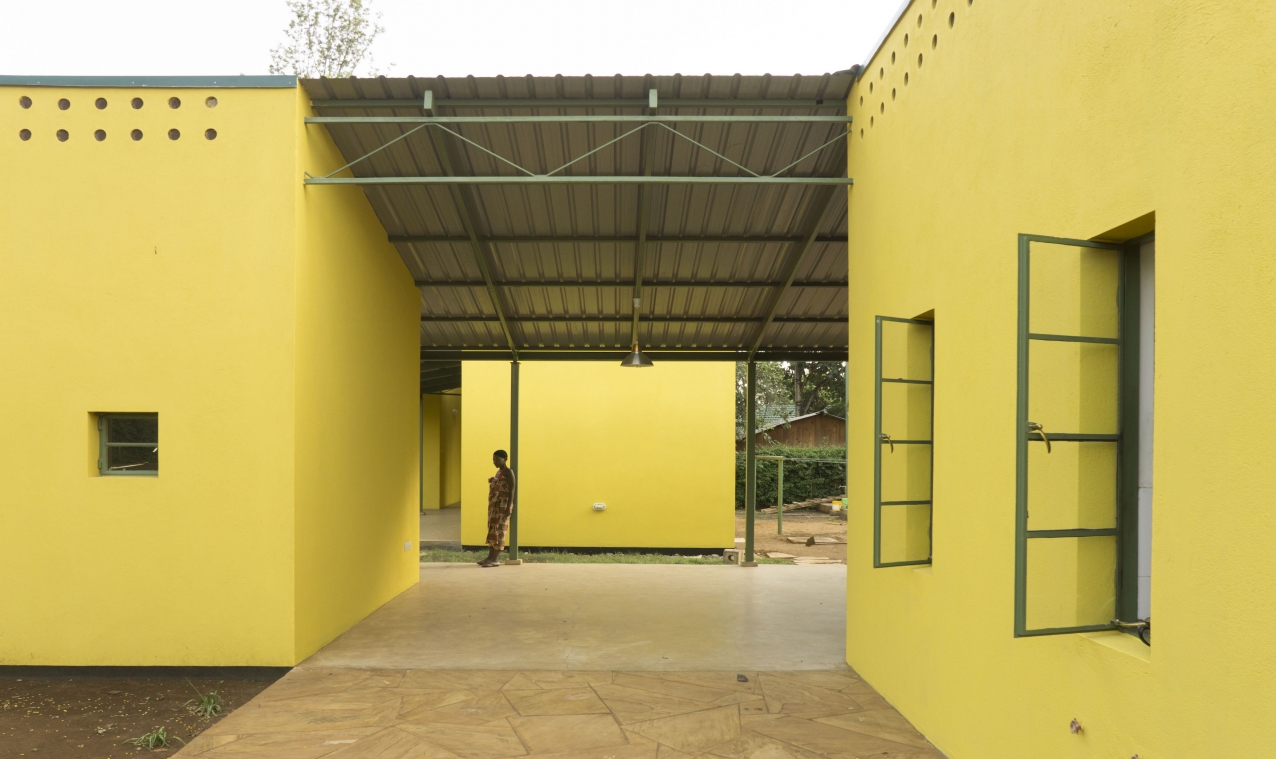 Architect Helena Sandman has travelled around the world, founded a women’s shelter in Tanzania and studied the meaning of home in the developing countries. To the Home Revisited competition, she welcomes ideas that have a positive impact on people’s lives globally.

Architect Helena Sandman has worked around the world, founded a women’s shelter in Tanzania and studied the meaning of home in the developing countries. To the Home Revisited competition, she welcomes ideas that have a positive impact on people’s lives globally.

“What makes a home?”

This question is highly relevant to architect and PhD student Helena Sandman. During her career, Sandman has explored the concept of home throughout the world, particularly in the developing countries. She is currently writing her doctoral thesis on the subject.

Home and family are understood differently in different cultures, but certain aspects remain the same.

“Whom we live with and around defines how ‘at home’ we feel. For many people, human contacts and networks are essential in order to feel at home,” Sandman says.

“The further towards the western world we move, the more elements of home we need to consider, such as one’s own bed or a book.”

Sandman is a member of the jury of the new international design competition called Home Revisited that seeks solutions to the home of the future. The competition is open to everybody interested in solving future challenges, such as the aging population, digitalization, multiculturalism, and new types of families.

Sandman believes that the more we feel able to connect with and impact our environment, the better care we take of it. With her students, she has led workshop projects in, for example, Cambodia, a country that is going through dynamic urbanization.

There is one problem that occurs in countries that are being built rapidly: people are moved away from their homes as new construction proceeds. Forced migration breaks social resources.

“People have all kinds of cultural ties in places.”

Sandman is interested in using architecture to solve problems of various levels. The development cooperation that started 20 years ago has taken her around the world, for example to Senegal and Tanzania.

Sandman is one of the founders of Hollmén Reuter Sandman Architects. In 2007, this founded the Ukumbi organization that functions as an umbrella organization for those who want to empower communities by ways of architecture.

She has learned that their work is making an impact that is much larger than the physical space they have designed. This came to light in Tanzania where Sandman worked in a project to design a shelter that fits 20 women at a time.

“Tanzanian society did not know of the concept of women’s shelter before we started the project, and by designing the building and operating it, the locals were able to address a social problem. It is important to call attention to these women’s position in the society and have their voices heard.”

During field work, Sandman has learned that it does not take that much to activate people. She was delighted when a participant of her research project, a Tanzanian cafe owner, started to host discussions for local women letting them express their wishes and plans for the area.

“They had never before discussed these matters!”

Sandman welcomes all types of broad-minded works to the Home Revisited competition.

“The idea should include global thinking and solutions that can be implemented with few resources, she says.”

One example of such solution is a lamp made of a plastic bottle. It was designed for the narrow slums in Manila that rarely see the light of the day.

“Bringing light into the darkness changes the lives of these people. The plastic bottle lamp is a resource-efficient invention. Attached to a hole in the ceiling and filled with liquid bleaching agent the bottle glows in a dark space,” she explains.

“I’m hoping to see suggestions that bring various population groups closer together instead of being separated. For example, a way for the elderly to live together with the young instead of separate nursing homes and a way to design housing with common space for children and their divorced parents.”

Sandman provides a good reason to participate in the competition: “Home is one of our basic needs like food, water and human touch.”

In a dream home

Sandman works in housing development but lives in an older apartment building completed in the 1950s in the Ruskeasuo district of Helsinki.

“Helsinki is an appropriately sized city, but I could also live in a city like Lisbon with more lights and more life on the streets.”

However, she feels her home in Helsinki is very comfortable.

“The houses in Ruskeasuo are ideally proportioned. Three low-rise apartment buildings share a cosy park-like yard. In the summer, we may be two or three parties sitting outside and making barbeque. This community culture was a pleasant surprise.”