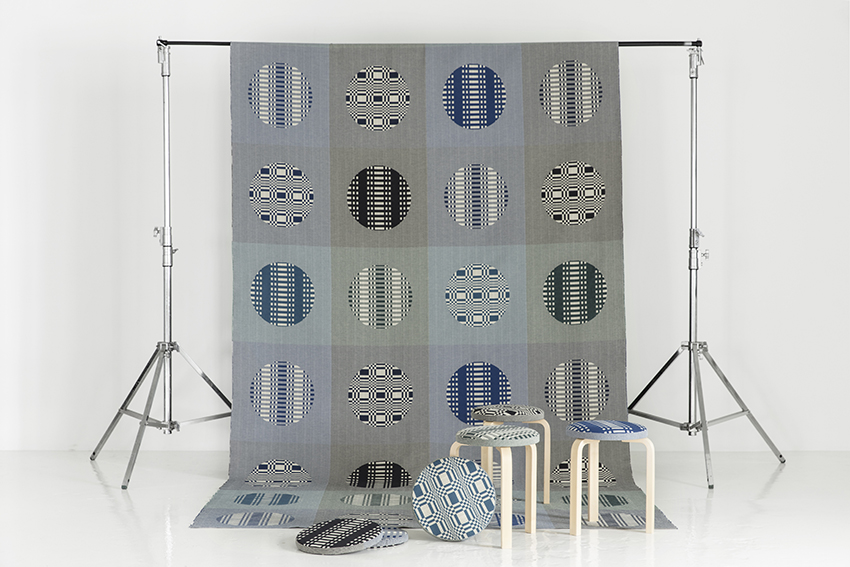 Who? Johanna Gullichsen is a textile designer who has introduced new ideas to the world of woven fabrics and brought the Nordic textile tradition into the present day.

What? One of Gullichsen’s most beloved fabric collections, Normandie, has its 20-year anniversary this year. To celebrate, a new family member joins the Normandie collection: the Oceanide pattern.

Where? At first only at the Johanna Gullichsen concept store in Fredrikinkatu and at the Artek Helsinki Store.

When?  The Oceanide fabric and the Limited Edition products will be launched at a 20-year anniversary exhibition at Artek, Helsinki on 8 May to 10 June 2017. During the exhibition, the products are available only at the Johanna Gullichsen concept store in Fredrikinkatu and at the Artek Helsinki Store. Later on, they will be sold also on the web shop and through other retail channels.

Why? The fabrics are always designed for the longest lifecycle possible. Production is a careful process using only the best of materials. Gullichsen’s fabrics are – as the label says – woven to last.

“The Normandie collection is inspired by the era of luxury ocean liners with their colourful deck chairs. The patterns in the fabrics are also reminiscent of urban cities and Nordic artisanal traditions,” says Johanna Gullichsen.

Many feel a certain familiarity with the Normandie patterns, and the international success came also from the start. The secret of success has been a timelessness mixed with a flexible suitability for spaces from different eras and serving different purposes.

The new design, Oceanide, combines themes from three existing patterns: Doris, Nereus, and Tithonus. The circular forms of the design play with the shape and size of Alvar Aalto stools.