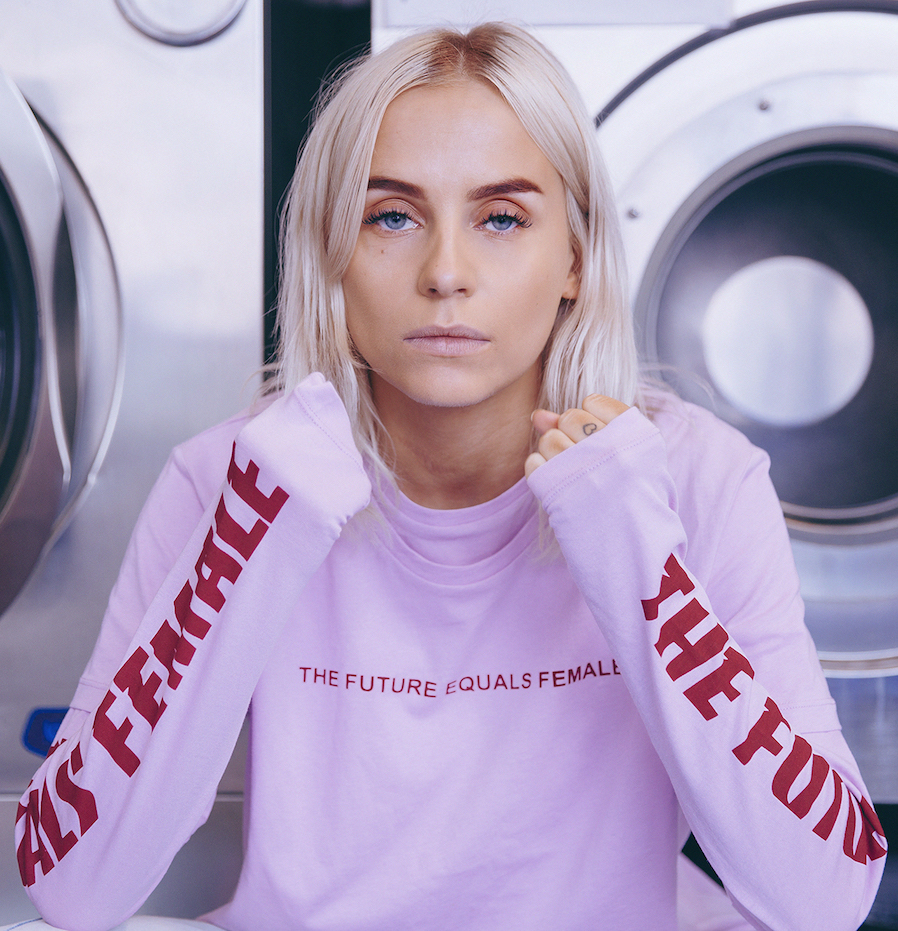 Director Viivi Huuska does exactly what she likes and envies her grandmother’s gentleness. She created the Weekly Mix Playlist of the songs she plays over and over again.

Director Viivi Huuska does exactly what she likes and envies her grandmother’s gentleness. She created the Weekly Mix Playlist of the songs she plays over and over again.

Viivi Huuska is a photographer and film director who loves oreo cookies and sci-fi movies. She works for editorial magazines, fashion designers and the leading record companies of Finland, and with the most popular music artists in the country.

Hello, Viivi, how are you?

I’m surreally well! I feel good about all the work I’ve done and the feedback I’ve gotten. Soon I’ll be in Greece for holidays, which is lovely.

What is wrong with the society?

The lack of equality.

The latest anniversary commercial by Kalevala Jewelry highlightingdifferent kind of beauty is one of your works. Why was it important to make?

All my work is about being a woman, in one way or another, and about stereotyping and prejudice. It was wonderful to do something like this to a fine and well-known brand. Kalevala Jewelry was founded by women, and it has always been managed by women.

We worked for three months to make the video, three days of shooting. The campaign was implemented by advertising agency Ivalo and video production company Mjölk, who also created an amazing Christmas campaign for HOK Elanto. The best part was to meet all the women in the campaign and to hear their stories.

How has it been received?

I’m not used to so much positive feedback, so I was afraid that it turned out too nice! At first, the commercial was tougher and more provocative, but we polished it to be more considerate, which was a good decision. People have felt moved and engaged. We haven’t reinvented the wheel or anything, but it’s important to remember that there is many different kind of beauty.

You are known for your bold style. Where do you get the power to do what you want?

Since I’ve always done everything by myself, I’m used to doing things in my own style. I learned from my family that I don’t need to limit my own doing. I can’t let people tell me what to do. That’s why I’m not joining any advertising agency right now but doing my own thing.

How do you choose your projects?

The themes that are important to me I accept immediately, first of all gender and sexuality. Although I speak about certain themes, I don’t want to position myself above others. It’s more like, I want to wake up people.

If you were a man, what kind of a man would you be?

Honest, a bit rough-looking, sensitive. I’d have the darkest sense of humour and I’d tell bad jokes. I’d drink beer with my friends every weekend. Well, I think I’m the same as a woman.

I like things to be less than perfect, to challenge and break the traditional idea of beauty. The way a person looks at another person says it all.

I also think it’s interesting how we learn beauty on social media. Although I’m a photographer myself and know what tricks are used to make photos, I sometimes feel bad going through Instagram. It’s ruthless for everybody.

Where do you get your inspiration?

Mostly by walking on the streets and watching people; how they show different emotions like joy, sadness and insecurity, and what is allowed in a public space. And documentaries! The Wolfpack , for example, made me catch my breath. It’s a story about a family who lived their whole life locked in an apartment, and the only things they knew about the world were movies.

What is your first memory related to music?

My Father played an Irwin Goodman song from an LP and I was allowed to jump on the bed.

What kind of music do you love?

I love Finnish traditional popular music, and I listen to it every day. Finnishness, melancholy and the pub culture really speak to me. I’ll always remember sitting with my Grandmother watching the national tango competition and her crying when a gypsy man sang the classic lily song, Liljankukka. These songs have the power to take me to another time and bring back memories. I also love Eeva by Topi Sorsakoski and the song about a weeping flute, Itkevä huilu, by Vesa-Matti Loiri.

Do you play an instrument?

No. My boyfriend would like to jam with me, but I can’t.

Which skill of your grandparents would you like to have?

They have so many skills! I’d like to make a really good sauna whisk because my mother’s father knew how to make the best whisks. I’d like to be gentle like my mother’s mother. Her name was Lempi and she lived to be 102.

Are you a fan of someone?

I was a huge fan of glam rock as a teenager. After that I haven’t felt so strongly about anything. I do admire Miina Äkkijyrkkä, who has always done exactly what she wants.

I listen to the same songs over and over again, so now I put them together.