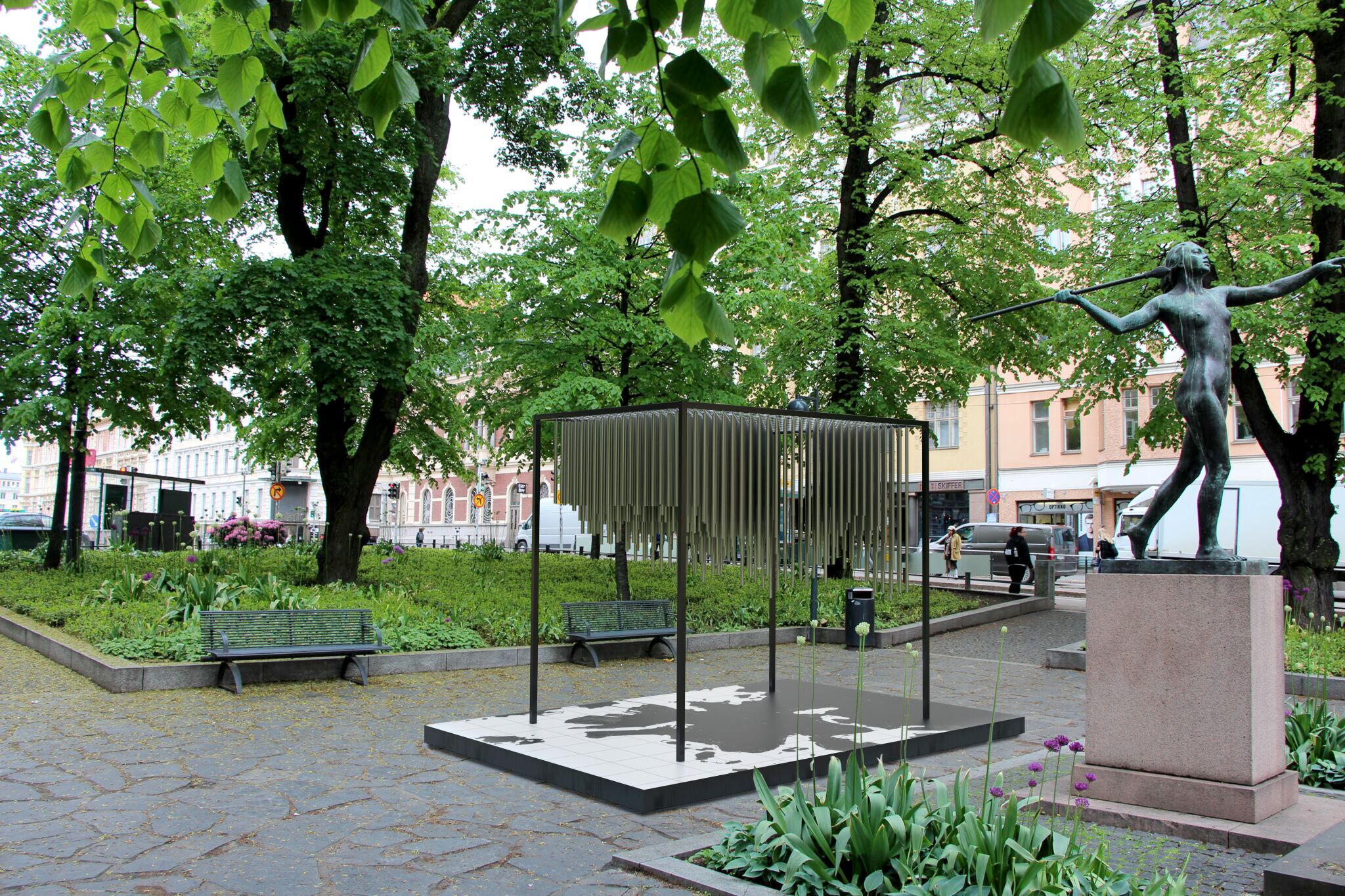 The HDW HOP series presents installations to enliven the city centre during Helsinki Design Week from 7 to 17 September 2017.

In September, the Helsinki centre will be occupied by huge urban installations. The installation series consist of works by Finnish and international designers and architects, and will study the theme of a city in development.

All installations and their designers will be presented in Helsinki Design Weekly. We’ll celebrate the opening of the HDW HOP installation series together with all citizens on September 7.

Let us introduce Play your Helsinki, an installation that will collect emotional data about Helsinki from its residents in an engaging and playful way. To be located in the Diana park, it is created by design studio Paja&Bureau, and its interactive dimension is a creation of the Brains on Art collective. It is a reminder of the facts that the city consists of people, emotions and acts and that everybody has an equal right to hear and be heard.

Who are you and of which previous works are you particularly proud?

We are Eetu Enqvist and Nino Hynninen, a designer and maker duo from Helsinki.

Our design studio is called Paja&Bureau. During our studies, we came up with a dream of a shared studio that would combine a traditional design agency, production shop and communal gallery. This dream has been realized during the past two years. Our company is focused on implementing furniture, object and space design concepts for companies as well as private clients.

Our brand and identity were crystallized in the Primitive Feast exhibition arranged for the Milan Design Week in 2016. The exhibition consisted of sculptural objects and works that represent the original, expressive and material-based style of our studio.

We are especially proud of our unique communal studio space opened last winter. We are located in the heart of the Ullanlinna district, combining a showroom, workshop and offices that also serve the local design community in addition to our own operations.

How did you come up with the idea of the installation?

We wanted to design and make a public sculpture that would help understand the meaning of the city at a general and highly personal level. This was the basis of the work that will collect emotional data about Helsinki from its residents in an engaging and playful way. To make it interactive, we invited the Brains on Art collective to participate. They are known for their engines that combine engaging technology, science and art.

All installations study the development of cities. What do you think about the theme and how does your work express it?

The core idea reconnects with Helsinki Design Week’s theme this year, Q&A. The sculpture presents a question that the visitors can answer by using its interface. The data provided in the answers is collected and generated into an illustrative, thought-provoking form. The city consists of the thoughts, emotions and deeds of the people who use it. Everybody should have an equal right to hear and be heard.

Visually impressive as such, the sculpture has been designed to be used and experienced by all. It needs to be played by the human being, just like the city around it. Without users, it is moved only by the winds on the streets.

What is the future city like? What must be remembered when developing cities?

Paja&Bureau: It is delightful to notice that urban design is becoming more democratic as time passes, and citizens’ opinions, wishes and needs are better taken into consideration. The city is the sum of its parts, i.e. residents and users, and at best, Helsinki of the future is one of the trendsetters as an inclusive, engaging city.

Henri Kotkanen of the Brains on Art collective is responsible for the interactivity dimension of the installation: There will be more and more measuring and intelligent devices in future cities. This is good because asking the residents directly is rather a poor way of obtaining information about them and their environment. In addition to many benefits, wide automatic data collection poses threats to privacy, which means that it must be done carefully.