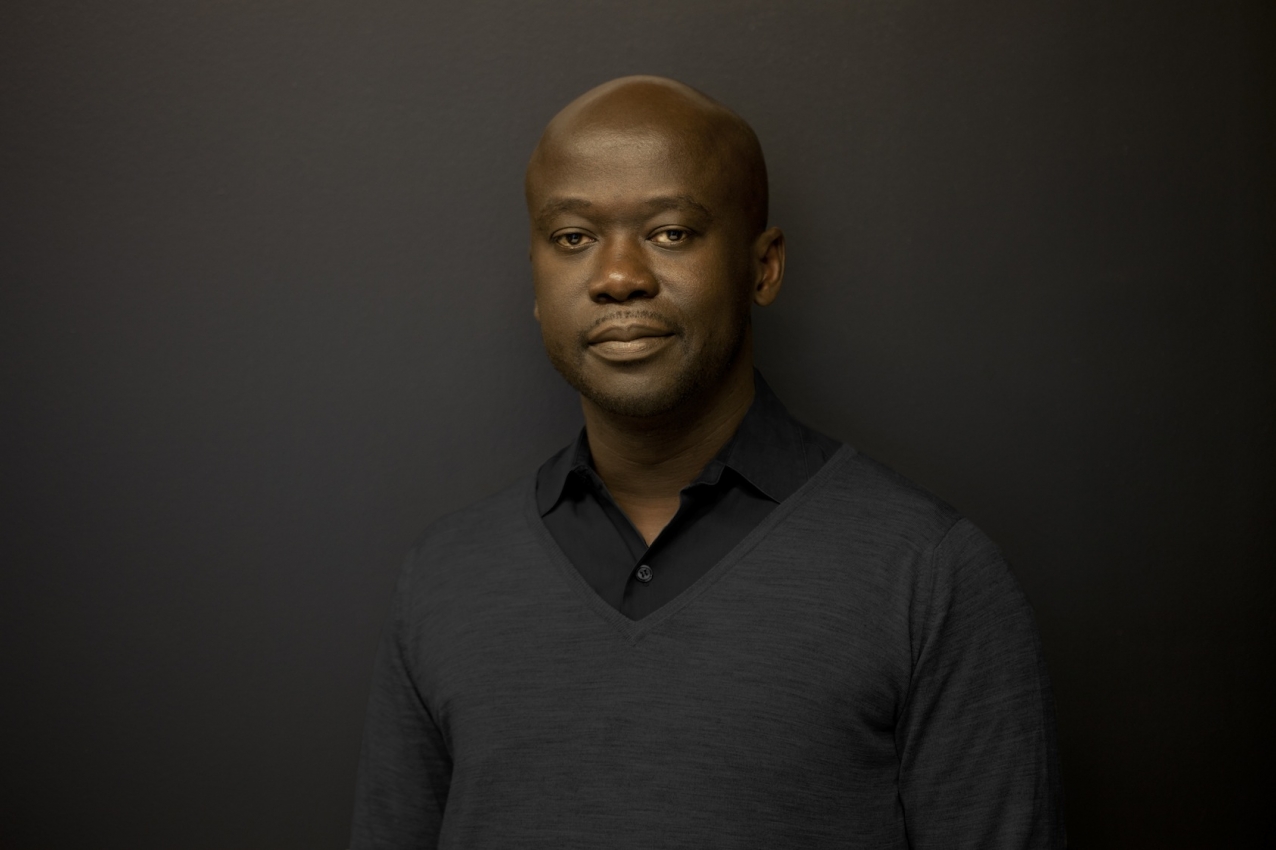 DesignCommons is a groundbreaking design event to be launched at Helsinki Design Week 2017. It is an evening conference and a travelling platform where activists, makers and shapers gather to share their experiences, knowledge and ideas. The event takes place on 14 September in Helsinki, Finland, as a part of World Design Weeks Summit. Book your tickets now.

Sir David Adjaye OBE is recognized as a leading architect of his generation. Adjaye was born in Tanzania to Ghanaian parents and his influences range from contemporary art, music and science to African art forms and the civic life of cities. In 1994 he set up his first office, where his ingenious use of materials and his sculptural ability established him as an architect with an artist’s sensibility and vision.

He reformed his studio as Adjaye Associates in 2000 and immediately won several prestigious commissions. Adjaye Associates now has offices in London and New York, with projects throughout the world. Adjaye frequently collaborates with contemporary artists on art and installation projects.

Adjaye has taught at the Royal College of Art, where he had previously studied, and at the Architectural Association School in London, and has held distinguished professorships at the universities of Pennsylvania, Yale and Princeton. He is currently the John C. Portman Design Critic in Architecture at Harvard. He was recently knighted by Her Majesty the Queen for services to Architecture and awarded an OBE in 2007, received the Design Miami/ Year of the Artist title in 2011, the Wall Street Journal Innovator Award in 2013 and more recently the 2016 Panerai London Design Medal, awarded by the London Design Festival, the highest accolade bestowed upon an individual who has distinguished themselves within the industry and demonstrated consistent design excellence over a number of years.

The head of design at IKEA challenges the way traditional products are made.

Marcus Engman has been the head of design at IKEA since 2012 but his history with the company runs even deeper. Born in 1966 and raised in Älmhult, Sweden – where the multinational company was founded – Engman spent his high school breaks working at an IKEA store.

During the mid-1980s, Engman was a home furnishing apprentice to IKEA interior designer Mary Ekmark. He went on to fulfil roles like communications & interior design manager in Swedish stores, and global range strategist and marketing manager (retail) for IKEA in Sweden.

He then founded his own retail agency, Kollo in 2000 before taking on his current position as head of design.

Now, he is at the forefront of how the retail giant builds its ranges and designs its products. To do this, Engman needs to be curious and creative in every project he undertakes. “So every day we challenge the status quo and the boundaries of what is possible. I also build a strong network of creatives outside IKEA because there’s a lot we don’t know and want to learn,” he explains.

Engman launched IKEA’s first African collection at the Design Indaba Conference 2017. The project was curated by Design Indaba. It’s expected to be available to the public in 2019.

Assemble is a multi-disciplinary collective working across architecture, design and art. They take a hands on, collaborative approach, and whilst their work usually includes design it rarely starts or ends there, often employing a range of means from the social to the infrastructural to make spaces which enable independence; self-authorship, creativity and difference. In 2015 Assemble were awarded the Turner Prize for their on-going work in ‘Granby Four Streets’, Liverpool.

Paloma Strelitz is one of the co-founders of Assemble. She studied architecture at the University of Cambridge between 2006 and 2009 before completing her Masters in Architecture from the Royal College of Art in 2013. She is currently focusing on the design of the Goldsmiths Centre for Contemporary Art, London, due to open in 2018.

Paloma is an enthusiastic advocate of architecture and urbanism and regularly speaks in the UK and internationally. In 2017 she was appointed as a Mayor’s Design Advocate to support Sadiq Khan’s ‘Good Growth by Design’ manifesto for London.

Winy Maas is an architect, urban designer and landscape architect and one of the co-founding directors of the globally operating architecture and urban planning firm MVRDV, based in Rotterdam, Netherlands, known for projects such as the Expo 2000, the vision for greater Paris, Grand Paris Plus Petit, and more recently the Market Hall in Rotterdam.

He is furthermore professor at and director of The Why Factory, a research institute for the future city, he founded in 2008 at TU Delft. He is currently Visiting Professor at GSAPP Columbia, New York and IIT Chicago and has been at Catholic University of Louvain, Belgium, the University of Hong Kong, ETH Zurich, Berlage Institute, MIT, Ohio State and Yale University. In addition he designs stage sets, objects and was curator of Indesem 2007. He curates exhibitions, lectures throughout the world and takes part in international juries.

In 2013 Winy Maas joined the Economic Development Board of Rotterdam (EDBR). In 2012 he was appointed urban supervisor for the city of Almere and since 2003 he has been supervising the Bjørvika urban development in Oslo. With both MVRDV and The Why Factory he has published a series of research projects.

Marko Ahtisaari is CEO and Co-founder of Sync Project, a venture developing music as precision medicine. He is also a Director’s Fellow at the MIT Media Lab working on the Open Music Initiative to develop a new distributed-ledger system to identify and compensate music rights holders and creators.

From 2009 to 2013 Marko was Executive Vice President of Design at Nokia responsible for hardware, user experience and packaging design, and previously CEO and Co-founder of Dopplr. He plays bass in the band Construction and occasionally sings Bocelli covers.

Creating works that span across disciplines, SWINE explores themes of regional identity and the future of resources in the context of globalisation. SWINE’s work manifests a deep research into materials and modern industrialisation.

SWINE’s films have been awarded at Cannes and other film festivals around the world and their work have been widely exhibited at institutions such as the Victoria & Albert Museum in London, Pompidou Centre in Paris, and the Venice Art Biennale.

LOLA Landscape Achitects is an office for progressive landscape architecture. LOLA (LOst LAndscapes) studies and designs landscapes that are forgotten, have degraded, are derelict or on the verge of change. LOLA has got an optimistic and conceptual approach to these landscapes and a fascination for new spatial phenomena. Whether in the city, the outskirts or the countryside, we aim to design sublime places that are beautiful, surprising and thriving.

LOLA was founded in 2006 by the landscape architects Eric-Jan Pleijster, Cees van der Veeken and Peter Veenstra. A total of 20 people now work in the office, ranging from landscape architects to architects and urban designers. The office is based in Rotterdam, the Netherlands, but operates worldwide for governments, provinces, municipalities, non-governmental organizations and project developers.