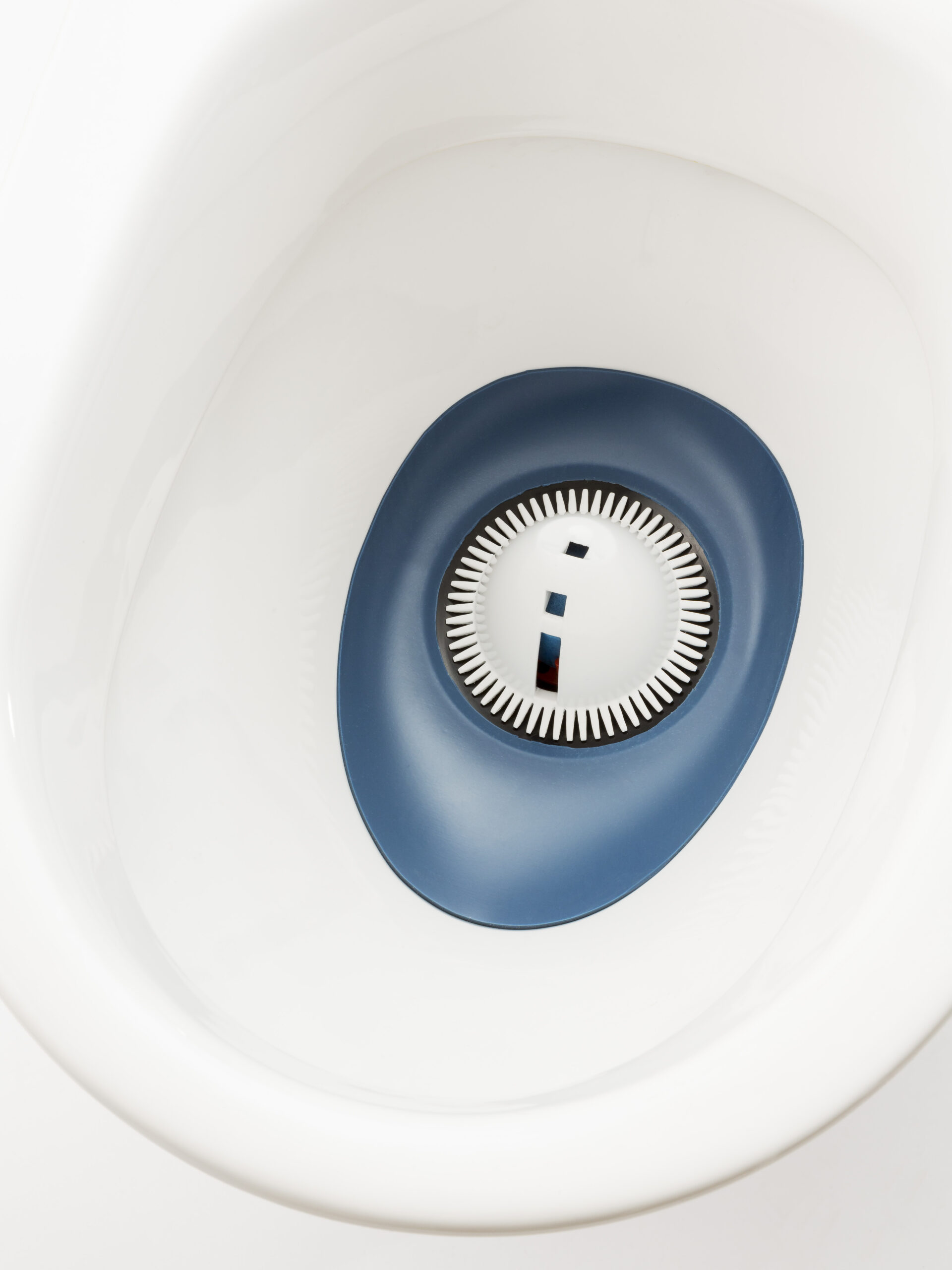 The €30,000 main prize of  Home Revisited design competition has been given to the innovation WCless’, which temporarily converts a normal toilet into a waterless one. The competition is one of the largest design awards in Finland, given to celebrate the 50th anniversary of the Asko Foundation.

A lack of fresh water will be one of the major problems in the future. The €30,000 main prize of Asko Foundation’s Home Revisited design competition has been given to the innovation WCless’, which helps to save water by temporarily altering a normal toilet into a waterless one. Behind the invention is Finnish designer Mika Priha.

The competition, organized by the Asko Foundation to celebrate their 50th anniversary, strives to create new innovations for the home of the future.

In general, 8 visits out of 10 to a toilet are for urine. With WCless’ there’s no need to flush the toilet after urinating. Much fresh water is saved, and less wastewater is generated.

“If we did not flush the toilet each time after such a visit, we would save approximately 70% of the water flushed. Furthermore, each cubic meter of clean fresh water conserved also means a reduction of at least 175 g in CO2 emissions,” Priha says.

Mika Priha is an industrial designer, who at the moment is focusing on his own studio, Mika Priha Design. The products that Priha has designed have been showcased in many exhibitions, for example, in Helsinki, Milan, Paris, Florence and Malmö. He has won many domestic and international design awards and other recognitions: the Red Dot Design Award, the Good Design Award, a Nomination for the German Design Award, the Fennia Prize and Forma Finlandia.

“Design has a great impact on people’s consumption behaviour. I think the designer should use this opportunity responsibly,” Priha says.

The competition is one of the largest design awards in Finland, organized by the Asko Foundation to celebrate their 50th anniversary. The competition strives to create new innovations for the home of the future.

The second prize goes to Cubiculum, a haven for natural rest for a new generation of workers, travellers and dwellers. It is designed by Kristiina Kuusiluoma and Martino De Rossi, who are founding partners of Collaboratorio, a Finnish-Italian architecture studio.

The third prize was given to Drow,  a smart growing platform that hosts drone deliveries, designed by Miki Sordi and Tehilah Auramo, founders of the concept design studio dRAWSPACE.

Honourable mention was given to Miwa Ishizuka’s and Olli Vuorinen’s Homeful, an emergency kit for those who have lost their home. Inspired by the Finnish maternity package, Homeful targets three different user groups: the homeless, refugees and disaster victims.

By the end of the submission period in the end of December, the international competition received 152 proposals from 20 countries, and ten finalists were chosen to continue in the competition. The winner will be announced to the public on 6 September. The first prize is €30,000, the second prize is €15,000, and the third prize is €10,000. A further ten shortlisted entries have each received a prize of €2,000.

The international jury consists of five talented members. It is chaired by professor Hannu Kähönen, a board member at the Asko Foundation, and the members are architect Helena Sandman, design strategy consultant Jane Withers, architect and professor Pentti Kareoja, and professor Eric C. Yim.

The jury paid attention to the innovativeness of the entries and their fitness for use, the potential for commercial and industrial production, and their design quality. Awarded entries demonstrate a high level of design expertise and the use of interdisciplinary ideas. The entries were judged anonymously.

“The variety and quality of the works submitted was very high. Commercial thinking and reproducibility, in particular, had been taken into consideration well,” says Chairman of the Jury Hannu Kähönen.

“The entries reveal that home is no longer limited inside four walls but linked to the environment, the community and to producing nourishment, among other things. I hope that the participating designers find the channels to realize their solutions,” Kähönen adds.

Many factors will impact future living developments, such as environmental questions, redefining the concept of family, multiculturalism, the ageing population, and digitalisation. The ‘Home Revisited’ design competition is looking for solutions to these and many other changes. It was launched by the Asko Foundation to celebrate their 50th anniversary.

Design together with multidisciplinary expertise will play major roles in the future. Asko Oy has always had a strong influence in developing the Finnish home, and home improvement is an essential part of the Asko Foundation’s activity.