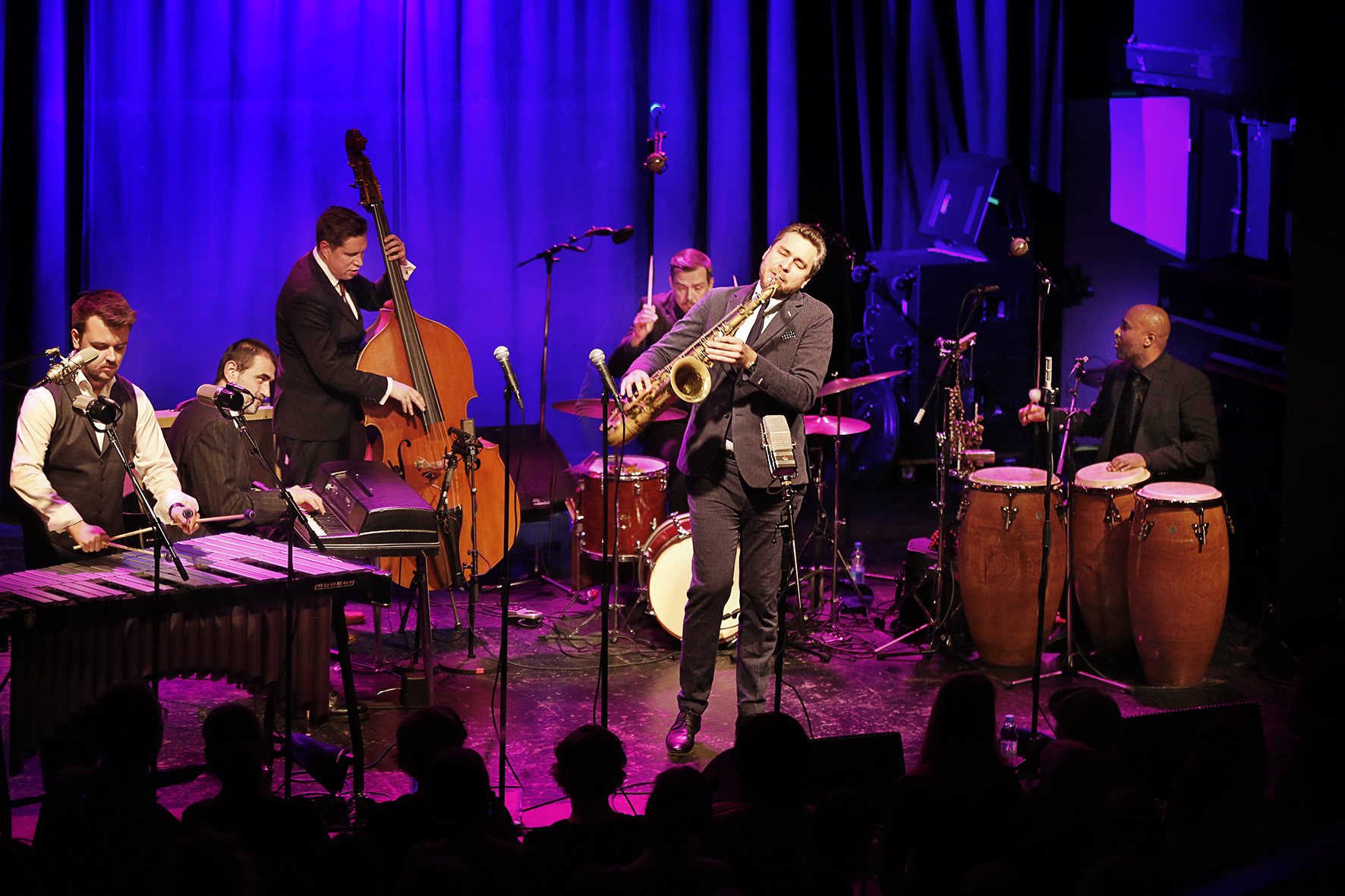 We Jazz will provide the opening parade for the HDW HOP city installation series on 7 September. The event is open to all visitors. This week’s playlist was created by We Jazz founder and art director Matti Nives.

Hello, Matti, how are you?

I’m good, thank you. Autumn has started with a hectic schedule and inspiration. Right now I’m in Brussels to get to know the Belgian jazz scene.

What is best in autumn?

The energy that people have for new things after the summer. Foggy mornings. The first frost on the ground. And of course the launch of the ice hockey season.

What gets you really excited?

Emotional experiences, no matter what they’re about. A socially entertaining situation or a work of art, despite the category. Anything that inspires me and adds faith and positive vibe to life. It may reveal a darker, yet hopeful side.

We Jazz is to perform during Helsinki Design Week and the HDW HOP installation opening parade. What are we about to experience?

Great jazz! We’re trying to introduce another dimension to the event and HDW’s awesome offering. We’ll try to present who we are while functioning as part of the larger festival and introducing an experience.

What kind of a group will play in the parade?

The opening parade will feature the Mikko Sarvanne Hip Company. It’s a big band led by composer and guitarist Mikko Sarvanne that consists of several future jazz stars in Finland. The big orchestra has been reduced into a compact group to accompany the HDW parade. The band did a parade at the We Jazz festival in 2014.

A parade is rather different compared to a stage gig. How do you feel about it? How is it going to be?

I once did something similar, and I think it’s great to participate an event that may surprise both the audience and the players. The parade may surprise many people walking about in the city centre. This kind of a surprise element is valuable because it enables a striking experience.

What are you up to workwise at the moment?

We just submitted the We Jazz magazine to the printer’s. It’s being distributed for the first time at the Helsinki Design Week jazz parade. Its deadline traditionally means that I also need to finalize the We Jazz programme for December, and the festival’s planning phase is now complete. Otherwise I’m working on my other projects, such as future We Jazz Records issues, hosting at Radio Helsinki and on graphic design; a couple of album covers, for example. In addition I’m occupied by Curating music for G Livelab and running our communications company Hei Hei Media.

What is best in jazz?

At best it’s really good music. No genre is great music by definition, but jazz does include great stuff. It involves a very personal level; it’s individual and yet communal. Its versatility is awesome, too. Jazz celebrates centennial history this year, and this includes a crazy amount of different material reflecting each age.

Are there many jazz fans in Finland?

Yes. Listening to jazz does not require an academic degree. Anyone interested in music will be interested in this genre, too. Through my own projects I’ve met many new people who like jazz, and it can be enjoyed by so many of us.

If you could select one jazz artist/band in the whole world to perform at the festival, who would it be?

If I could choose anyone, dead or alive, I’d pick the Miles Davis band of the late 1950s and early 1960s when they released Kind of Blue. I’d arrange them to play in a peculiar place so that it would become an unforgettable event.

Which one thing could make this world a better place?

People understanding each other and each other’s baselines better. Art requires one to forget oneself and provides empathy, so it’s absolutely important to also invest in art. It’s not supposed to be limited to a small circle of people but made available to as many as possible.

Thinking about the parade, I chose Mikko Sarvanne and the Bowman Trio whose members will perform at the parade. Of course I’ve also included a few performers of the upcoming We Jazz festival. Basically, good music only. This time I decided to make a jazz-only list because “jazz interests”.