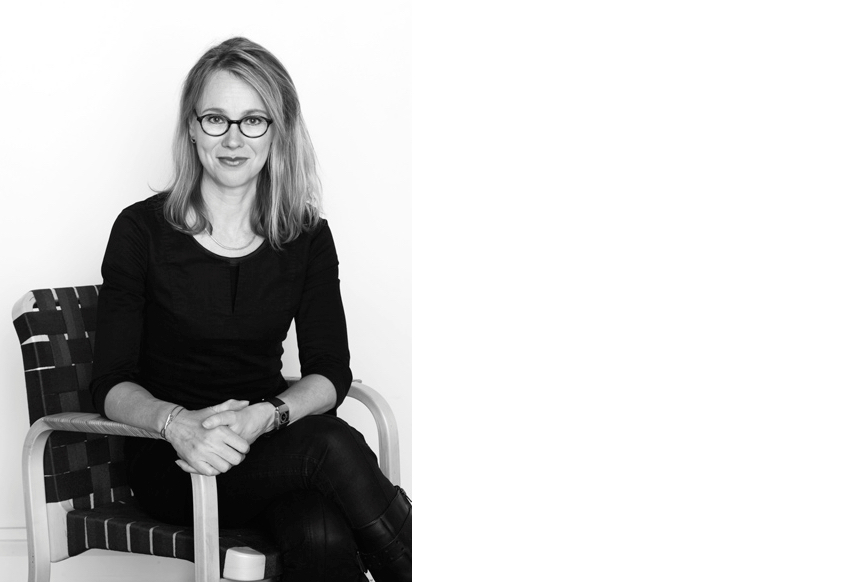 An exhibition about the great master of architecture and design opens at Ateneum. The director of Ateneum Art museum, Susanna Pettersson, became aware of Alvar Aalto when she was learning the alphabet from her grandparent's old phone book

Director of Ateneum Art Museum Susanna Pettersson have dreamed for a long time to have Alvar Aalto exhibition at Ateneum.

An exhibition about the great master of architecture and design to opens at Ateneum. The director of Ateneum Art museum, Susanna Pettersson, became aware of Alvar Aalto when she was learning the alphabeth from her grandparent’s old phone book.

The history of architecture or design cannot be written without mentioning Alvar Aalto (1898–1976), the indisputable master of these fields. His idiom and vision are clearly displayed in his work and deeply rooted in our culture and thinking.

“We may have become too familiar with Alvar Aalto in Finland,” says director of Ateneum Art Museum Susanna Pettersson.

Alvar Aalto – Art and The Modern Form presents the man as an architect, designer, artist, philosopher and cultural figure. The exhibition is topical now that we’re deciding which people have influenced the Finnish culture in the most profound way.

“Since Aalto’s day, we’ve grown new generations of architects and designers who have internalized his thinking. His work has impacted our understanding and idea of good design,” says Pettersson.

“Moreover, all Nordic architecture and design are considered very cool at the moment.”

Design for the masses

Alvar Aalto’s architectural career broke through in the 1930s. Projects that represented the idea of a complete art-work, such as the Paimio sanatorium, the Vyborg library and Villa Mairea, stabilized his position as a designer in addition to being an architect. Later works, including Maison Louis Carré, the Finlandia Hall and the Aalto Centre of Seinäjoki, cemented his spot on the design map of the world.

Aalto’s design works are based on the 19th century Gesamtkunstwerk thinking. He created not only the building but also its surroundings, interiors, furniture, and lighting fixtures to form a harmonious experience. Originally designed to match architectural projects, Aalto furniture and lighting fixtures have since then found their way to many private homes and public spaces.

“In principle, national romanticism keeps alive in the many aspects of Aalto’s production. The basics of the complete art-work principle can be found in all of his design as well as in every important detail, including door handles.”

“Aalto objects have been used to decorate many spaces. In Finland, we have grown up surrounded by Aalto design. Aalto is everywhere,” Pettersson says and lists the daycare centres, schools, libraries, hospitals and concert halls designed by Alvar Aalto.

“Every Finn has a relationship with Aalto.”

Museum director’s own background includes an interesting anecdote. Pettersson’s childhood home and her grandparent’s home both featured Aalto furniture, and her grandfather was professor Lars Pettersson, whose research of art history includes wooden church architecture among other topics. He was also a friend of Aalto.

“Aalto used to call my Grandpa when he wanted to discuss wood construction,” Pettersson says.

As a four-year-old child, while learning to read, the future museum director grabbed her grandparents’ phonebook to check the alphabet.

“Under ‘A’ I found Alvar Aalto. That was my first contact with the man,” she smiles.

The exhibition at Ateneum presents Alvar Aalto’s both spouses: architectsAino Aalto (1896–1949) and Elissa Aalto (1922–1994) were designers whose works have become the icons of Finnish design.

In addition, the Aaltos contributed significantly to the design company Artek founded in 1935. Through Artek, this exhibition provides a new angle to the Aalto fans who think they’ve seen it all.

“Ateneum’s exhibition reveals the Aaltos’ connections to visual artists. First of all through introducing their closest artist friends, including Alexander Calder and Fernand Léger, and also the impact that the Artek shows had on the Finnish art life,” Pettersson explains.

The exhibition reveals which of the paintings displayed by Artek were bought by Ateneum to its collection. At Ateneum, we’ll also see some of Aalto’s own paintings and reliefs as well as his the development of his organic idiom in interaction with contemporary visual artists.

“The displayed works represent the testing of materials, having fun and finding solutions in various forms.”

Aalto is diversely introduced as a productive and versatile guru of functionalism. In addition to scale models, photographs, furniture, lighting fixtures and glass objects, the exhibition presents archived materials, such as sketches and short films.

The newest architectural photos have been taken by German Armin Linke. “They enable seeing and understanding Aalto’s work in a new way. They allow the visitor to step into the designed space.”

Ateneum – the cradle of art and design

Alvar Aalto was a socially skilled cosmopolitan who had profound cultural impact. He was sovereign in various fields, and his works imply the influence of various arts.

“Aalto had the ability to see the big picture of what was happening around him. He was not only a thinker but also a maker – he was the forerunner of change.”

The exhibition location, Ateneum, is the leading art museum in Finland and part of the National Gallery organization. Both fine and industrial arts have been involved in the history of Ateneum since the building was completed in 1887. Originally the building housed the art museum as well as two art schools, those now known as the Academy of Fine Arts and the Aalto University School of Arts, Design and Architecture. Its collections have formed the base of two museum collections: Ateneum and Design Museum. It is the cradle of Finnish visual culture.

Pettersson has studied the origin of the collections in her doctoral thesis. Museum education is another interest of hers. What can Alvar Aalto and this exhibition teach us?

“I hope that after visiting the exhibition people take a closer look at our esthetic environment. What kind of choices are we making? Aalto taught us that good design can influence people’s lives.”

The exhibition is provided in cooperation by Vitra Design Museum, Alvar Aalto Museum and Ateneum Art Museum. It is curated by Jochen Eisenbrandof Vitra Design Museum, Germany. It features two publications that present Aalto’s life and works, a lecture series and other related programme.

Alvar Aalto – Art and the Modern Form exhibition from 11 May 2017 to 24 September 2017 in Ateneum, Helsinki. Ateneum is Helsinki Design Week’s programme partner in 2017.