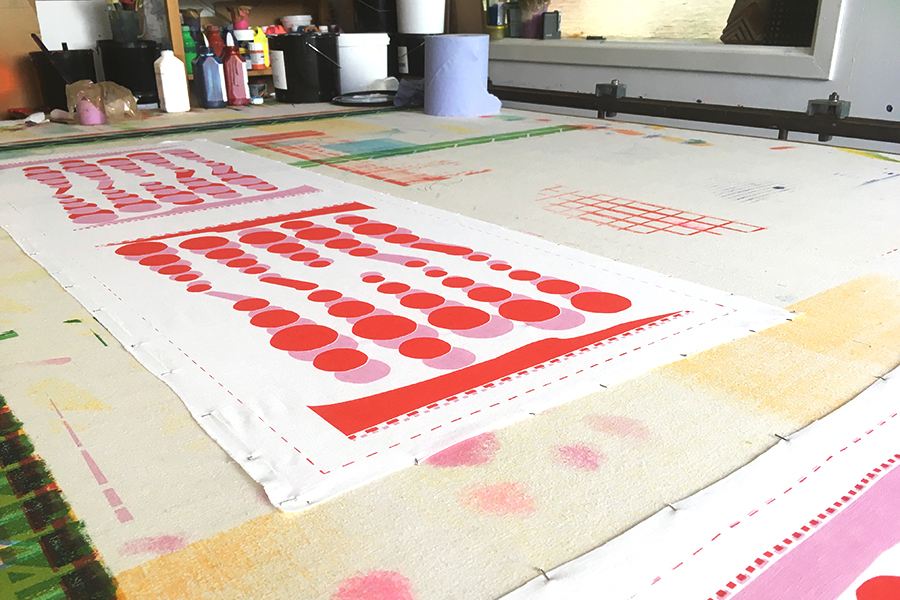 The selected designers-in-residence are Laura Spring (Glasgow) and Elina Laitinen (Helsinki). They will participate in a programme comprising two work periods, a research phase in May, and a production and presentation phase in August and September that is coordinated with the Helsinki Design Week.

Laura Spring is a textile designer and maker in Glasgow. She is a graduate of the Glasgow School of Art where she was awarded a Bachelor of Arts degree in graphic design in 2002. Laura works primarily as a print-maker creating bold, graphic designs in her independent studio. Staking out the correspondence between the hand-made and the batch-produced, she is at the same time a researcher of historic production cultures that she activates again as the base of her creative production. Laura has worked in Finland before, exploring the traditional Finnish weaving technique täkänä. In the design residency Laura is planning to deepen the connections she established with Finnish weavers earlier, and cooperate with experts in the Finnish textile, design and craft realms to explore similarities between Finland and Scotland and develop the exchange in the field of contemporary craft-oriented production.

Elina Laitinen is a fashion designer working at the junction of art and design. She graduated from the Aalto University School of Arts, Design and Architecture with a Master of Arts in 2016. Elina has been awarded the Grand Prize of the Jury at the Hyères Fashion Festival in 2012 for a collection she designed with Siiri Raasakka and Tiia Sirén. In her work Elina explores new fashion design practices that pay attention to the larger social implication of productive work. She has researched the clothing traditions in Finland of the 1920s to the 1970s and is currently investigating the ways in which clothes were produced and used in the times before mass production dominated the markets. In the residency programme Elina plans to research home sewing culture and examine the relation that fashion designers can build onto it.

The HIAP design residency programme was originally established in 2012 as part of the World Design Capital programme in Helsinki and is produced in partnership with the British Council, Helsinki Design Week, the Design Museum and Aalto University. The programme is curated by HIAP associate curators Martin Born and Rosa Tolnov Clausen together with the British Council’s Design Programme Manager Gianluca Amadei. The theme of this year’s edition is Arranging Practice: Proximity, Distance, Instance. The designers-in-residence will present their work and research in events at the Design Museum in May and as part of the Helsinki Design Week in September.