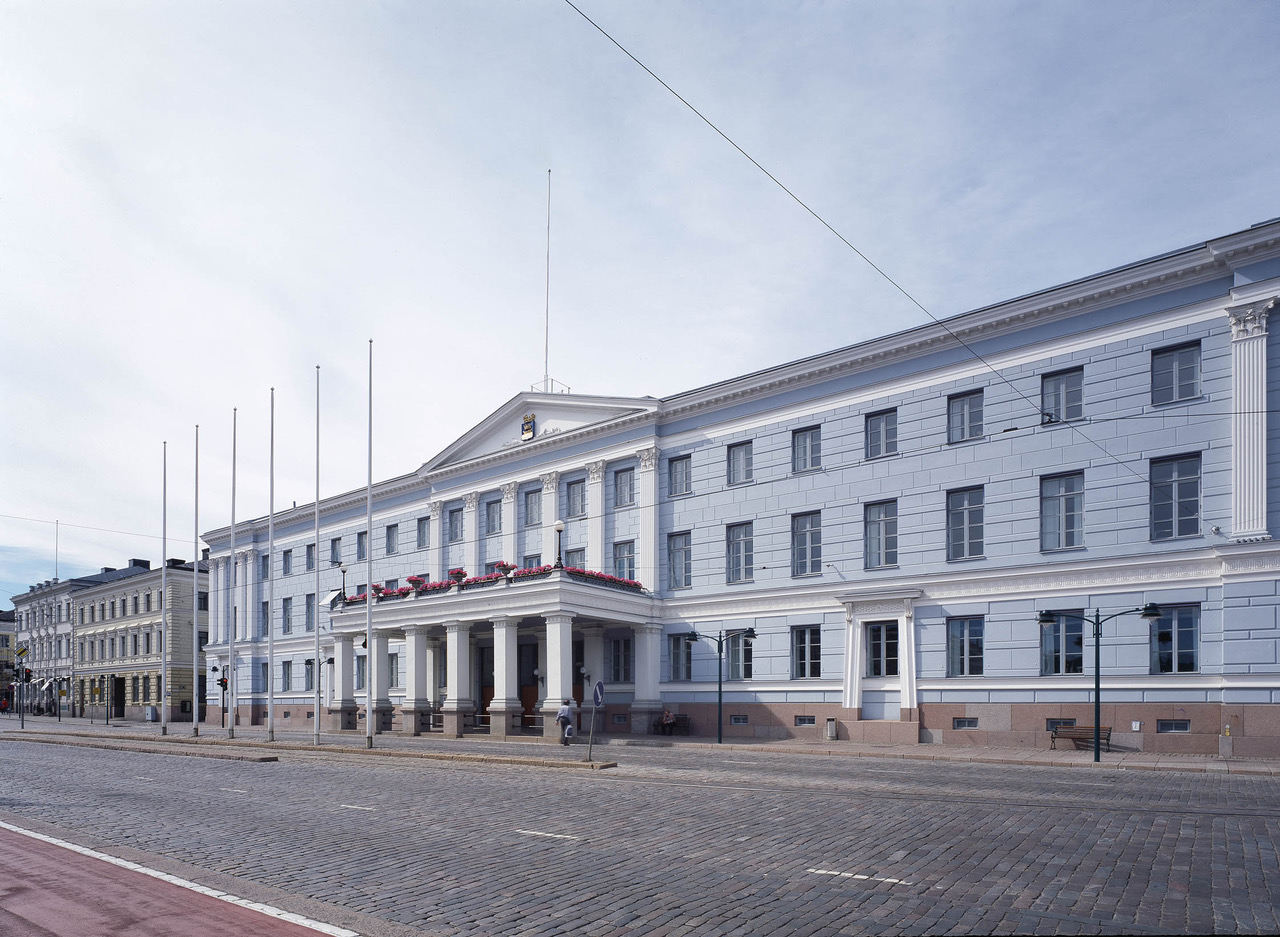 The City Hall of Helsinki by the Market Square is one of the main venues of this year’s Helsinki Design Week. After the Design Week, the lobby is to be renovated. It’ll open for the public again in early 2019.

City Design Manager Päivi Hietanen thinks that the cooperation is very well timed this year.
“This is a great opportunity to test the functionality of the new lobby concept in practice before the renovation starts,” Hietanen says.

The City Hall lobby was last renovated ten years ago. That is when the lobby was opened for the public to host exhibitions and offer guidance. Now is the time to engage the citizens in the development of the city even more actively. This is the objective of the renovation.

“There’s a clear demand for events. They make the lobby more alive and attractive,” Hietanen says.

The renovation has been actively planned during the spring. Design agency Kuudes Helsinki has utilized service design in the process. In April, the personnel of the City Hall and various City services together with active citizens and stakeholder groups gathered in a workshop to create content for the lobby. Surveys and comparative studies were used alongside the workshops. They resulted in three different themes: Workspace, Event Venue and the Helsinki Experience.

“The idea of the Workspace is to invite the citizens to develop the future of Helsinki together with the city officials. If the history of the city can be found in the museums, then its future lies in the lobby,” Hietanen formulates.

The ideas were collected into a concept exhibition that took place in the City Hall lobby in May. During the exhibition, the citizens had the opportunity to comment the planned contents and make their own suggestions. Päivi Hietanen vividly remembers one practical suggestion by one of the visitors.

“The idea was to emphasize the importance of clean drinking water by providing a tap where the citizens and tourists can fill their water bottles,” Hietanen says.

Clean drinking water is an important element to support the objective of the City of Helsinki to be the world’s most functional and advanced city to live in. This and citizens’ other proposals are considered in the ongoing final design of the lobby. The solutions are now taken into practice and their feasibility is tested. Verstas Architects and Design Agency Koko3 are responsible for the architectural and interior design of the lobby. Its renovation is to encourage people to design their future while respecting the traditions.

Architect Aarno Ruusuvuori thoroughly revamped the interior of the City Hall in 1965–1970. The City Hall of Helsinki is one of the landmarks of modern Finnish architecture.

“The objective of the renovation is to continue to support the ideas on which Ruusuvuori based his design: openness, transparency and symmetry,” Hietanen explains. Some of the most important stakeholders in the renovation are kids and young people. The target is to activate the citizens to participate in the development of the city.

“With the lobby, we want to implement a new type of engagement and interactive culture that teaches kids to collaborate with the City in new ways,” Hietanen concludes.