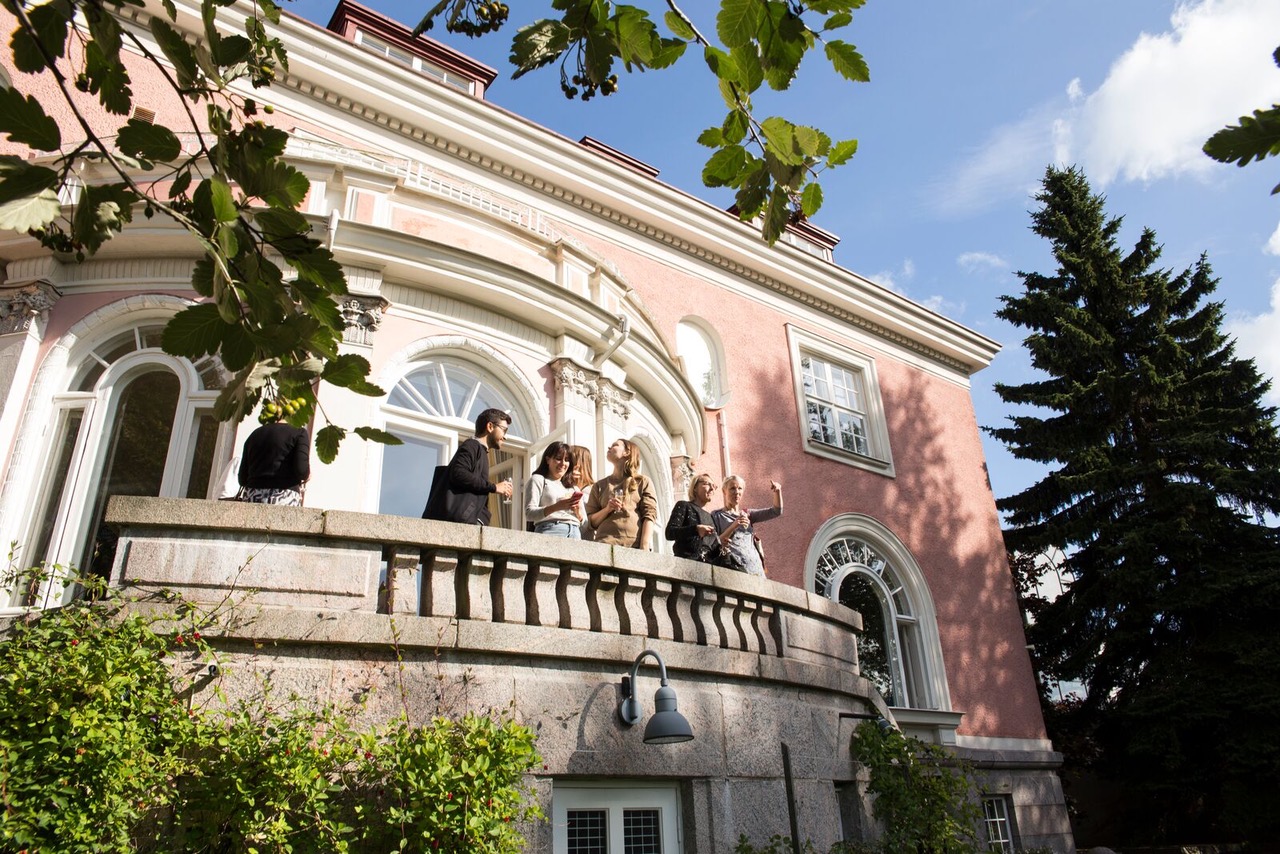 The hugely popular Design Diplomacy discussions open the doors to ambassadors’ residences once again. Registration to the events is now ongoing.

Launched by Helsinki Design Week in 2016, this series of evening discussions turned out to be extremely popular and sold out from the start. It is based on a discussion concept of two speakers present at the ambassador’s residence; one of the speakers is from Finland and another a design professional from the embassy’s home country. The speakers meet over a surprising card game created for this concept.

This year’s events feature a record of 13 ambassadors’ residences. The newest embassy residencies to be included in the Design Diplomacy concept are Ireland and Estonia.

The Ambassador of Ireland’s official residence was designed in 1918 by Armas Siitonen, whose handprint can be seen in the building’s classical style with a decorative façade. At the Irish residence, the card game will be played by ceramists Chloë Dowds and Saija Halko.

The Embassy of Estonia is located in the Kaivopuisto Park in Helsinki at the junction of Itäinen Puistotie and Kalliolinnantie. The embassy building was built by the Estonian state on a lot bought by Oskar Kallas in 1919. The Estonian speaker is architect, architect theorist and professor Vilen Künnapu. Künnapu’s work presents some of the most internationally renowned architecture in Estonia.

This year’s other Design Diplomacy conversations are also being held amongst interesting pairings.

Four people will participate in the Design Diplomacy discussion at the Belgian residence: designers Seb Verboom and Saara Renvall as well as art and design consultant and curator Giovanna Massoni and designer Ville Kokkonen. The Embassy and the ambassador’s residence of Belgium are located in a house designed by Belgian architect Roger Bastin and Finnish architect couple Lars and Mona Hedman. The building includes details that resemble Alvar Aalto’s style in the 1950s and 1960s.

In the Norwegian Embassy’s residence, we’ll hear from the designers of the new Oodi library Juho Grönholm and Samuli Woolston of ALA Architects as well as the architects of a new library in Oslo Marius Mowe and Einar Hagem. Before its renovation, the building, which was updated by ALA Architects in 2013, was many times selected as the ugliest building in Helsinki. Regarding its technical, aesthetic and functional features, the renovated building represents the architecture of its time, and thanks to its large window area, there is a surprising amount of light inside the building.

From discussions to diplomatic action

At the moment the designers are working on a new product selection, the first products of which will be displayed during this year’s Helsinki Design Week. The products, which are produced by Made by Choice in Finland and M114, LZF lamps and Nanimarquina in Spain, are displayed on the island Lonna from 11 September to 15 September. More information about the event can be found here.

Read more and register for the events by clicking the name of the country.

Due to great demand, participation is limited to two nights per person.