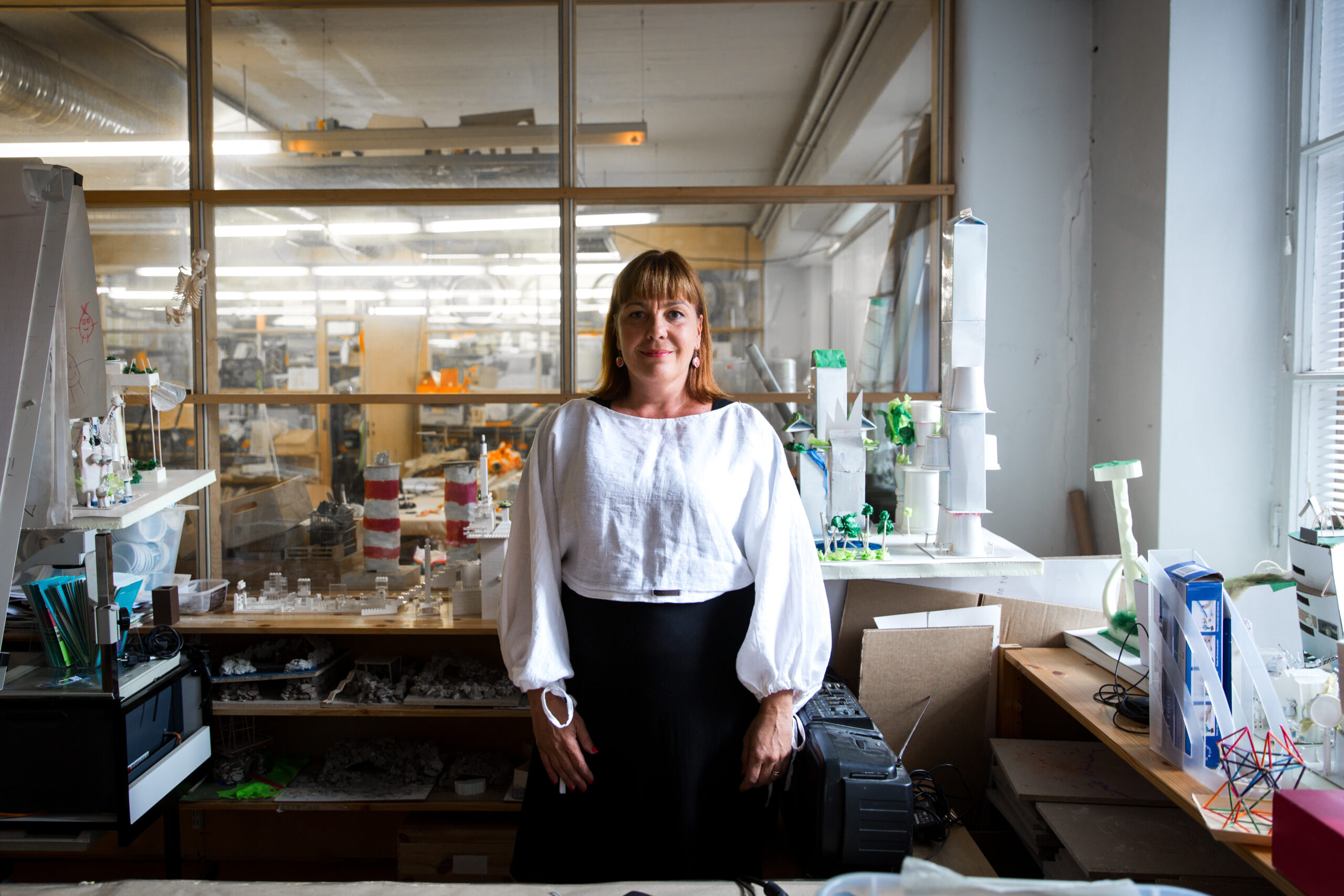 Director and founding member of Arkki School of Architecture for Children and Youth Pihla Meskanen has been selected for the Asko Avonius Award. It entitles her to a sum of 20,000 euros.

How do you feel about the award, Pihla Meskanen?

“This is really lovely, I was very pleased. And surprised!” Meskanen says.

“One leads a very busy life and sometimes runs into trouble and wonders if anybody cares. So, it’s great to stop and realize that Arkki has wide impact and has been noted.”

The Asko Avonius Award is given every third year to a Finnish person or group whose design, research or development and the result or proposal thereof successfully promotes the cause defined in the deed of foundation. It is awarded by the Asko Foundation and entitles the winner to a sum of 20,000 euros.

Pihla Meskanen founded the Arkki School of Architecture for Children and Youth in 1993 together with her course mate Niina Vuorinen. Meskanen was a 23-year-old second-year student of architecture in the Helsinki University of Technology. The idea came from Meskanen’s mother, who is also an architect.

“We had 24 pupils when we started. Now we have approximately 700 children attending the school in the metropolitan area, and we’re running out of premises and not able to accept all candidates,” Meskanen says.

Arkki provides education in architecture in Helsinki, Espoo and Vantaa. The pupils are 4 to 19 years of age. In addition to basic teaching, Arkki organizes periodic courses, such as tree-house camps. Other theme courses include scale modelling, design and computer design.

Meskanen says Arkki maintains creativity and innovation skills and aims to expand the kids’ understanding of the built environment.

“All children are creative by nature. At Arkki, we’re not schooling designers and architects but teaching them understand their environment and their potential as active citizens,” Meskanen explains.

An award for magnificent work

Meskanen says she’ll celebrate the award by organizing a party for the staff at Arkki.

“We celebrate together, because the win is not mine alone but an acknowledgement for magnificent work for us all.”

“We have a large team, and everybody is really important. We celebrate together, because the win is not mine alone but an acknowledgement for magnificent work for us all.”

Arkki to launch in ten countries in South-East Asi

The school operates in 14 cities in five different countries through Arkki International Ltd. Many international quests visit Arkki in, for example, Asian countries.


“Developing countries invest in new kind of education, phenomenon-based learning and creative teaching. Arkki pursues cooperation in Vietnam, for example, and in a few years in Malesia, Thailand and Singapore, among others,” Meskanen says.