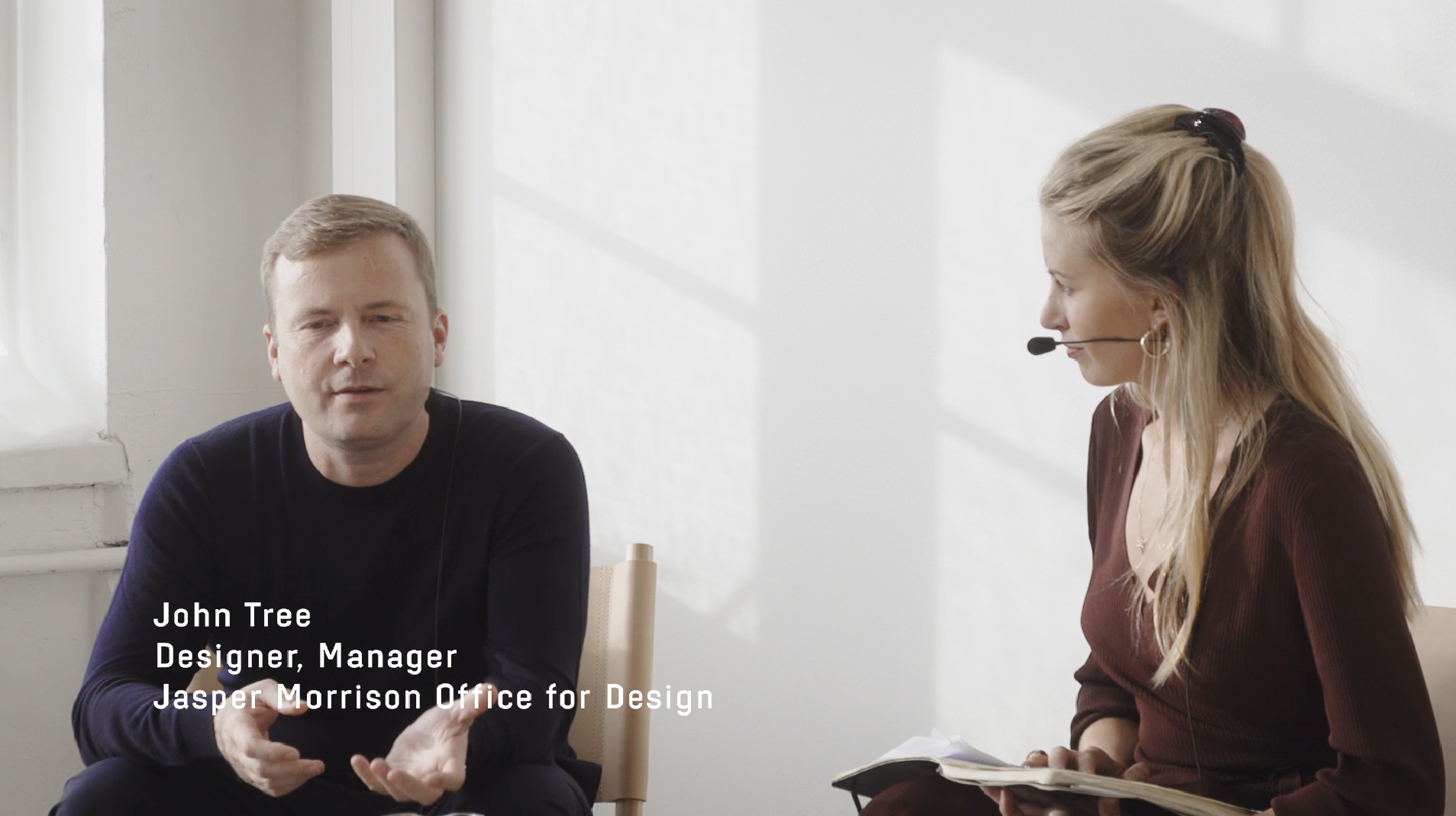 Helsinki Design Weekly and Iittala & Arabia Design Centre are collaborating on a three-part video series that focuses on the Objects and Atmosphere exhibition by Jasper Morrison. In the first part, discussion focuses primarily on Morrison’s design philosophy.

In the first episode of the three-part series Anni Korkman interviews John Tree. Tree is a product designer currently residing in London. He has worked at the Jasper Morrison Office since 2001.

Designer Jasper Morrison is considered one of the most successful industrial designers of his generation. He is best known for his work in furniture, lighting, electrical products and tableware and his ‘Super Normal’ way of thinking.

Morrison’s exhibition reflects his design philosophy while representing his well-known career through the objects that he has curated. The exhibition also presents his video installation “A World Without Words.”

Jasper Morrison – Objects & Atmosphere is being exhibited at the Iittala & Arabia Design Centre from 8 September until 11 November. More information here.