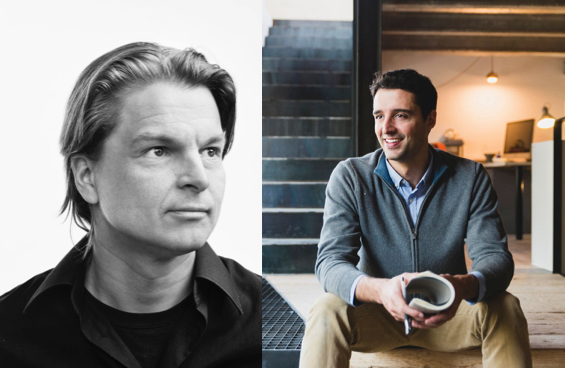 We asked five experts from different fields to write a column about Helsinki Design Week’s this year’s theme ‘TRUST’. Read below what product designers Mikko Laakkonen and Andreu Carulla have to say about the subject.

Inspired by the Design Diplomacy card game organized during Helsinki Design Week 2017, Mikko Laakkonen, Andreu Carulla and Ambassador of Spain Manuel de la Camara as well as his wife all gathered to discuss the residence building and related methods of diplomacy. This discussion generated an idea of a project where a Finnish and a Spanish designer create a series of objects for the embassy. The project would be a concrete way to pursue diplomacy and utilize design.

The project has since been advanced by gaining new partnerships in addition to the Spanish embassy, namely Helsinki Design Week and Spanish design organization Reunión Empresas de Diseño. In addition, many commercial companies from both countries are interested in the project.

The Design Diplomacy items have been designed by combining workshops and individual design in both Helsinki and Girona, Spain. This has produced a consistent series within which it is impossible to tell which products have been designed by which designer. The method is similar to jamming in music: musicians take turns improvising new melodies based on agreed chords and rhythm to create a new melody. The objects generated in the project utilize typical/national production methods in both countries.

Cooperation and creating new objects has been incredibly easy and uncomplicated. It has been a great privilege to participate in this collision of two cultures. We believe that the pilot project is a great base for future cooperation.

After graduating as a product designer in 2002, Andreu Carulla launched his career by working in various design studios in Barcelona and by teaching at a technical university in Girona. In 2006, he returned to his home town and founded a design studio that is one of the most experimental studios in Spain.

Mikko Laakkonen studied furniture design in the KYAMK University of Applied Sciences and later earned a Master’s degree from the University of Art and Design in Helsinki. After working with various design agencies and architects’ offices for several years, Laakkonen founded Studio Mikko Laakkonen in 2004. His studio provides product design services focusing on everyday items. His objects have been presented in various exhibitions in Europe, the United States, China and Japan.