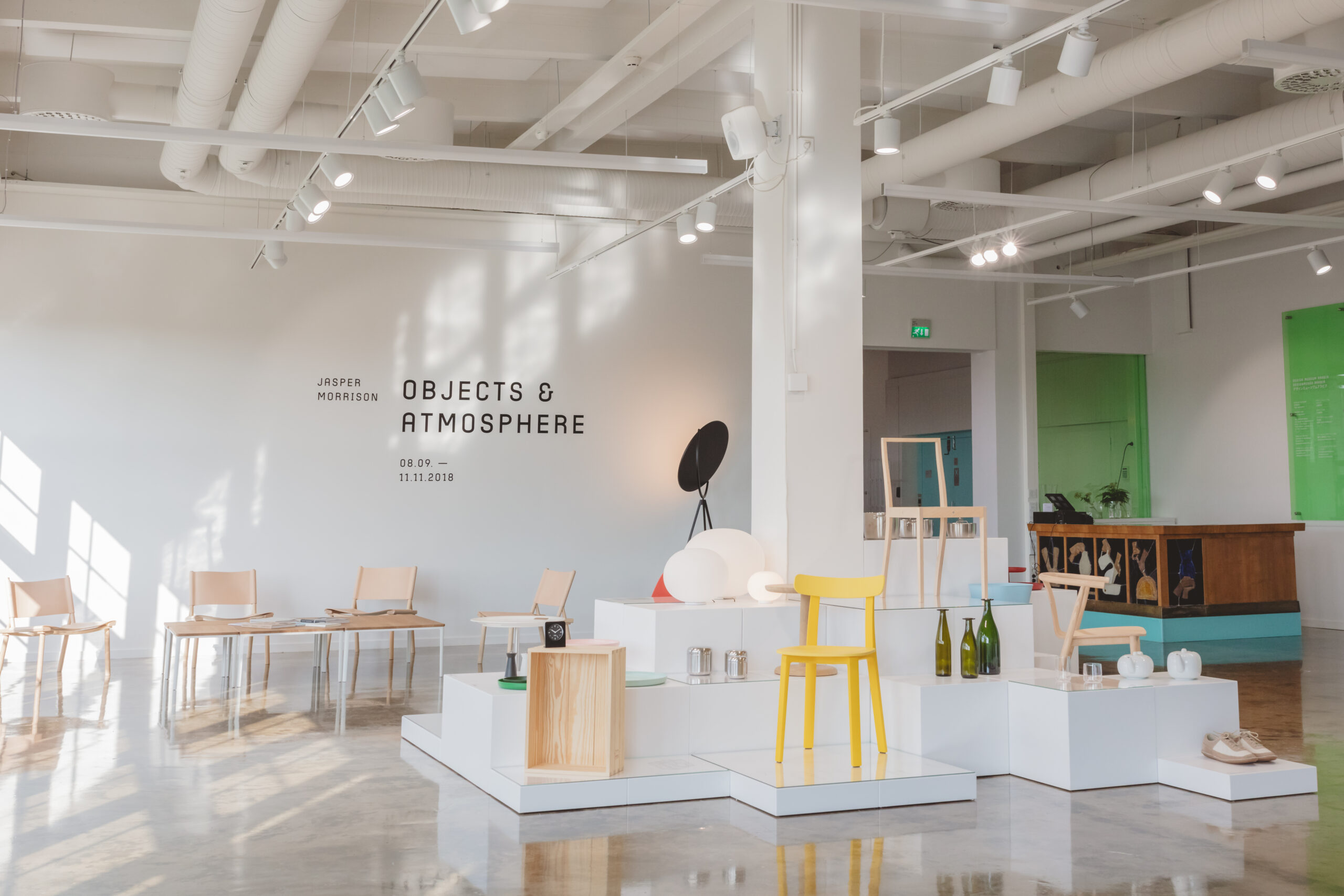 In October, all friends of design get to enjoy the atmosphere at Torikorttelit and Tapiola area, among other places.

Iittala & Arabia Designcentre presents the work of world famous British designer Jasper Morrison. Atmosphere&Objects Exhibition focuses on the Design Philosophy of Morrison and is on until 11 November.

In collaboration with Iittala, Helsinki Design Weekly is producing a series of discussions. In the second part of the series, Weekly interviews Interior Architect Hanni Koroma. The discussion will focus on the ideas around sensing a home.

The third part of the series will also be filmed on this evening. On that one, the guest will be Aalto University reasearcher and lecturer Heidi Paavilainen. She will be interviewed about the design of the everyday as well the decisions behind the objects we choose to have in our homes.

The conversations will be in Finnish.

John Tree, the designer from Jasper Morrison’s Studio was the first guest and the talk can be found here.

Also known for their work on the field of fashion design, Ivana Helsinki organises the Superwood festival for the second time. The festival is worth the visit and not least because of its’ beauiful venue: the old Hotel Rantapuisto is the hidden architectural gem of Eastern Helsinki. The architects Ragnar and Martta Ypyä drew the pavilion-style ground plan and glass-covered corridors between different sections to connect the surrounding nature with the interior of the building, forming a coherent entity. Initial inspiration came from the architecture of Alvar Aalto well as from the Danish Louisiana Museum of Modern Art. The very rational and clean-lined architecture surrounded by forested and rocky nature creates a harmonious body. Different wood materials have been used abundantly in interior decoration. The house still brings to the fore some of the most interesting architectonic features of its time; the whole is composed of several wings and atriums, premises are wide, and the spacious corridors are built of glass from floor to ceiling. Several original decoration gems still exist, such as lamps, fireplaces and roof structures.

An evening of dancing at the Baltic Herring Market

The surroundings of the City Hall have functioned as an venue for Helsinki Design Week’s events for multiple times and now it is again time to use the location for something fun. As a part of the traditional Baltic Herring Market (organised since 1743!), Torikorttelit will organise an evening of dancing; the style is free but the DJ will play music that includes waltz, tango and foxtrot. Helsinki Design Weekly encourges all Helsinkians to view urban space with fresh eyes: imagine dancing on this location that has only served as parking lot in the past! There are endless possibilities with our sea front and the islands.

Helsinki Design Week will arrange a PechaKucha Night at Weegee in Tapiola, Espoo. Based in the former offices of the Weilin&Göös publishing house designed by legendary Finnish architect Professor Aarno Ruusuvuori (1925–1992), WeeGee is a museum, exhibition and event hub in Espoo. The talks will be in Finnish this time and tickets (15€ / 7,50€) can be bought from Helsinki Design Week’s online store and at WeeGee.