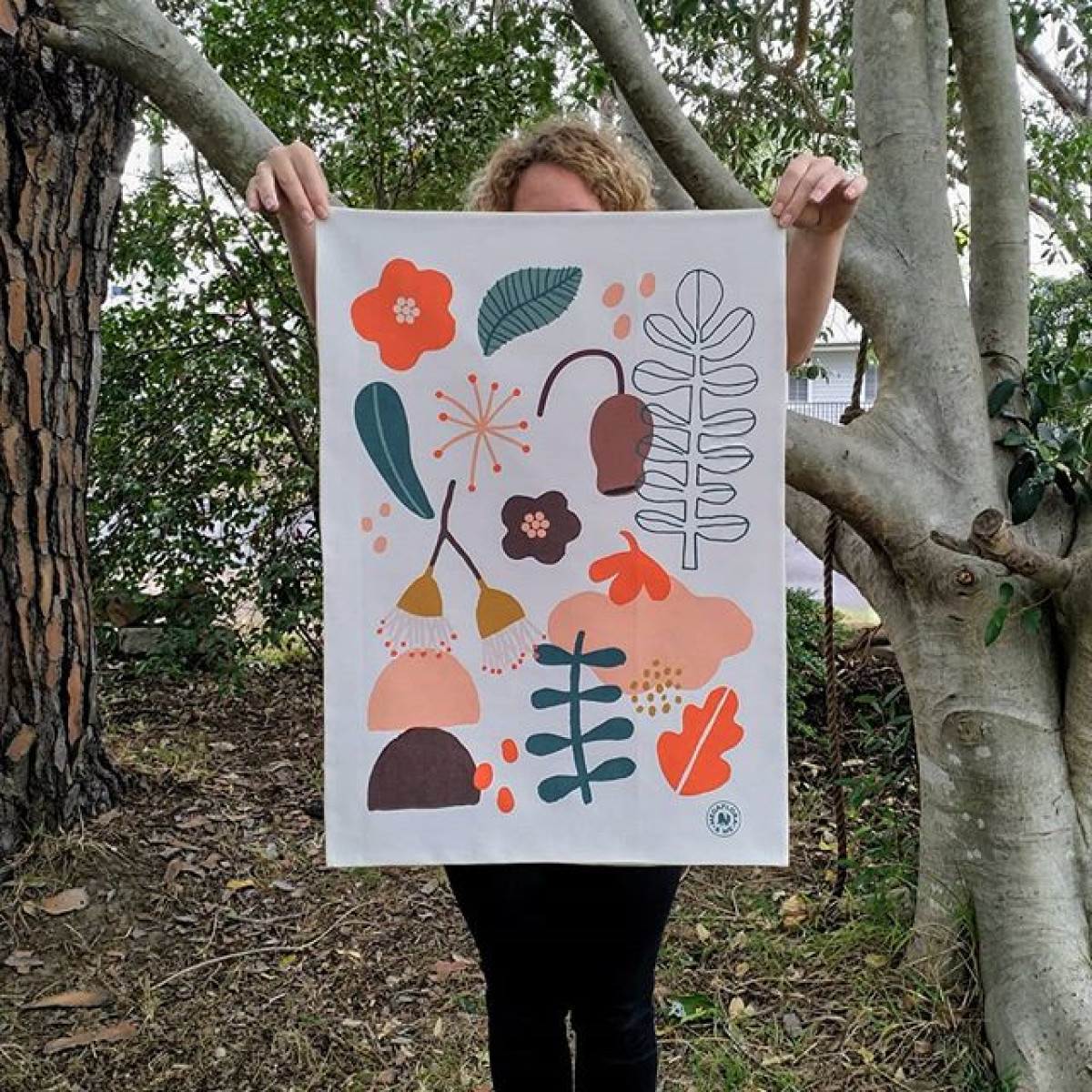 In her designs for Cotton On KIDS, Meeri Anneli combines a Scandinavian touch with the striking flora and fauna of the Australia’s Blue Mountains.

“I try to make a connection between being Australian and being Finnish”, says illustrator and textile designer Meeri Anneli via Skype from her home in Geelong, Australia. “When I create textile designs, I take inspiration from iconic Finnish brands like Marimekko that do print so well, but also from the environment around me—the Australian flora and fauna which is so beautiful and colourful, but also sharp, edgy and distinctively harsh.” 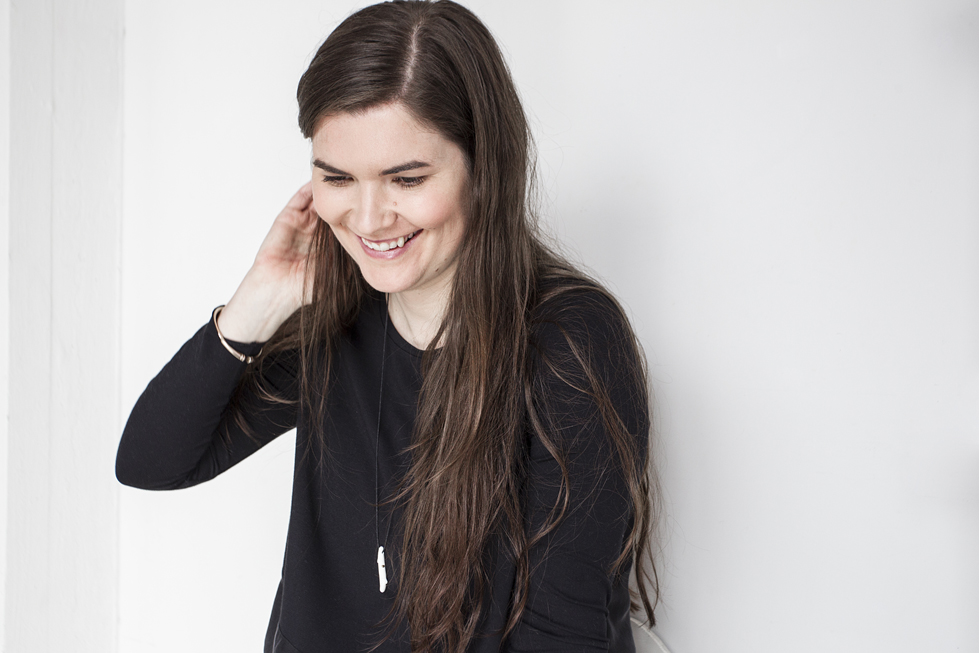 Anneli is half-Finnish, on her mother’s side, with an Australian father. Although she recognised her talent and skill as an illustrator from a young age, when completing a BA in Fine Arts at the University of Western Sydney she gravitated toward textiles and hand sewing. After completing her undergraduate degree, Anneli opted to spend more time in her mother’s country and enrolled at what is now Aalto University on the then-new MA in Environmental Art. There she continued her explorations of textiles and different sewing techniques to produce sculptural installation.

Following graduation in 2007, Anneli remained in Finland working for Globe Hope, a company founded by Seija Lukkala to craft clothing and accessories from recycled materials. There she learned how to repurpose and recycle clothing while starting to become more involved in print design. After several years in Finland, Anneli and her partner returned to Australia to live in Melbourne. On returning, she was hired by kikki.K, well-known Swedish stationery brand, for her skills not as a textile designer but as an illustrator.

At kikki.K, Anneli turned her hand to stationery and product design, creating original illustrations for everything from homeware to children’s stationery ranges to hand-drawn store windows. She also spent seven months in Uppsala working for the brand while her partner was studying on an exchange programme, another formative period and place which came to influence her style. 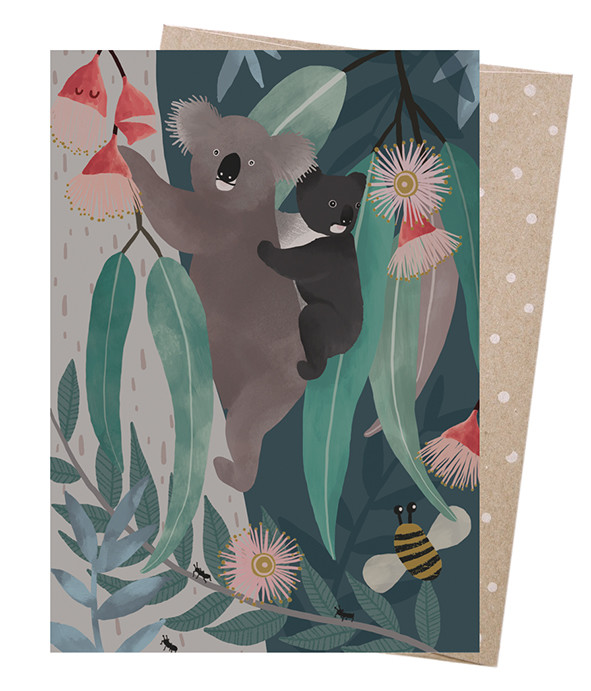 From textiles to illustration and back again

Around the time her first daughter was born, Anneli briefly turned freelance. Here, she put her impressive illustration skills to good use with commissions from lifestyle brand Love Mae—bamboo tableware sets with delicate, naturalistic animal drawings and fabric wall decals—in addition to a collaboration with Australian lifestyle brand Zakkia, creating unique patterns for homeware items. Since, 2016, however, Anneli has worked full-time as a textile designer for Cotton On KIDS, an Australian clothing retailer, creating graphics and prints for babywear.

“It has been interesting learning the ins and outs of the fashion industry, and kidswear in general,” Anneli says. “Every day is different, but my favourite time is when we get to illustrate and design. I’m briefed by our trend department and then use my skills and imagination, whether through painting or pencil drawing or digital illustration, to get creative.” 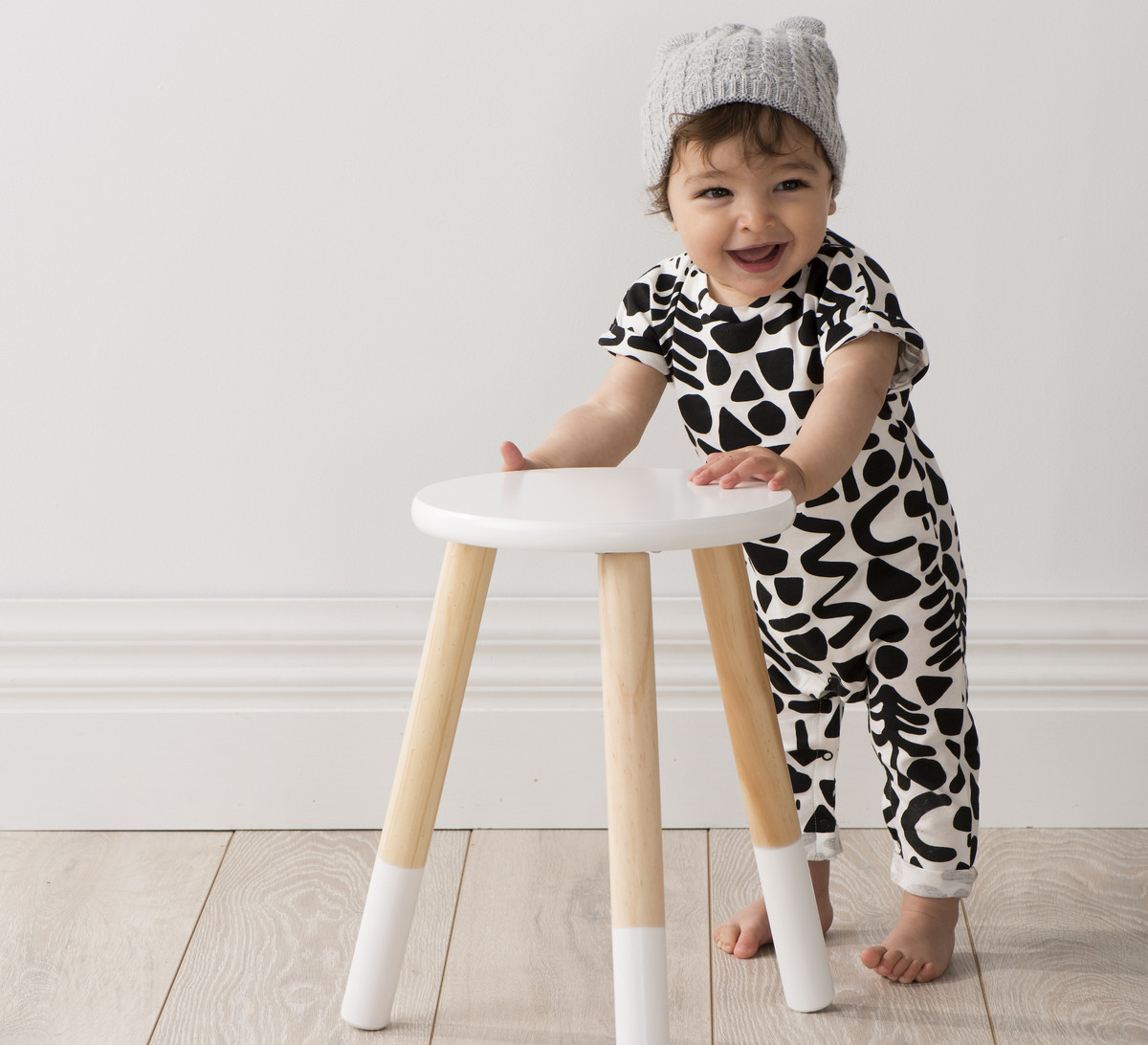 For Cotton On KIDS, Anneli’s prints tend toward the bold and graphic, drawing on Scandinavian pattern heritage, with the occasional flash of bright colours or natural (or fantastical) wildlife. Given the fast-paced nature of production, though, Anneli says that it can be demanding to keep the creativity flowing.

“One of the main challenges is that we create graphics for new ranges every month, so it’s important to stay inspired,” she says. “I try to use different methods and techniques when illustrating, because you never know what can come from a variety of mark-making. Sometimes the best ideas come from mistakes or unexpected places, so it’s important to play and try different things. If all else fails, I go for a walk!”

Alongside her full-time work at Cotton On KIDS, not to mention being a mum to two daughters, Anneli continues to develop creatively and professionally through freelance work and personal projects. Last year, she launched Megaflora & Me, a new label which marries her print designs to soft accessories such as tote bags, tea towels and coin purses. In Anneli’s distinctive style, the bright, bold prints combine a Scandinavian touch with the striking flora and fauna of Australia’s Blue Mountains—where she was living when many of the prints were first designed.

Anneli is now settled with her family in Geelong–a city with “really great infrastructure for young families”–on Australia’s Bellarine Peninsula. Moreover, she says, the city has a strong culture of supporting creatives and is a place where it’s easy to maintain a good work-life balance. But more than the city’s support and its good work-life balance, it is social media which has enabled Anneli to maintain and develop her side projects and freelance work.

“Instagram has been an amazing tool for me,” she says. “It’s helped me get work and develop and maintain a good network. Most importantly, no matter where they are or I am, it’s meant that people from all over the world can see my work.”

And although Anneli sounds deeply attached to her life in Australia, she remains open to the possibility of returning with her family to live and work in Europe someday.

“My mum comes from a big family and Finland is very unique compared to many other places in the world,” she says. “We’d love to be able to take our kids to Scandinavia so that they could benefit from that experience, too.”