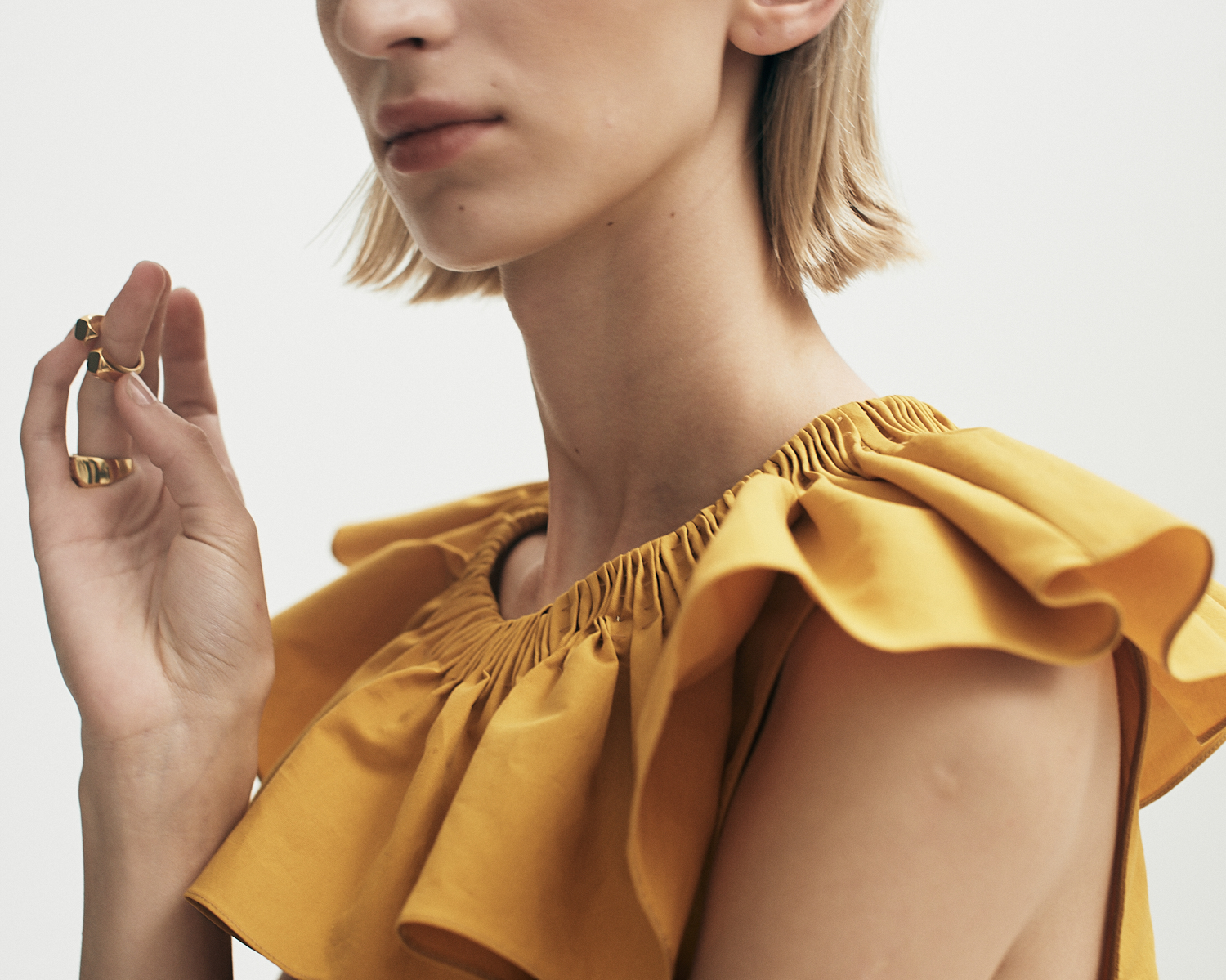 Celebrated fashion designer Teija Eilola designs architectural, minimal clothing for modern women. Weekly Abroad speaks to Eilola about building a brand in one of the world’s fashion capitals and coping with the uncertainties of Brexit.

Celebrated fashion designer Teija Eilola designs architectural, minimal clothing for modern women. Weekly Abroad speaks to Eilola about building a brand in one of the world’s fashion capitals and coping with the uncertainties of Brexit.

Fashion designer Teija Eilola has now lived almost as long in England as she has in her native Finland. In 1998, she moved to the UK to take up a BA place on a course in European fashion design at the Kent Institute of Art and Design. Alongside fashion design tools and techniques, the course emphasised language skills and their development through a year’s placement abroad, which Eilola undertook in France. In her final year, she won a student design award and applied to do a Master’s at the Royal College of Arts in London.

“Coming from a Finnish education, although I didn’t have an art degree background, I had a lot of general craft skills compared to the other students,’ Eilola says. ‘I also had the ability to structure and write critical essays and it took me a while to shift from this more academic attitude to thinking differently about design.”

At the RCA, Eilola honed her aesthetic and further developed her technical skills, spurred on by the inspiring environment of being surrounded by a small group of passionate, committed students. Perhaps surprisingly for a designer today focused primarily on womenswear, a course on traditional tailoring seems to have played a key role in laying the foundations for certain characteristics which would later become hallmarks of Eilola’s brand. 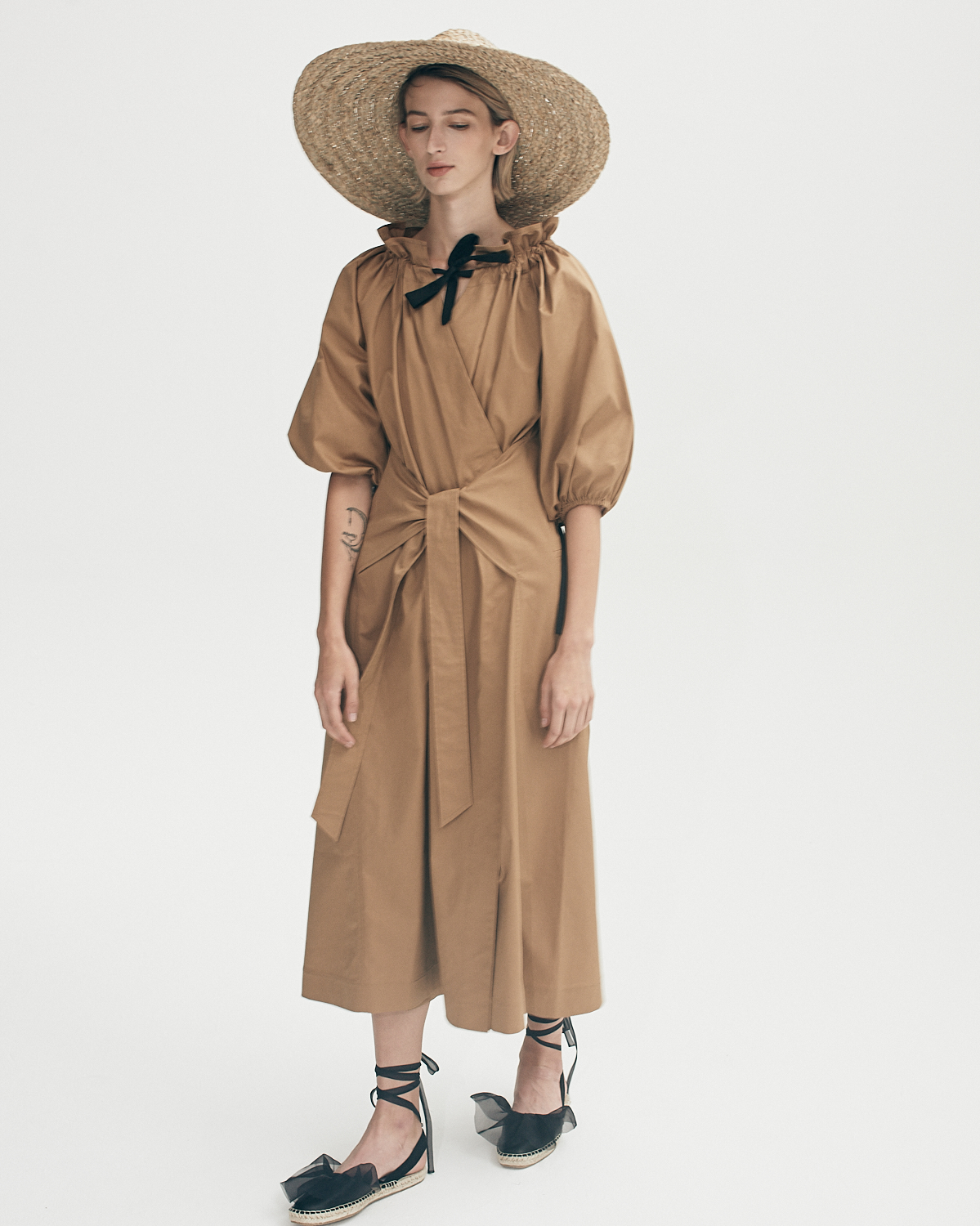 “Traditional tailoring skills really help you understand how to sculpt and shape fabrics to the body,” she says. “You learn how to transform a flat, 2D piece of fabric into a 3D shape before sewing, but you also learn how to slow right down and appreciate the fabric and its nature.”

In 2012, Eilola was selected as one of three finalists for the UK’s prestigious Fashion Fringe award. As a finalist, she undertook a business mentoring programme with Burberry’s Christopher Bailey and designed a collection inspired by ‘a Finnish girl going to a party and then walking through the woods in the snow’ for the closing show of London Fashion Week. That SS13 collection also marked the launch of her eponymous label Teija.

Today, Eilola continues to build on the architectural minimalism of her initial collection while incorporating incremental refinements and developments with each new season. 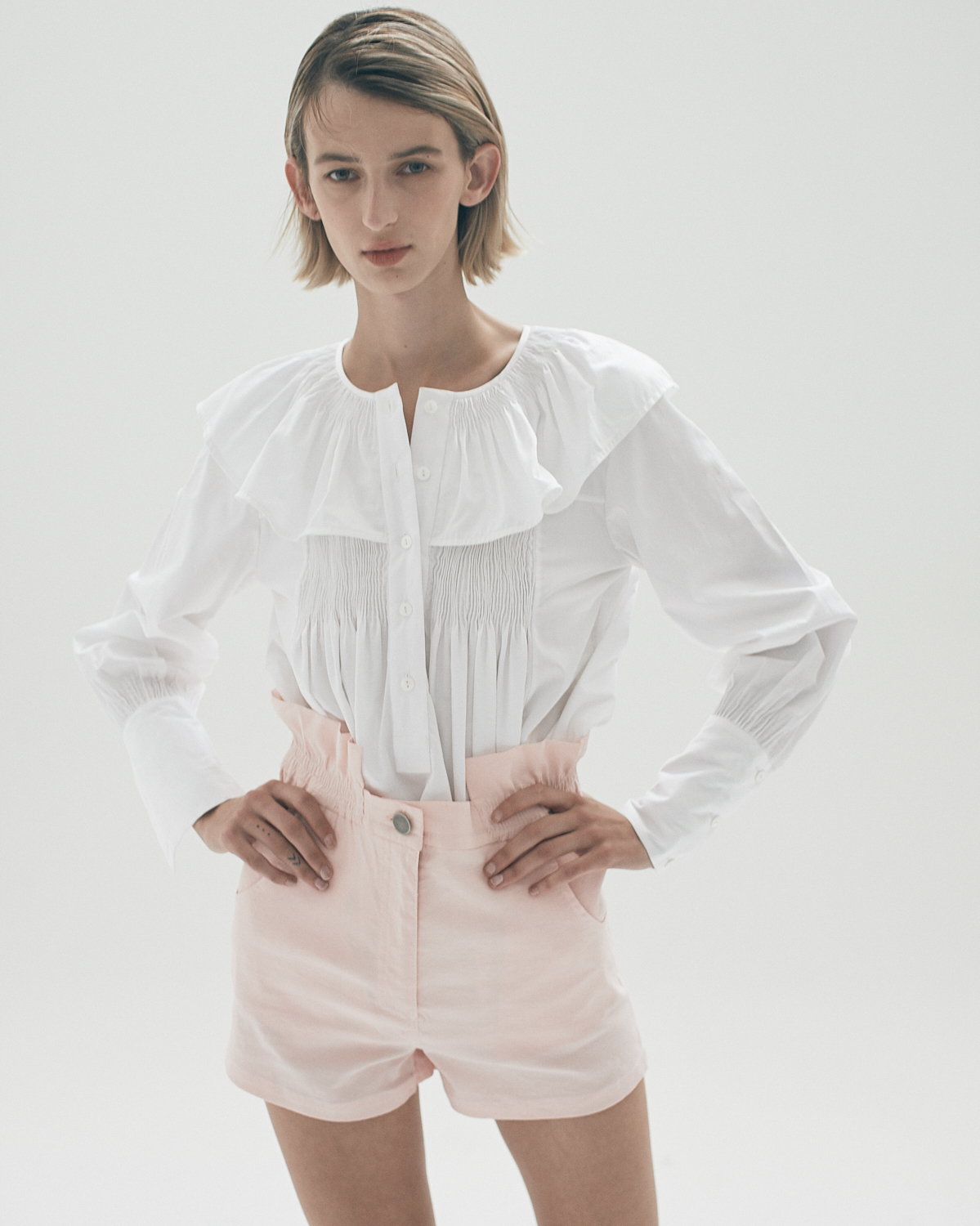 “I try not to jump too far with each collection as I think it can come across as a bit erratic,’ she says. “There’s definitely a DNA in the brand in terms of how we cut or certain techniques we use, the repetition of things like dropped shoulder seams or traditional Victorian hand smocking.”

In addition to the use of traditional techniques and a minimal aesthetic, Eilola’s designs are noteworthy for their loose, yet often structural silhouettes. In the world of women’s fashion, where the options can often feel limited to structured office wear on the one hand and overtly sexy off-the-clock clothes on the other, Teija’s vision of femininity is rather refreshing.

“If you take the power suit and the sexy dress as the traditional objects of womenswear, these norms are old-fashioned, unmodern and off-putting,” Eilola says. “There are people who like to dress like that and so there is a market for it, but I like to find silhouettes that are more surprising, more challenging.”

Relatedly, Eilola emphasises the importance of not judging a garment from sight alone, or from the hanger. You have to try the clothes on, she says, to truly understand the full impact of how they feel on the body and how they change the wearer’s perception of their own body.

“You can’t always see the cut from the hanger,” she says, “you have to put it on. Speaking personally, my designs make me feel a bit cute, but also strong and interesting. The way certain clothes change how you perceive your own body; that’s the most important thing for me as a designer.”

Given the climate of political uncertainty in Britain around the state of Brexit, does Eilola worry about the future of running her label from London? Her label is lucky, she says, in that they work with manufacturers all over the world so they at least have a variety of options if things become difficult in Europe.

Yet, despite any uncertainties around Brexit, Eilola is an enthusiastic advocate of London as a base for building a fashion brand. She explains that there’s a culture of pride and belief in former students, whether those students are British or international. In addition to the many initiatives that provide support to students and graduates, professional mentoring programmes abound for those finding their feet after graduation or in need of early-career support. Last year, for example, Eilola was a receipt of the BFC’s Fashion Trust award which provides grants and mentoring support for early-career brands as they move to take the next steps forward.

Given London’s status as one of the fashion capitals of the world, Eilola says that there’s also a close community of designers at similar stages in their careers who often meet at professional events to have honest conversations about coping as a brand and as a business. With such a breadth of industry support, it’s understandable that, although the uncertainties around Brexit are troublesome, London remains a strong place to base a fashion business.

“The current political situation is a shame because I strongly believe in being connected with Europe,” she says. “London will definitely be different as a place to run a business, but I don’t think we can really say what it’s going to be like. We just have to keep going and see what happens in the future.”