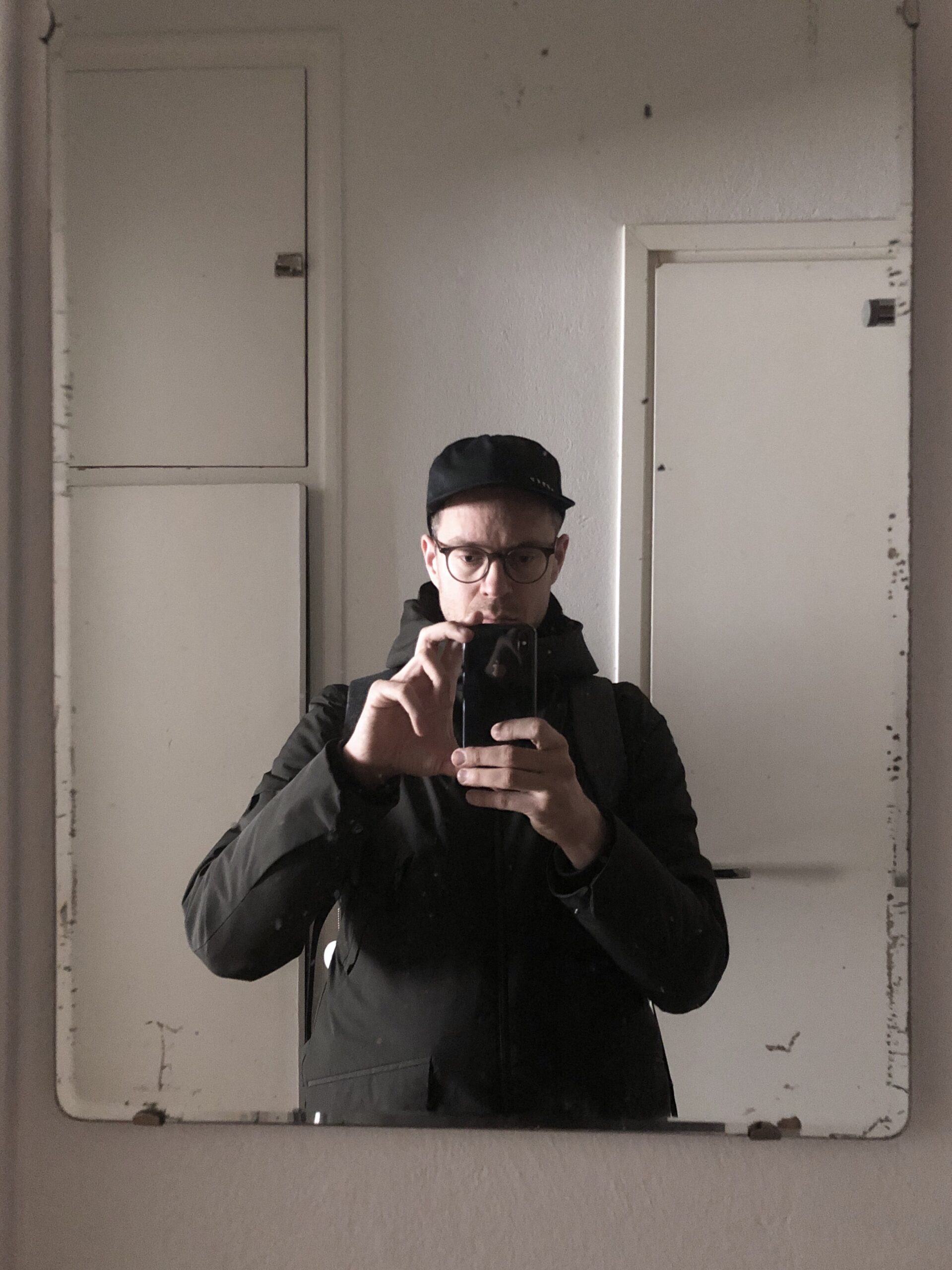 Matti Tuominen is an Art Director at Reaktor, a strategy, design, and engineering company. With a dark past as a bass player, Matti now enjoys more mellow sounds and isn’t afraid to turn of the music to enjoy the sounds of the city. Reaktor x LEGO robot code school can be found at Children’s Design Week.

Matti Tuominen is an Art Director at Reaktor, a strategy, design, and engineering company based in Helsinki, New York, Amsterdam, Dubai, and Tokyo. With a dark past as a bass player, Matti now enjoys more mellow sounds and isn’t afraid to turn of the music to enjoy the sounds of the city.

We’re loving the list you prepared for HDW Children’s Weekend! Tell us a little about it.

I’m glad since I was a little intimidated by the task at first. According to the brief I had to collate a list of songs for kids. Safe to say that is not really my area of expertise. Luckily I soon discovered that the playlist was more for engaging visitors at the Reaktor x LEGO code school event. I hope they enjoy it!

The list is an eclectic mix. Was there a specific mood you had in mind?

Somewhere in the back of my mind I must have thought of imaginary robot noises – the sound of rattling and clattering. I also opted for more softer electro which to me, feels a bit more humane. Whatever that means! It’s a mixed bag for sure.

It certainly doesn’t undermine the younger listener either. How would you like for people to listen to it?

If possible, somewhere quiet for the nuances and the long, peaceful arches of the songs to really play. But I wouldn’t want to start directing people any more than that. Disparate moods, soundscapes and even tempos work differently on all of us.

Is there a meal one could have to it?

Maybe a late morning warming porridge could do? And I would skip the earphones but each to their own, of course.

Sounds perfect. What have you been working on lately?

I just started on a project which aims to tackle chronic illnesses. To me it feels important to work on meaningful projects such as the code school and the new one, related to health matters.

Coding for the better! Should we all learn some?

I think everyone should try coding. Technology has an ever growing role in our lives, no matter your age. We don’t all have to become developers but essentially I think it boils down to principles of democracy. We should all have a chance at learning the latest technology and to understand new information. This is what the code school encourages; low-threshold possibilities to learn coding while alleviating fears and certain stereotypes associated with technology. Another good starting point would be the Reaktor x University of Helsinki course Elements of AI. I hear it’s super popular!

What is the role of code in the future?

This is such an important question. I think the role of coding is only getting bigger, for better and for worse. My wish is for people to remain both curious and critical towards technology. Because while we without question with the help of technology will be able to resolve a range of issues associated with human health, democracy and the climate emergency, it comes with responsibility. We need to be able to for example, acknowledge the influence of algorithms in our lives. Although, ultimately I believe in changing the society and the way we live, in order to drive change. Technology alone will not do that.

Funny you should ask! I don’t actually code much myself 🙂 I mean I have tried HTML in school but nothing more serious than that. As an Art Director I need to obviously understand some in order to be able to communicate with the developers, but let’s just say I leave most of the hardcore stuff to the real professionals.

Finally, what does music mean to you?

My background is in music! I’ve gone to music lessons and schools for a long time while always playing in bands. I even have a dark past a bass player so low frequencies interest me a lot. You know at one point I even wanted to become a jazz musician? Pretty quickly I understood however, that my ears weren’t quite up to par. Nowadays I would describe myself as a proficient listener.

What kind of music do you listen to daily?

This certainly depends on my mood and what I’m working on. I work a lot textually which normally goes pretty well with more instrumental sounds. Music is a great influence on moods but as a designer my own feelings shouldn’t affect the way I work so I try to keep that pretty low-key. Then again if I’m feeling sleepy, I love enhancing that mood with calm tunes that let me fall into that sleepy soundscape. Or alternative, I use music to really shake me out of it!

Do you listen to music on your way to work?

No. I love how the city sounds.

What do you listen to over and over again?

Any quilty pleasures? Things you have hidden on Spotify?

Not really. I’m too old to care! Or actually.. I wonder if my profile is even public..

Finnish strategy, design and technology company Reaktor has developed a Reaktor x LEGO robot code school, at which kids can learn the basics of coding in a fun and easy way. Free access on 14 September at 10–16 at Annantalo.