At the PechaKucha night in November we’ll hear from graphic designer Enni Koistinen, artists Teemu Keisteri and Karo Hellberg as well as the founder of Uumarket Hanna-Kaisa Pekkala. Enni and Teemu reveal here which topics they are considering at the moment–since the speakers are given full freedom to choose any topic.

At the PechaKucha night in November we’ll hear from graphic designer Enni Koistinen, artists Teemu Keisteri and Karo Hellberg as well as the founder of UU Market Hanna-Kaisa Pekkala. Enni and Teemu reveal here which topics they are considering at the moment–since the speakers are given full freedom to choose any topic. 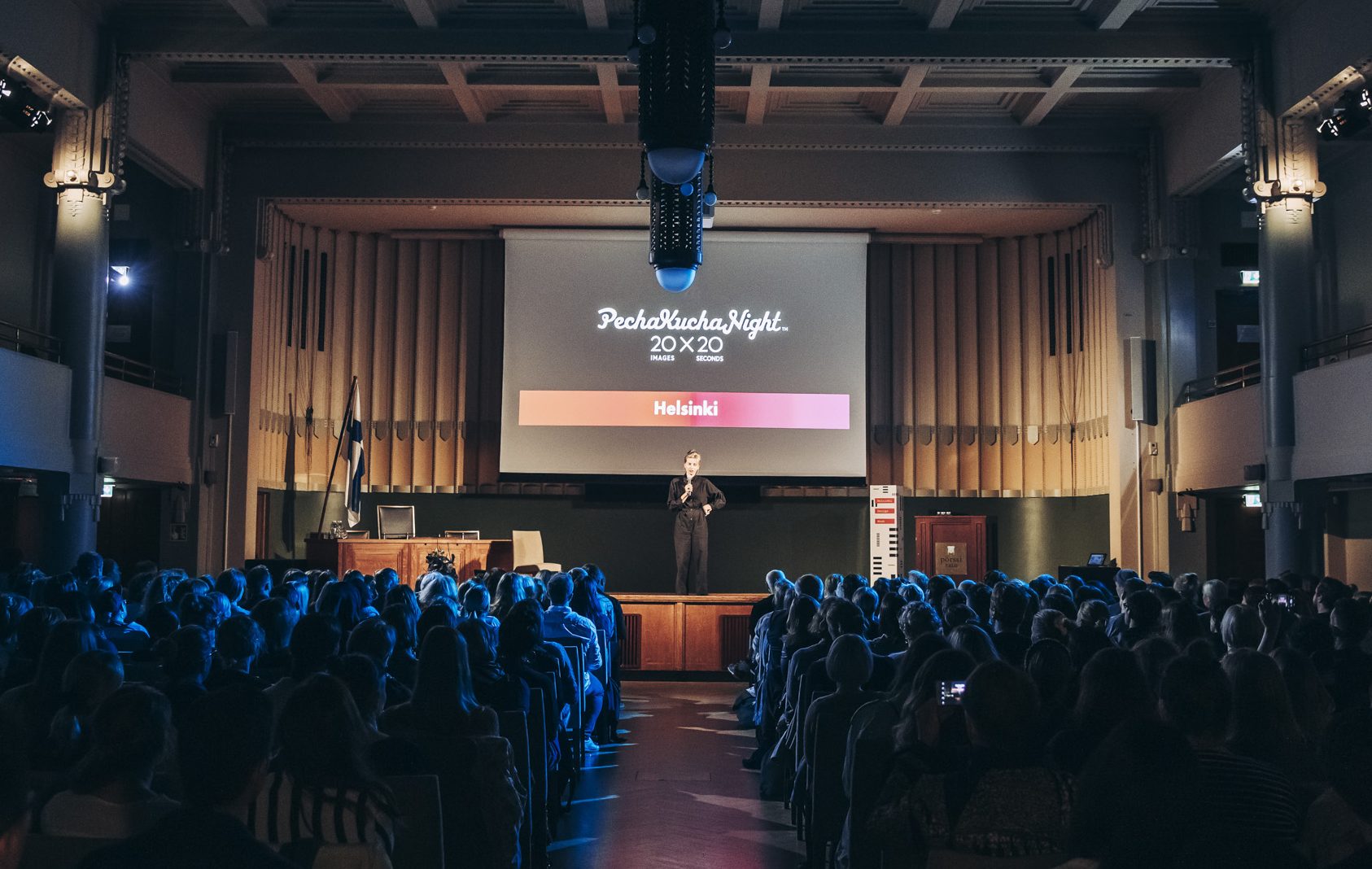 Graphic designer and entrepreneur Enni Koistinen writes the Musla blog with her friends. She’s a graphic designer now, but some day she’ll become a spa owner. Here are the three topics Enni has been considering.

The spas in which I’ve bathed or want to bathe

“I’m freakishly passionate about spas. My dream is to make an onsen tour in northern Japan during which I’ll do nothing but bathe.”

20 images that have blown my mind this year

“These images include an element of surprise and leave me thinking. Lately I’ve marvelled cook book pictures from the 1970s, styled in the spirit of more is more. I got one such book as a gift, it’s called The Best Recipes in the World. One of the recipes features a whole lobster in a gelatin solution!”

“I follow a British guy who is nuts about the Middle Ages. He makes videos about how people used to cook or make wood shavings to burn instead of candles. That’s, like, the very core of larping. I’m not interested in the Middle Ages but I really enjoy watching the videos.”

“Another one I follow features trucks crashing under a particular bridge that is too low.”

Espoo – Free Life“How has the easy life in Espoo influenced my artistry?

I grew up in the countryside in Espoo, and life was pretty easy there. Youth was the best time of our lives. Being able to roam around freely since childhood, to dress up in women’s clothing if we wanted to, I guess must have given me courage. I could use old photos from an archive! This presentation couldn’t be made by someone from Vantaa.”

“I feel I’m outside the elite circle of art, which is fine because I’m not interested in being included in the inner circle. Just recently I was in New York and got a private tour of the Keith Haring museum. I identified with his no-rules way of making art, the way it’s not supposed to be done. Street art for free, and then something else that is really expensive. I feel in Finland very little room for this type of art.”

“I want to be able to surprise my wife, my best friends and everyone else over and over again. There’s a twist and a no-rules angle to everything. If there isn’t, I’ll start to suffocate. This presentation would have two images per slide, a and b, the yes-rules and the no-rules versions of situations and ideas.”