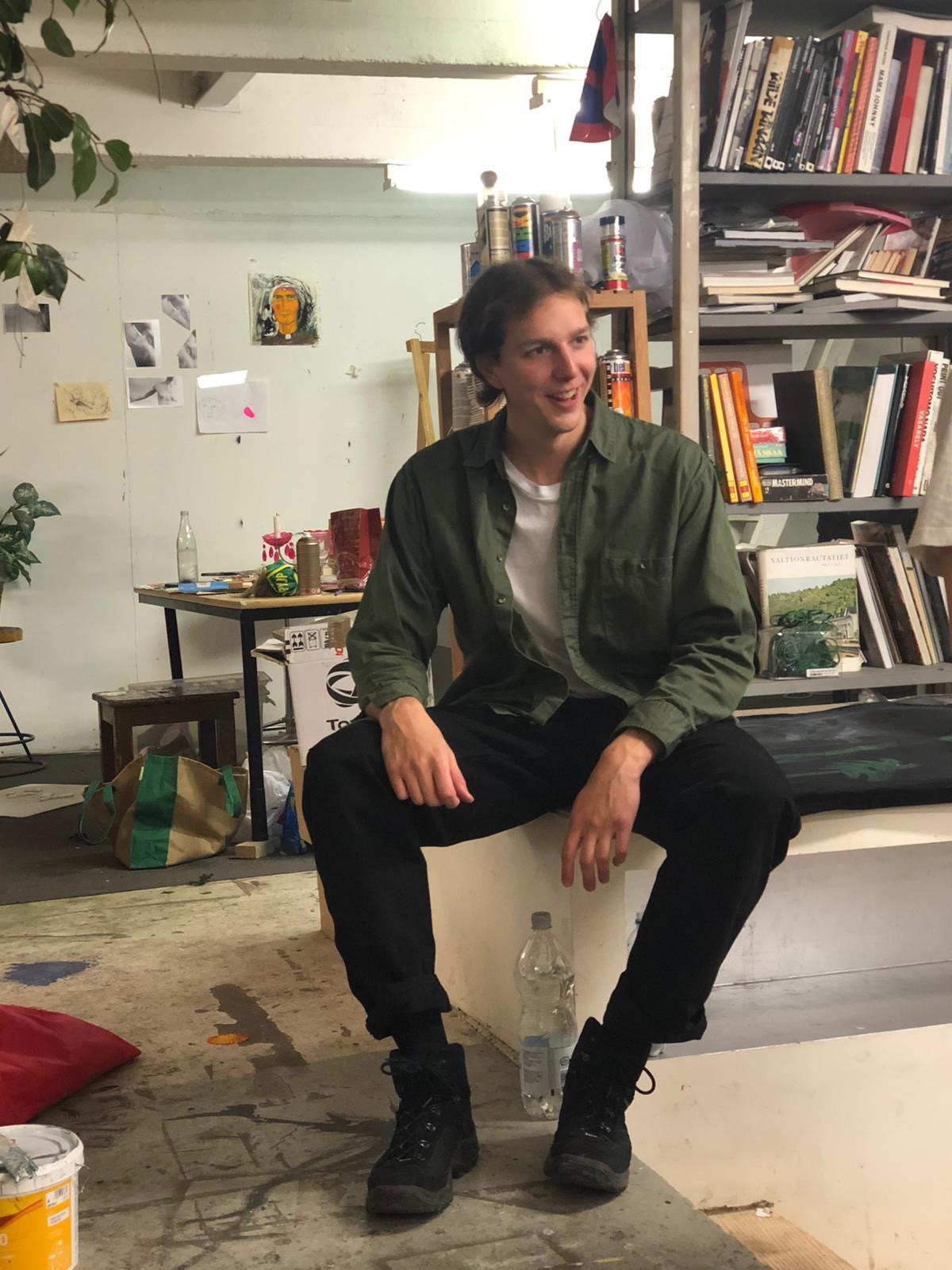 Santeri Mortti is a designer who works on a loaned sewing machine. A new one would mean forking out a few thousand so mom’s machine stays on loan but what he produces with is simply impeccable, bursting with energy and DIY vigor.

Santeri Mortti is a designer who works on a loaned sewing machine. A new one would mean forking out a few thousand so mom’s machine stays on loan but what he produces with is simply impeccable, bursting with energy and DIY vigor.

Santeri Mortti opens the door to his home with a big smile. Coffee is brewing, there are beignets, the designer is bubbling with energy. Santeri is currently residing right where he grew up, next door to his parents. With a goldsmith mother and a carpenter father, he was lead into designing by higher forces.

“We used to spend summers in the countryside,” he begins, “and I really missed my dad because he still had to go to work.” One day, instead of sitting by the window waiting, Santeri ventured out into the shed and found a Japanese dozuki saw. He went to work. When dad returned from work, there was a bunch of handmade wooden heads waiting. His father was mesmerised – and full of praise. “I think I still work with wooden sculptures because of that day. I’m still living off the praise.”

While he might have worked with wood from an early age, designing essentially took a while. Santeri began studying the subject at Aalto University but quickly decided to take a gap year. A year during which the design degree programme morphed into something new. After the change, students were able to choose any courses from the abundant selection. Santeri chose to start working with textiles. But it took a little longer than that and a trip to Paris to find the art of design.

Working under Olivier Dollé as an exchange student, gave him an insight that he had been missing. “Olivier and I are both skaters so we ended up just designing a bunch of things,” Santeri laughs. “We made a few bookcases but mostly we concentrated on assembling skateboards and having fun.”

Fun and a certain ease still remain at the core of anything Santeri does. Kind of like the semi-obsessive relationship he has with following the North American men’s professional basketball league. “A group of us have been playing backyard basketball since we were like sixteen,” he explains. “But lately, it has become a bit more competitive. Kind of like combat.” The constant NBA bellow makes for a perfect backdrop when working with embroidery, he reckons.

The designer initially found embroidering through fashion designer Jussi-Pekka Ojala five years ago. Santeri had been posting photos of drawings, paintings and sculptures on social media. Ojala spotted the works and suggested they work together. A collaboration which then became a whole collection and Bachelor’s theses for both. Mortti was in charge of embroidery and accessories. “For me, that is where everything began,” Santeri confirms.

The designer walks around the apartment showing a vast array of works ranging from carpentry to DIY T-shirts and ceramics. The excitement is palpable.

“After I learnt embroidery, I kind of made it my side hustle,” he laughs. The works are ever-present on his Instagram site and are currently up for purchase for what can be considered as highly cost-effective. “I would rather see my works spread than keep them all to myself,” the designer reflects. “I just love making things.”

His patchworks can often be spotted on artists such as James Kokko and drummer Risto Niinikoski. “I am trying to spread far and wide. There are some 150 works of mine out there in the world.”

As any of his fellow creative workers, what brings the bread is the side hustle. Mortti is currently engaged in making music video props and accessories for bands such as Töölön Ketterä and posters for Helsinki-based clubs such as the eponymous Post Bar.  “Santeri designed a poster which decoded the process of eating kalakukko, a fairly eccentric Finnish delicacy,” confirms Justus Valtanen from Post Bar. “Santeri is a truly original talent.” The posters sold out straight after publishing.

In the future, the designer is interested in becoming a surface designer under the guidance of Maarit Salolainen, Professor for 3D Surface Design and Textile Materials in Aalto.  There is also the Master’s thesis coming for FaCT, Fashion, Clothing and Textile design at Aalto. A how to-series on working with wood for YouTube. Becoming a writer. Possibly growing into an athlete along the way. 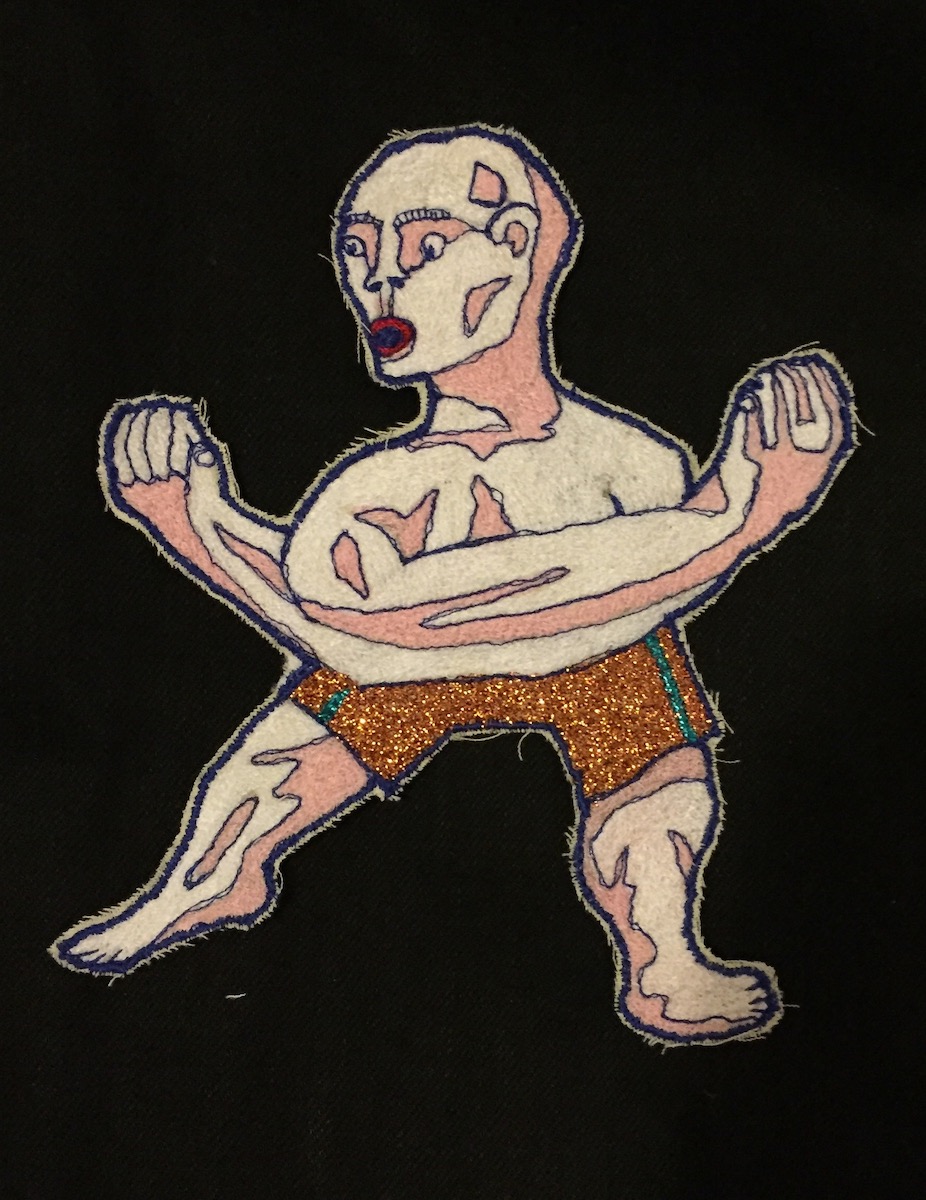 The only problem the designer seems to face is the lack of time. “I have so much that I would love to do still but just cannot find the time for,” the designer says chuckling, the energy woven into him.