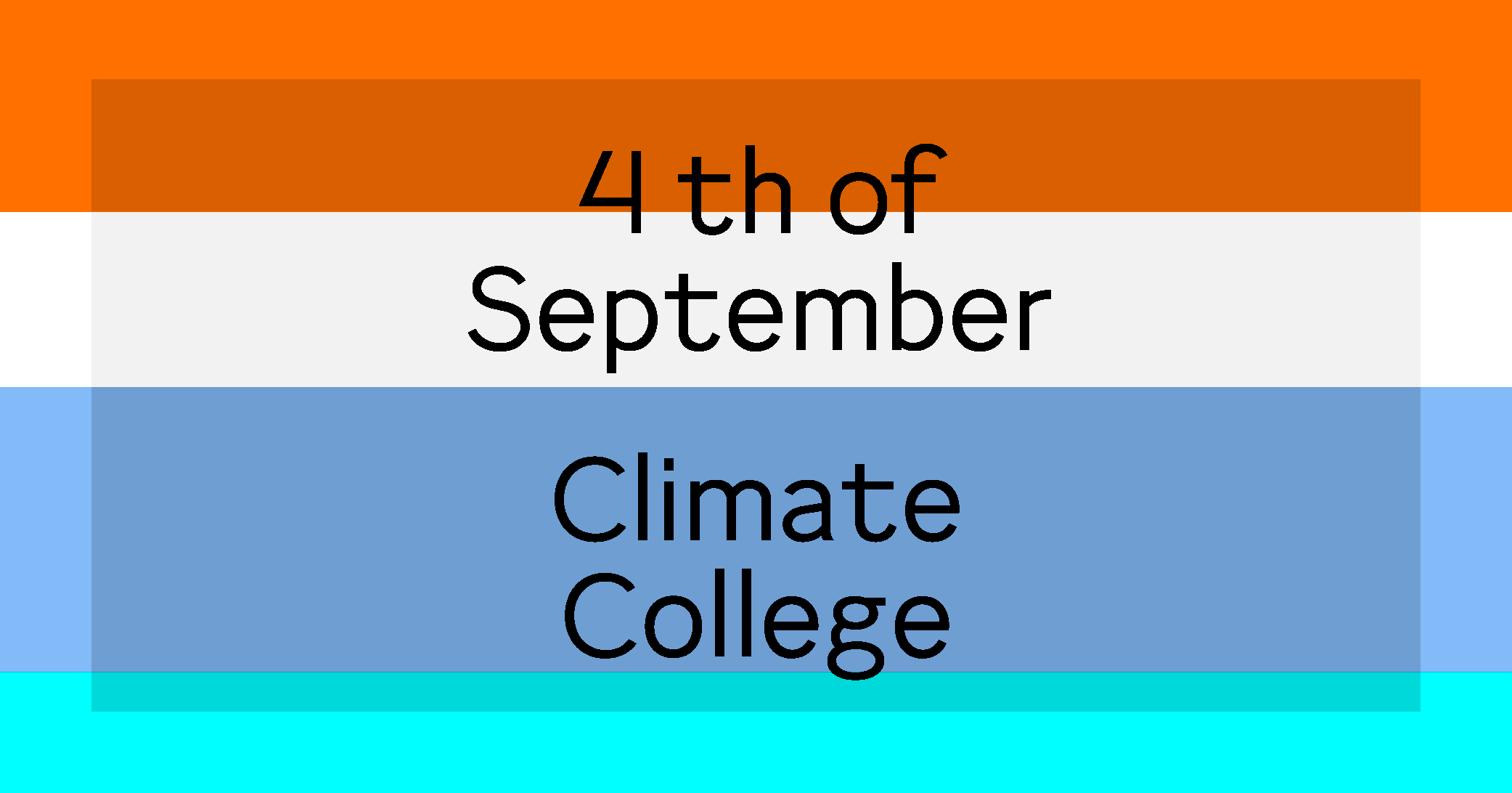 City of Helsinki arranges on 4 September a Climate College, whose speakers offer solutions for a more climate-friendly future in cities.

City of Helsinki arranges on 4 September a Climate College, whose speakers offer solutions for a more climate-friendly future in cities.

The event is part of the Helsinki Design Week. The Climate College is aimed at professionals and students in the field, as well as at everyone who is interested in our common future. The event will be opened by Helsinki Mayor Jan Vapaavuori.

The role of cities in the fight against the climate crisis is decisive. More than half of the world’s population lives in cities, more than two thirds of the world’s energy is consumed in cities and more than 70 per cent of the carbon dioxide emissions originate from cities. Helsinki aims to be carbon neutral by 2035. Helsinki wants to be a forerunner in sustainable urban development and in the fight against climate change, and offer a platform for new innovative solutions.

Climate-friendly urban planning is first contemplated at the Climate College especially from the perspective of the cities of Helsinki and Beijing. The perspectives are brought up by the main speakers of the event, science journalist Pasi Toiviainen from Helsinki and Yanling Duan from China. Duan is a strong proponent of sustainable development in Beijing, Helsinki’s sister-city. The Climate College will also introduce good practices and solutions to the challenges in cities. The event will include the likes of the Pasila 5G project and the Helsinki Energy Challenge.

The event can be viewed afterwards on the Helsinki Channel at helsinkikanava.fi.

The language of the Climate College is English.