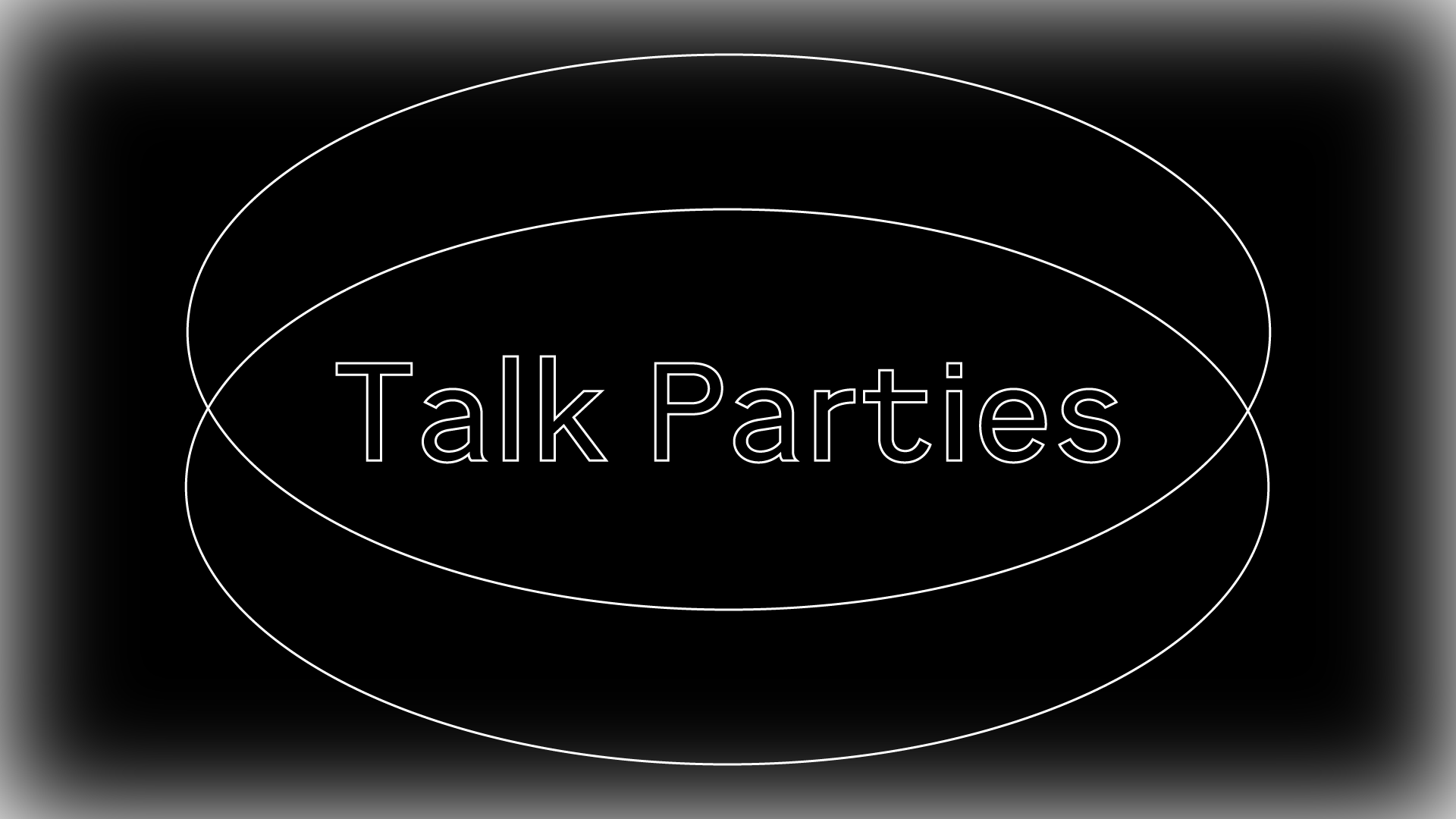 Without the ability to come together during physical events, there’s a feeling that dialogue and community is missing. And it is. There’s a clear disconnect between what we had and have now. There’s no easy answer how to create a better design dialogue. We just need to start.

Jeremiah Tesolin is a Canadian born, Helsinki based designer specialising in developing brands and their business. In his new series of writings for Helsinki Design Weekly, he investigates best practices of creative interaction, and explores critical topics of discussion. The journey can be first followed here in Weekly and then experienced in Helsinki Design Week in September.

One suggestion on how to create dialogue was linked to work created in Helsinki during 2014. There were a series of events called Talk Parties organised that year as creative events that engaged with people in new ways. The events were founded by Esko Kilpi and I as a way of using new methods of interacting with people on critical topics of discussion. The list of people who helped shape Talk Parties is too long to mention. Each of the participants helped form a degree of collective understanding in that short moment, and then we all moved on with a positive memory lingering for some time.

Why the name Talk Parties? We were originally working to organise social events that could create cross collaboration, but social events in themselves wasn’t the goal. There was a desire at that time within the creative community for meaningful conversation. We didn’t have a set agenda or list of outcomes, but we did introduce themes of discussion. The project was the activity of the project itself.

We wondered at one point if participants would ask if this should be more about doing? Surprisingly that never came up. There were enough forums dedicated to doing. Meaningful discussion felt like an action of its own. We talked like it was a party, and that was enough.

What are Talk Parties today? The wisdom behind the effort was that creativity is a networked rather than individual phenomenon. As Esko has written about extensively, creativity is about interaction. When outcomes aren’t defined, we need to practice new forms of interaction to create new forms of creativity. Could the thinking and actions within Talk Parties be brought into and evolve with today’s needs. Could this be a way of creating an improved design dialogue. There’s a feeling that it can, and intention that we just need to start.

One of the first Talk Parties started with a theme of “ask a question and get an answer”. The physical audience was a way to gain awareness. In Talk Parties Today, considering that we can’t meet in person. Where can you ask and find help? I’ll be investigating this further and see where it ends up.

Jeremiah Tesolin has lived in Finland for over twenty years and has dedicated his time to help Finnish companies succeed internationally. Highlights of this period has been working as Creative Director for Iittala and Arabia, Brand Development at Marimekko, and Art Director at Nokia. A big part of his design work has been about creating unexpected connections between people and projects, something that he continues to evolve today.