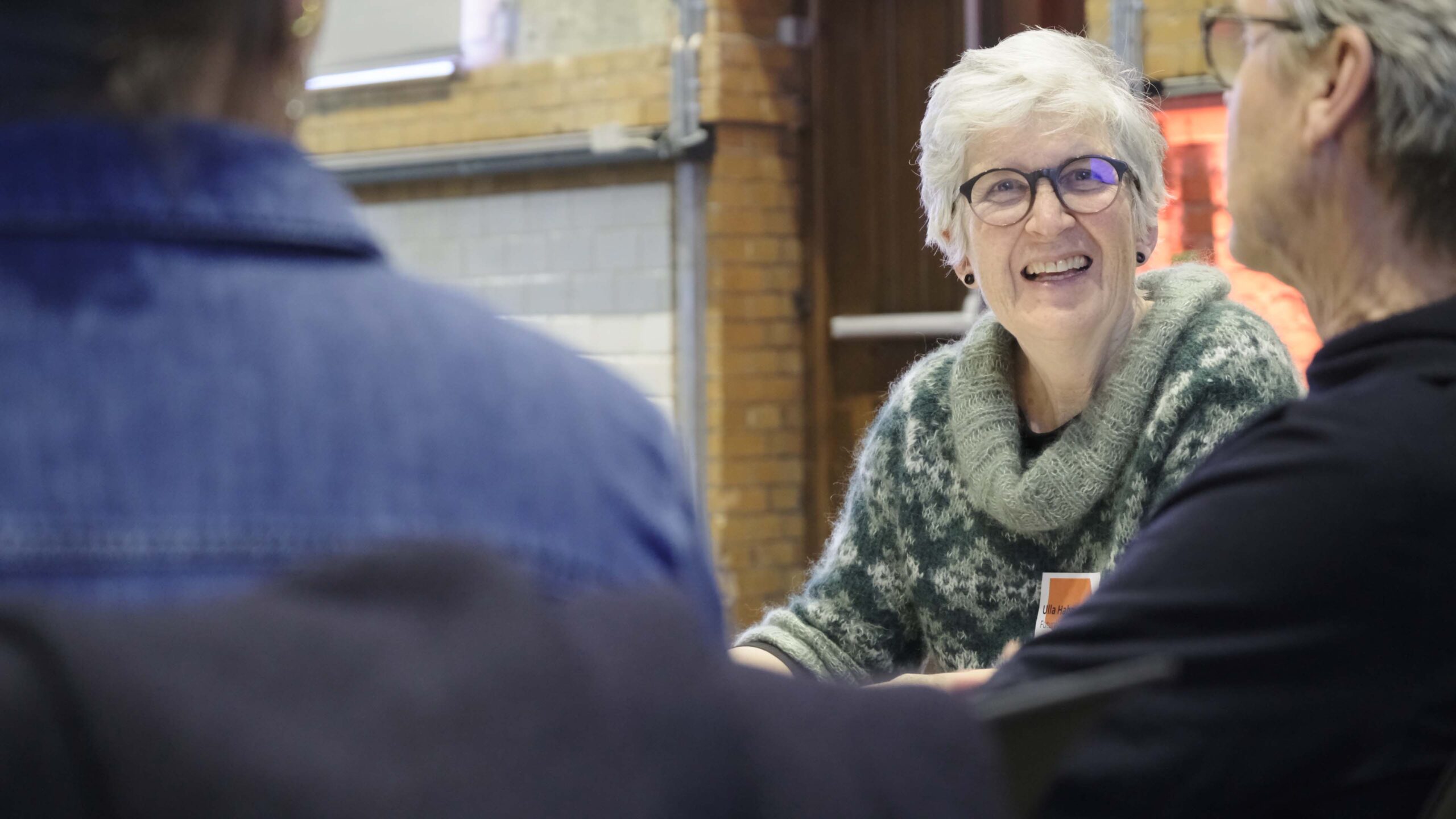 Marking a shift from iconic ‘starchitecture’ to the nitty gritty of planning processes, the Oslo Architecture Triennale focuses on Nordic neighbourhoods

In a fashion that is likely unprecedented, the 8th edition of the Oslo Architecture Triennale was kicked off with roundtable discussions led not by famous star architects, but by their public counterparts, with city architects from key Nordic cities such as Copenhagen, Stockholm, Malmø, Trondheim, and Bergen framing the introductions.

Participants of the Triennale Camp event at the end of March – some 100 people from diverse backgrounds – may have expected presentations of some of the world’s most exciting new buildings. In contrast, participants were confronted with urban planning schemes, vast master plans, in-depth demographic analyses, and first-person accounts of neighbourhoods under rapid change.

The Triennale’s stated goal is to establish a Nordic Neighborhood Network or ‘Lab’ across the Nordic cities, in what will be the first step to addressing what the Triennale theme calls a “lack of focus on the quality of neighbourhoods” in recent urban development projects throughout the Nordic region. For the Triennale team, this phenomenon is perhaps most visible in and around the host city of Oslo, Norway, which, as an obvious exception during the event, was one of the few cities present without a city architect. That process is currently being decided by City Hall.
The drabness of generic urban production, with no ability to consider community development, appeared to be the main concern. The director and chief curator of the Triennale, Christian Pagh (a Dane with a background in philosophy and cultural studies), stated his concerns:

“The feeling of sadness and frustration from not achieving neighbourhood production feels really urgent. Why is our time not able to produce neighbourhoods like our ancestors, in some of the richest and most educated populations?”

Indeed, much recent debate in Oslo has highlighted issues similar to Pagh’s frustration. Despite being one of the world’s richest and most democratic countries, a plethora of recent critiques on Norwegian urban developments – the lack of participation, soaring housing prices, and dreary, low quality construction – stands in stark contrast to citizens’ expectations. Ongoing construction projects in and around Oslo have now raised calls to politicians to put a stop to dense “block” construction, citing quality of life concerns. The Triennale theme can therefore be seen as an attempt to address some of these mounting issues head-on.

There are some points of optimism in the air as well. Pagh describes “a feeling of hope” in that “many people are eager to change the manner in which we are producing urbanity”. This is perhaps why city architects from around the Nordic region were invited to present their ways of working, and some of their future plans. As a whole, the participants appeared willing and engaged to tackle the uncommon and indeed wicked problem of neighbourhood quality and urban development, while embracing the opportunity to meet some of their peers, perhaps for the first time.

From projects, to process

The city architect of Copenhagen, Camilla van Deurs, former partner at Jan Gehl architects (Gehl authored the infamous 1971 “life between buildings” doctrine), impressively presented Copenhagen Municipality’s approach and ongoing plans. According to her, an annual investment budget of 5 billion DKK into urban projects is a key tool. Van Deurs simultaneously points out the weakness of Danish planning law, at least in terms of participation, which comes so late in the process that by the time citizen participation is legally mandated, all of the critical decisions have already been made.

Director of Design and Architecture Norway (DogA) and host, architect Tor Inge Heimdal, presented a historic analysis of urban development ideology, from the pre- and post war modernist ‘master plan’ to the postmodernist 70s and 80s doctrine of the ‘single architectural project’. This ‘project’ ideology – often a compromise between public and private interests – has taken the forefront, which Heimdal also argues that Norway in particular has been fairly good at institutionalizing, with the construction market now one of Norway’s largest economies after oil and fisheries.

However, the focus on single projects has had the tendency to consolidate investments within one project at a time – detracting from the ability to think holistically and institute neighbourhood development planning in the long term – signalling what Heimdal sees as the need to shift focus from projects to ‘processes’ of urban planning and development. These opinions are echoed more or less daily in the press, regarding everything from the lack of ability to plan a functional housing market or to make beautiful new neighbourhoods.

Urbanist, interaction designer and associate professor at AHO – the Oslo School of Architecture and Design, Einar Sneve Martinussen, followed this notion up by presenting research work such as the Norwegian Government 2040 Futures Plan and the Oslo Innovation Strategy. These works highlight the use of design methodologies such as user participation and prototyping to develop four possible future scenarios for Norway and over 70 new concepts and services for Oslo. A common thread across the work is local field studies, including interviews, prototypes and other forms of local citizen engagement, on site with intended users in their daily environments.

In a similar tone, Bergen City architect Maria Molden (the first City Architect in Norway following a hiatus of several decades) highlighted the importance of neighbourhood self-determination. She rounded off her thoughts by presenting a local music festival in her city arranged by the inhabitants themselves. Against the backdrop of the picturesque and dense undulating timber houses of the historic city centre of Bergen, one quickly wonders whether such a festival would be equally successful, or even possible at all, in one of the more contemporary developments nearby.

Planning after the pandemic

It should be noted that the Triennale Camp was also one of the first professional architectural events in the international circuit after the COVID-19 pandemic. Did the theme arise from architects rethinking their priorities while being stuck inside during a two-year pandemic? Is architecture more concerned with urban and neighbourhood environments after a time when planes have been grounded, and urban public space has been one of the few remaining meeting areas? Or has the replacement of public events with digital commentary exposed architects to the surging popularity of social media movements such as the “architectural uprising” now spreading across the Nordic countries?

Recent work on cities and urban theory has also signalled a shift to more local matters. Pagh cites Carlos Moreno, one of the founders of the “smart cities” movement, and advocates for Jane Jacobs’ theories of community activism, as an inspiration. Moreno’s idea of the “15-minute city” – a concept for “a return to a local way of life” in which urban inhabitants can meet their needs within their own neighbourhoods – has gained traction in cities such as Paris, Portland, Bogota, and Melbourne.

Pagh also noted that this year’s theme marks “a transition from concentrating on what new things that can be made, to what good things that can be lost”. In this way, the ‘neighbourhood’ concept is not just a manner to discuss urbanity, but a manner in which to discuss “the physical, the social, and the ‘ideal’ dimensions of places”, noting that neighbourhoods, in particular, have “a sort of ideal dimension of sharing or community”. In other words, the pandemic may have exposed the importance of idealism at the local level.

After globalization, a return to neighbourhoods

In 1992, Francis Fukuyama published The End of History and the Last Man, arguing that after the fall of the Iron Curtain, Western liberal democracy was the final form of global governance. For decades, globalized Western architecture has prided itself on the ability to design buildings and cities from a similar theoretical and methodological standpoint for nearly anywhere on the planet. This trend has been supported by an internationally standardized educational system and a globally mobile labour force, making it common for professionals to exchange ideas and expertise across international fora, such as the Triennale.

In many ways we can see that the first Oslo Architecture Triennales, Ways of Living (2000), Visions for the Capital (2003), and Culture of Risk (2007), followed this example by seeking to attract and apply international examples to Oslo, while opening a space to challenge innovative thinking and risk taking in architecture. The 2008 financial crisis marked a slight shift in triannual themes in order to focus on global issues such as sustainability and migration, with Man Made (2010), Behind the Green Door (2013), After Belonging (2016), and Degrowth (2019).

The Triennale also comes at a time of global crises – from the COVID-19 pandemic, the Russian War in Ukraine, and the climate crisis. One wonders if such an inward focus on the neighbourhood and the Nordic region can possibly be read as an abandonment of architecture’s globalist ambitions, and at times, even global relevance. After all, architecture’s ability to mobilise investments along grand global narratives has been one its major strengths during the past decades.

Simultaneously, globalisation has come at a price, especially to local communities and the working class. The Nordic model, possessing some of the world’s most successful social democracies, may have a special role to play in the shift to a multipolar geopolitical environment. The Triennale’s focus on neighbourhoods could here be read as the first step in a reckoning with local issues as a fortification of values and ideals in a time of contention between Western nations and increasingly antidemocratic autocracies.

In the final part of the Camp event, the workshop participants selected a range of issues and proposals for moving forward, including legal amendments to the planning and building act, clauses for social housing in new developments, and methods for citizen participation. This was certainly the most unexpected – and successful – deviation from any regular architecture event. In this way, the Triennale suggests a transition from architects concerned primarily with theories and methods for designing buildings, to working in a detailed manner with the legal and procedural structure of the city and urban planning.

This transition is also marked by a structural change in the Triennale, from an international external curatorial team, to a joint manager and curatorial position in the sole hands of Pagh and his team. For the moment, this wide mandate, both operationally and curatorially, has created a Triennale with a far wider ambition than merely discussing architecture, instead appearing as a think tank covering Nordic countries, cities, and governance structures.

As the Triennale continues into its formal opening after the summer of 2022, we are likely to see in which manner Pagh’s vision has begun to shape the discourse and policy outside of its host capital of Oslo. This will likely end up with a mix of expected and unexpected outcomes, which for the moment, seems to be the whole point.

This is the first part of Weekly’s new series continuing the Design and Architecture discussions that begins at international festivals. The series has been started in co-operation with the Finnish-Norwegian Cultural Institute (FINNO). Institute fosters collaboration, dialogue and mobility between Finnish and Norwegian cultural actors.